In between helping kids with online homework and teaching their own virtual classes at the Ed School, a half dozen faculty members posed for "porch-raits" outside the place they've called their office since March: their homes.

It was a few weeks after this pandemic took hold. Jason Grow, a photographer whose work has appeared in Ed. several times over the past few years, was feeling restless. Spring assignments had been canceled. The chance of getting new jobs, at least for the short term, was pretty slim. He was, as he says, “stuck in covid limbo.” But he had a plan. He knew that many families in the Cape Ann community on the north shore of Massachusetts where he lives were out of work and needed help. He also knew that many people were also feeling restless after being cooped up inside. So Grow, along with three other local photographers, started a family “porch-rait” project to benefit a local food pantry. Families gathered on their porches and stoops, in adirondack chairs and front yards, while the photographers stood a safe distance away on sidewalks and walkways, cameras in hand. Initially they thought they might get 50 or so families, but by the time they finished, they had photographed 250 families and organizations and raised about $30,000.

As we were thinking about this issue of Ed., we knew it would be fun to do something similar — a series of porch-raits showing faculty members at home with their families. We gave Grow a list of six faculty members. We wanted a mix of people and family types, and ended up with one faculty member who has been affiliated with the Ed School for more than four decades (Pamela Mason), two who joined the community in the last few years (Junlei Li and Peter Blair), and another who has been here for about a dozen (Mandy Savitz-Romer). We also got a two-for-one porch-rait with one of our faculty couples (Heather Hill and Jon Star).

Incredibly, Grow shot all of the photos in one day in early September, just as the virtual fall semester was kicking off at Harvard, racing from two locations in Boston to two in Arlington, then back again to Boston. One of the upsides of having most K–12 schools also virtual (or partly virtual) is that the younger children of faculty members were able to take part in the photo shoots. (Pamela Mason’s adult children had, unfortunately, just left Boston.) We ended up with a great snapshot of another side of our faculty we rarely see, wearing jeans and shorts and standing in driveways with kids nearby.

This, of course, spurred another idea: Have alumni submit their own porch-raits. Nearly 100 did. 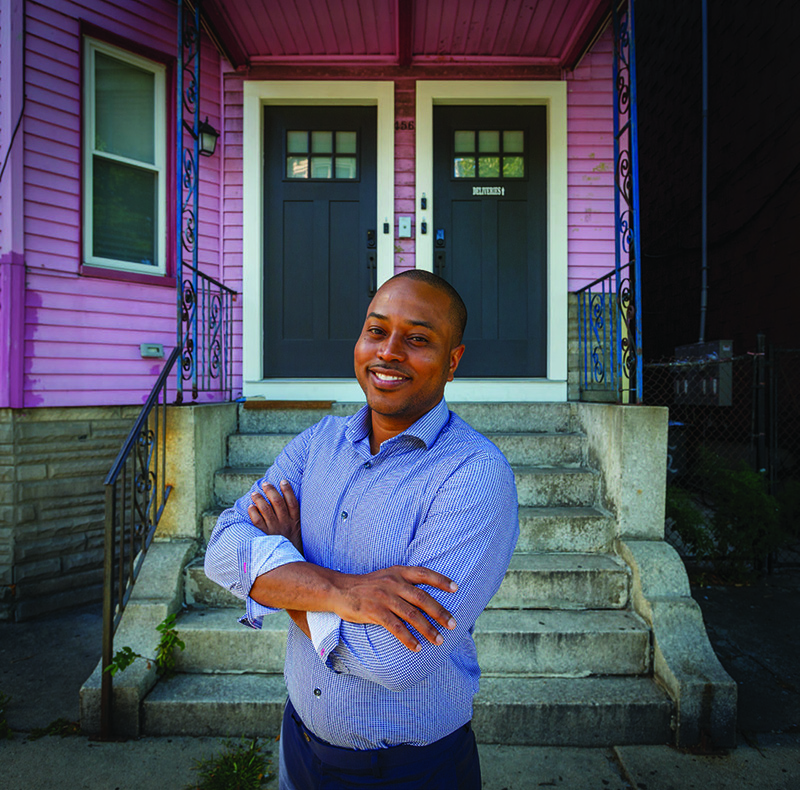 Peter Blair, Assistant Professor | East Boston
“At first working from home felt unfamiliar. A few weeks in, I mastered the art of switching between the dining room and living room throughout the course of the day to create variety in my workspace. Working from home I grew to enjoy long walks in the park and time of stillness and reflection in the Boston Harbor.” 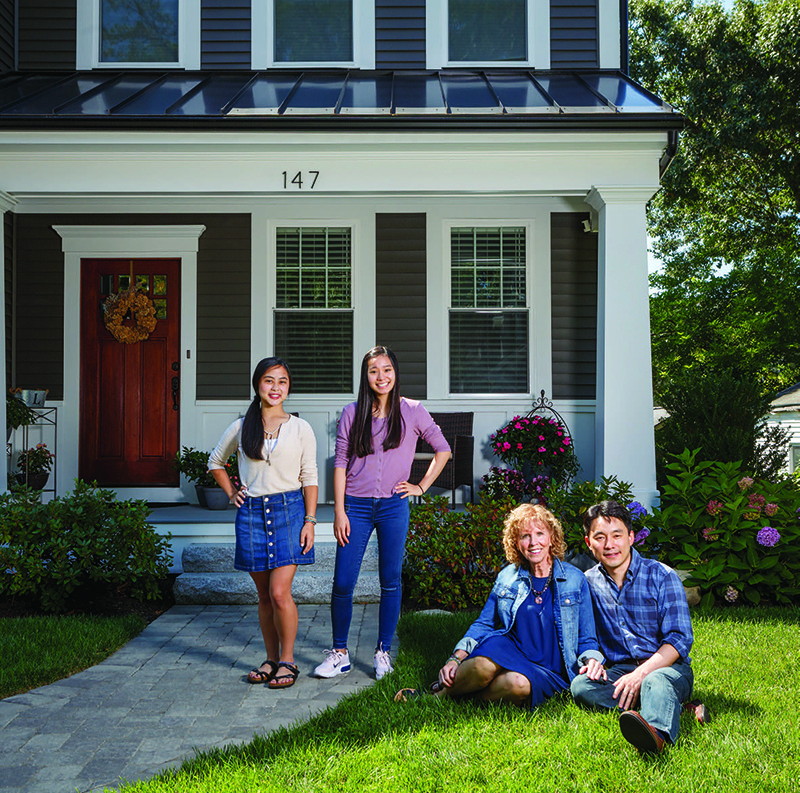 Junlei Li, Senior Lecturer | Arlington, Massachusetts
From left: Aggie, Annie, Karen, and Junlei
“Working from home has been a daily reminder to reach out and connect with people intentionally, even if we cannot intuitively reach  out and connect in person.” 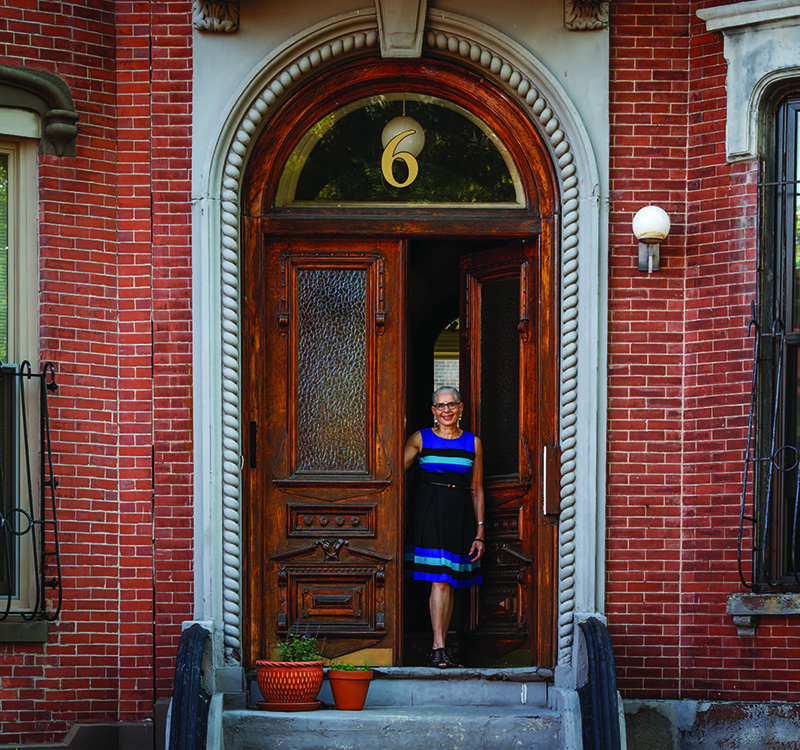 Pamela Mason, M.A.T.’70, Ed.D.’75, Director Language and Literacy Program; Senior Lecturer | South End, Boston
“As a creature of habit, working from home has made me rethink what boundaries are necessary, nice, and just plain ridiculous. I still get dressed for work but more casually. I still separate my work emails from my personal emails. I still try not to work on Saturdays. Making time for family and friends remotely has been a priority for me. Just between us, I do miss Larsen Hall and Appian Way. HGSE is an important community to me.” 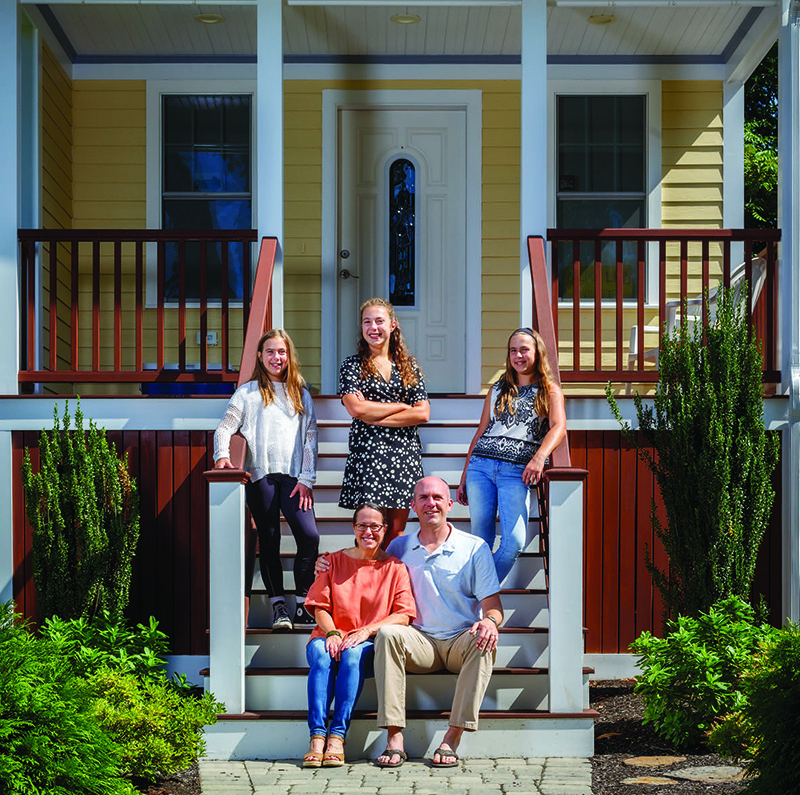 Mandy Savitz-Romer, Director, Prevention Science and Practice Program; Senior Lecturer | Roslindale, Boston
Clockwise from top left: Ruby, Sydney, Lilly, Toby, and Mandy
“My kids attend the Boston Public Schools, which are largely remote. As a result, I have gained three new work colleagues and we are together all day, every day. An unexpected benefit has been the ability to eavesdrop on my kids’ classes and witnessing up close the adaptability and creativity of Boston’s teachers and students. Don’t get me wrong, my new colleagues are a major distraction and I miss my real work colleagues A LOT. However, working alongside them has given me a wider window into how K–12 is adapting to new challenges brought on by the pandemic.” 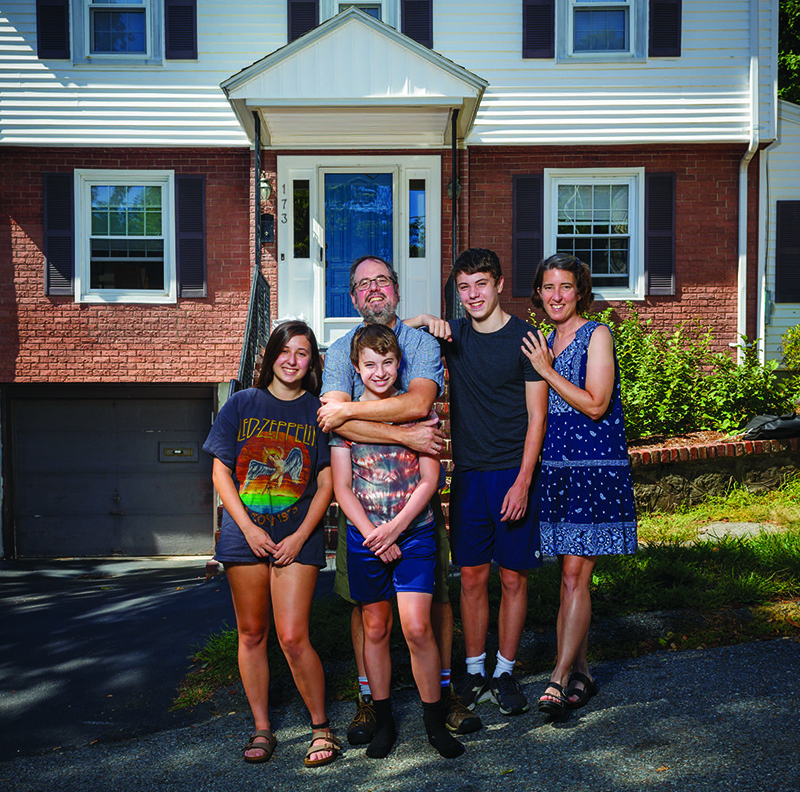 Jon Star, Ed.M.’93, and Heather Hill, Professors | Arlington, Massachusetts
From left: Nora, Jon [hugging Seth], Nathan, and Heather
“We are lucky to have plenty of space in our home, kids who (mostly) get along, schools and teachers that stepped up, and understanding colleagues. All in all, not so bad. Jon did have to re-install ethernet cables, however. And when you’re trying to concentrate on work but hear voices in your head, you’ve got to remember that it’s just the four other people in your family on Zoom calls.” 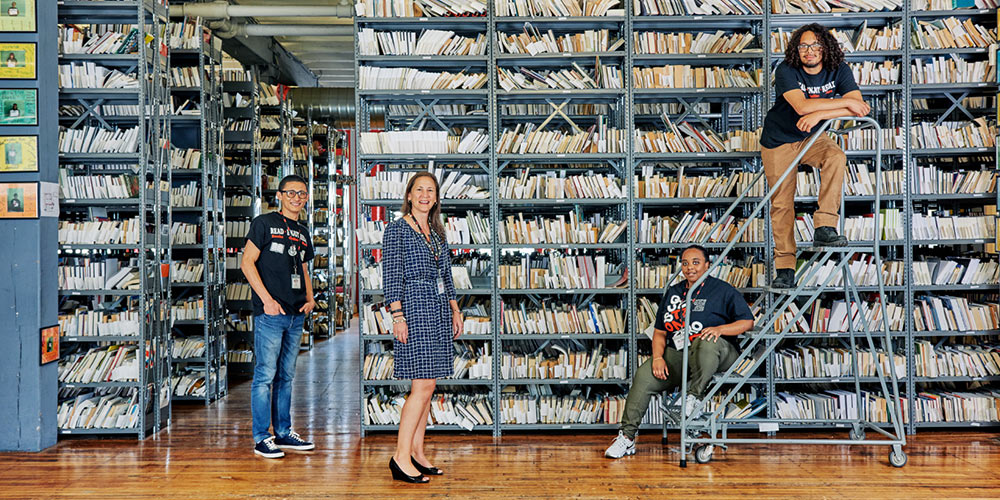 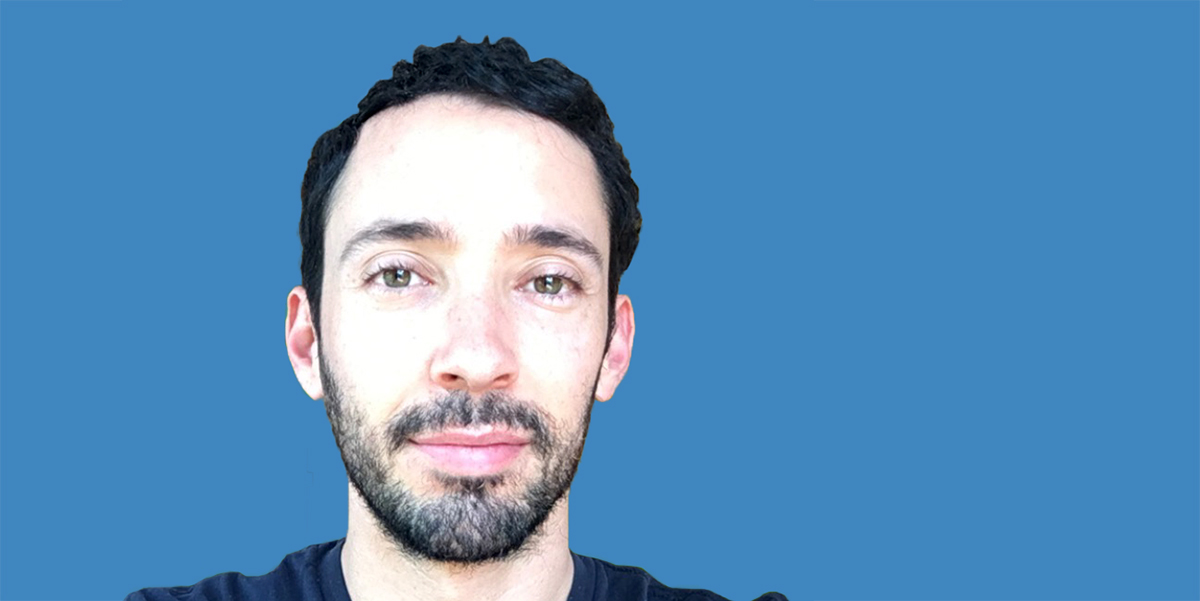