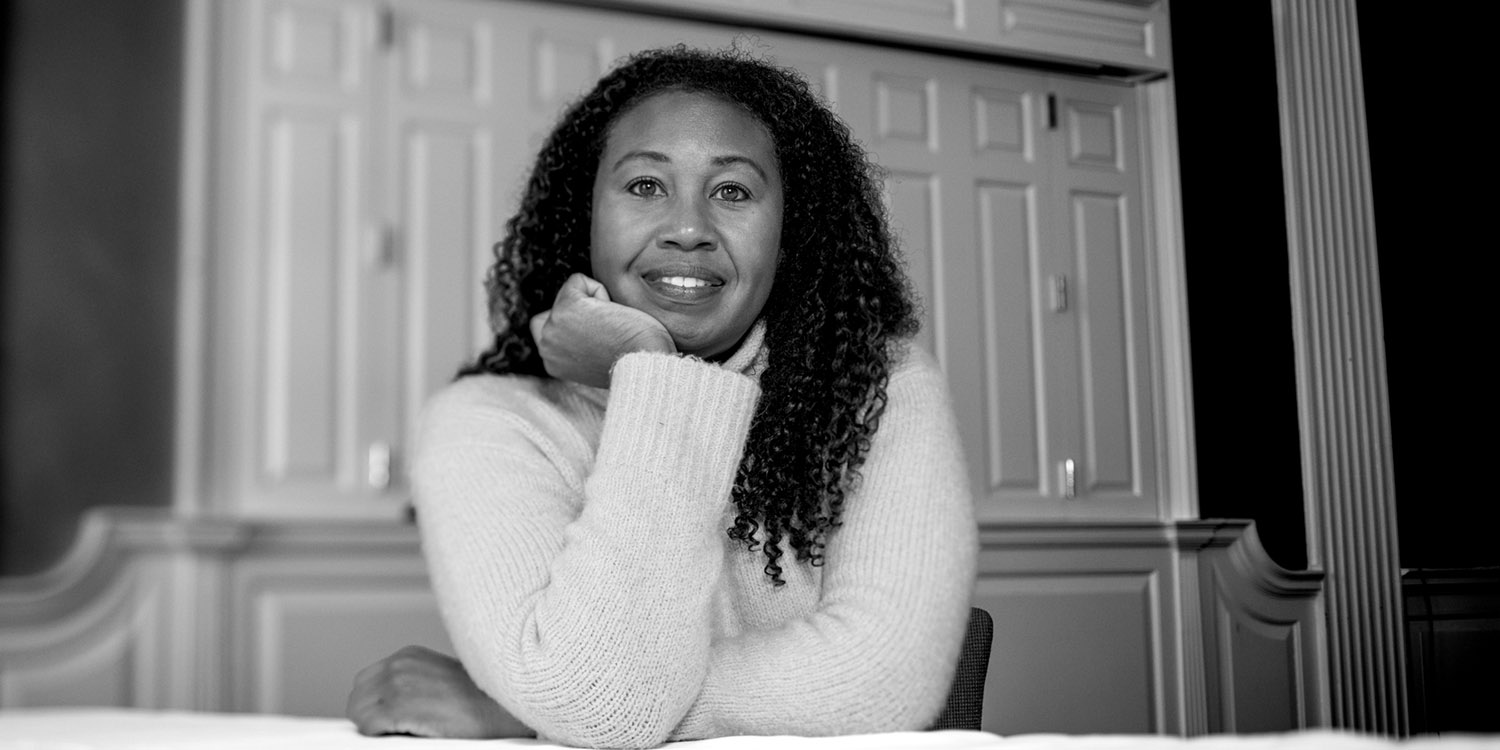 You've seen her on TV, most notably playing Deputy Kenya Jones on True Blood and Crystal Burset on Netflix’s Orange is the New Black. Back in the day, she briefly was Theo Huxtable’s girlfriend.

These days, you’ve also seen her around Harvard, especially at the iLab and on Appian Way, because actress Tanya Wright, Ed.M.’22, has spent the last year as a student in the new Learning, Design, Innovation, and Technology (LDIT) master’s degree program.

“I came to the Ed School after I saw the inequities that were laid bare due to the pandemic. I felt like I could be helpful,” she says, especially with her idea to create educational, story-driven content for young people. “But I knew I had to educate myself formally first.”

The content Wright started creating relates to Hairiette of Harlem, an animated educational children’s franchise about a 7-year-old girl named Hairiette who realizes her hair is magic and goes on learning adventures with her friend, Charlie the Talking Comb. The idea for Hairiette came in part from a hair care company Wright had started a couple of years ago by the same name, and a related book, I Found God in My Hair.

“I realized I was more passionate about educating children than I was about manufacturing and distributing hair products,” she says. When a friend applying to the Harvard Divinity School sent her information about LDIT, becoming a graduate student started creeping into her brain.

“I didn’t think I had the bandwidth to go back to school, but the program was so intriguing, and it kept gnawing at me. It was exactly what I wanted to do!” she says. “I called [LDIT assistant director] Rilda Kissel in hopes she would talk me out of applying, but instead the opposite happened. I started filling out my application right after I got off the phone. When I got accepted, I shut my life down in Los Angeles, took an Amtrak from LA to New York City — the CDC recommended we avoid the airports due to COVID-19 — found an apartment in Cambridge, and set up shop! I went all in.”

That included spending time last fall at the Harvard iLab and working on various aspects of the Hairiette brand in each of her classes.

“In Deeper Learning, I created a mobile financial literacy program; in Connected Teaching, I started building a digital platform to help kids read using the Hairiette book series, which will help them learn vocabulary and reading comprehension,” she says. “I’m building a delivery system with peers in this class which will mitigate the need for a traditional publisher. And my Motivation class has been instrumental in helping me build a prototype for a Big Hair Hairiette! game.”

Is she happy she made that decision to board the Amtrak to Harvard?

“Going back to school at this time in my life was not something I anticipated but has probably been one of the most important and impactful choices of my life,” she says. “I am an eager and engaged student, far more so than I was as an undergrad.

“While I have been blessed to have a cool acting career, I feel like Hollywood hasn’t always known exactly what to do with me. They’ve been leaving a lot on the table! I have found my tribe here at Harvard, mostly with my peers. They are kind, exuberant, curious, and whip smart. They are truly inspiring and inspired. I hope to be impactful at the intersection of education and entertainment. Hairiette of Harlem is just one of many projects.”