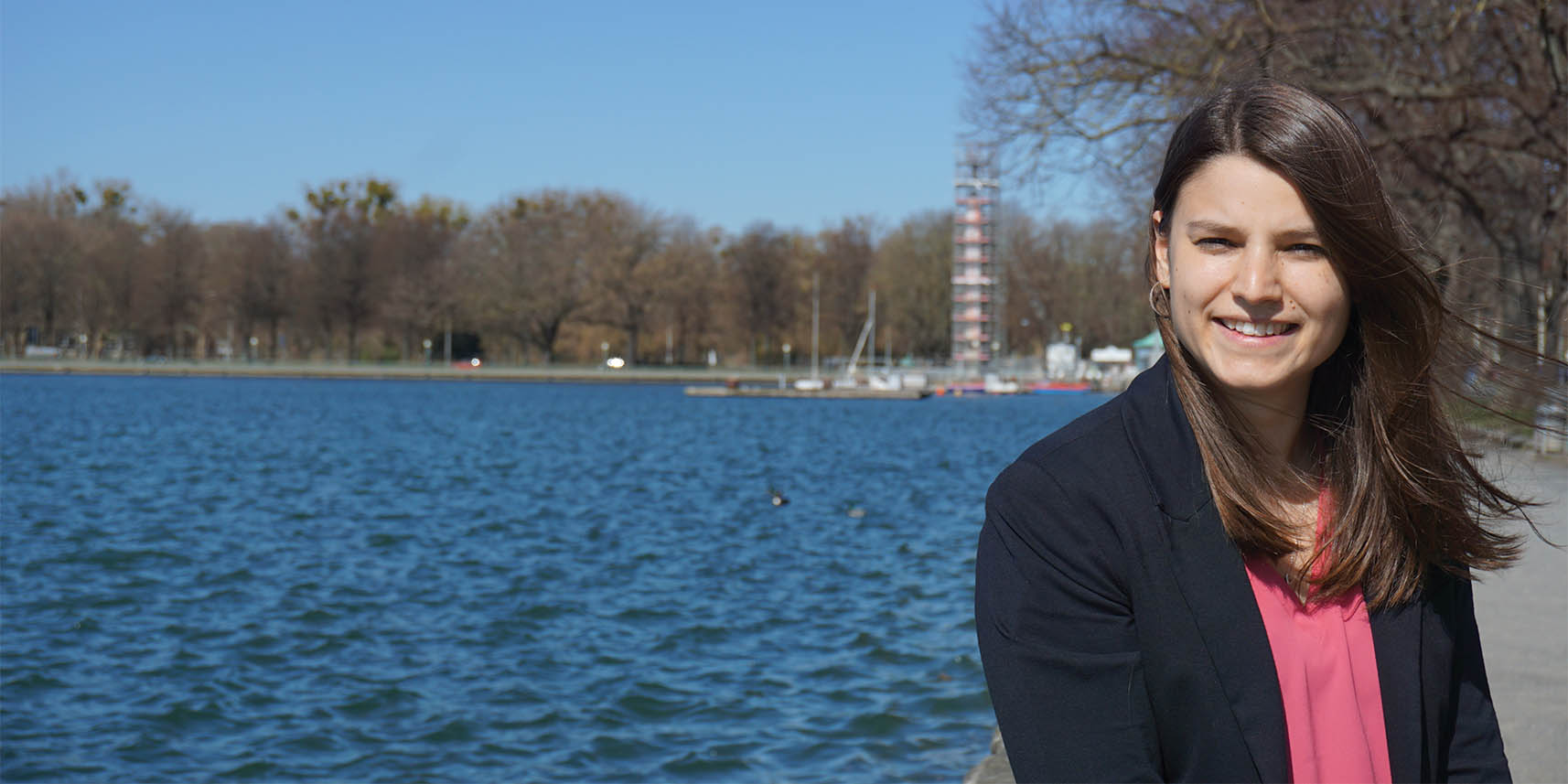 Steinfield at the Georgengarten garden in Hannover, Germany

For master's student Manya Steinfield, it was clear: If the Ed School hadn’t gone fully virtual this year, or offered a part-time option, she would not have been able to attend. Instead, she would have had to quit her full-time job and move back to the United States from Germany, where her husband had been offered a promotion and where she had been teaching humanities and psychology at a school in Hannover since 2019.

Virtual and part-time were clearly the best options for her.

“I love the fact that I can keep teaching full time and take the program part time,” she says. “I can live in Europe and be with my husband, continue working, and do the degree.”

What’s been especially useful (and something grad students rarely get to do) is apply what she’s learning at Harvard directly to her teaching in real time, and vice versa.

“There are so many opportunities where I learn something at night at Harvard and it’s in my class the next day,” she says. For example, mirroring her Ed School experience, “I use breakout rooms now with assigned roles and note catchers like Google slides or a group Google doc — thank you, Professor Bondie! — and I use the chat to capture ideas and then ask students to see commonality amongst the responses.” Being a virtual student has also taught her some of the nuts and bolts about what works (and doesn’t) in online teaching, like being clear about the order she wants students to participate and giving students time to think before they’re asked to speak. She also realized early on that it was important to let her students know this was all new for her, too. “I am open with them that I am learning how to teach online just as they are learning how to learn online,” she says. “The hgse professors were open with us as well and I appreciated that.” In the end, “To be able to quickly apply what I learn has made me a much better teacher in just a short time.”

An added bonus, she says, is that she can also take lessons from her teaching back to Harvard. “This probably happens once a week. During one of my Harvard classes, I will bring up something that happened in my teaching,” she says. “For example, I took the J-term equity course on language. We discussed how important it is for students to be able to express themselves in their mother tongue and feel their culture has a place in school. That same week, one of my students was doing a research project and used his grandma as a resource.” At the Ed School, she talked about how, at one point, she wouldn’t have considered a grandma to be a reputable source but then realized she was using the wrong standards with her students. “She knows more about the city than any of us and it gave him the opportunity to connect to his grandma. How special.”

Steinfield has found other positives to being at a grad school that, despite having to go fully virtual, made it a priority early on to connect people. From day one, “hgse presented itself as super intentional, thoughtful, and organized,” she says. “There was a sense that they wouldn’t do this if it wasn’t right for learning.” She looked into another, closer program but it was limited to her communicating with just a tutor, not other students. “I need people and conversations to learn and hgse made it clear they were going to make that a priority.”

Since then, she says she’s benefited from having classmates from all over the world.

“In my Deeper Learning class, for example, we had several students from India who shared the struggles they have with teacher training and teacher development,” she says. “They brought to our attention the need to back up and think about people before they even get into the schools and what the system is like. I also had a classmate in Nigeria and during the unrest there, it was so valuable for me to hear a firsthand account of life there during that time.”

Steinfield says that being part time also allows her to spread out into two years what is normally a one-year program.

“I like that I can really focus on the classes I am taking and apply what I am learning more slowly,” she says. “With just half the workload of a full-time student, I still feel like I am drinking from a fire hose sometimes. There is just so much to learn!” What Will You Remember the Most from This Bizarre Year of Learning Virtually?