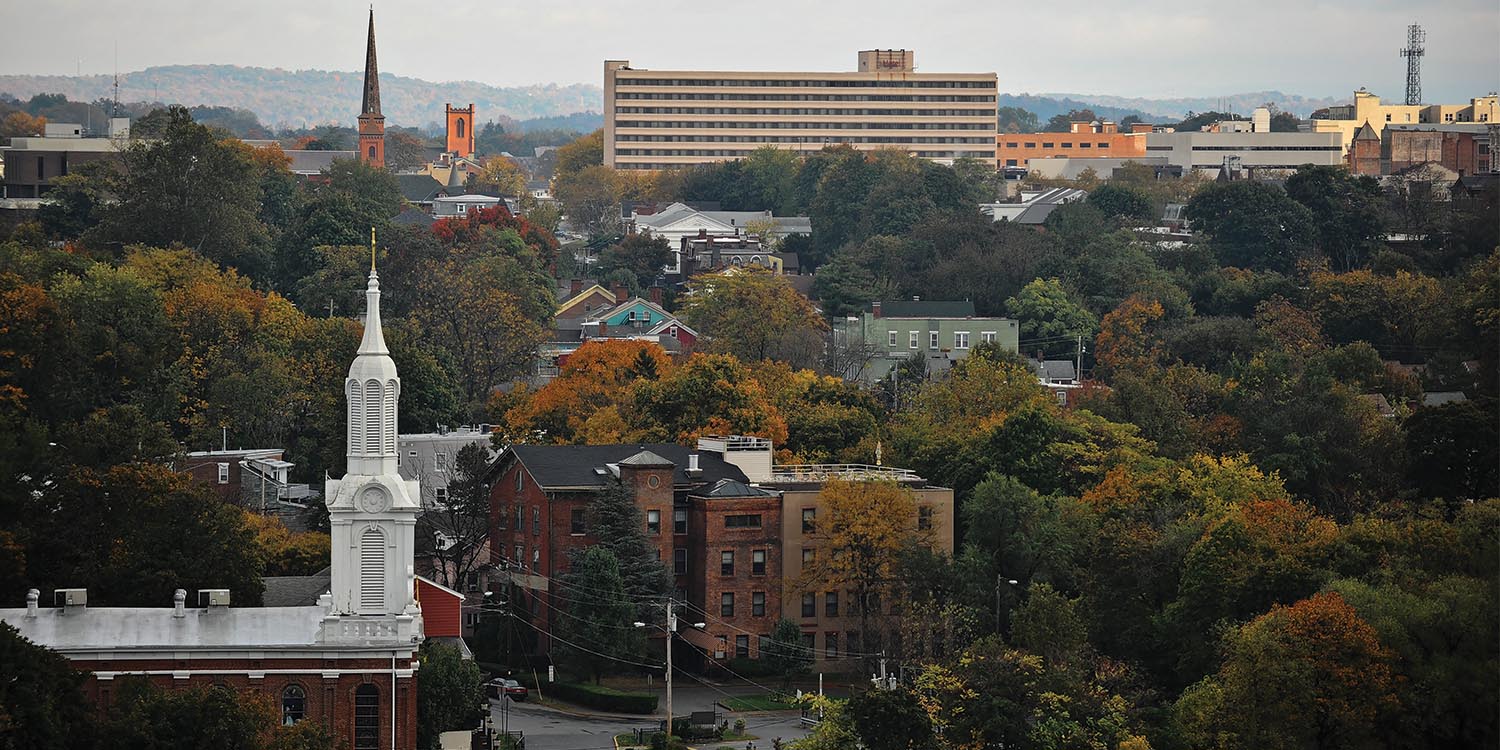 "You need to get out of here. Leave and go anywhere else. This town doesn’t have anything for you. Leave and don’t look back.”

It was my senior year of high school when one of my old football coaches shared these words of advice. He was responding to my impassioned soliloquy about going off into the world to gain the experiences I needed to come back and transform my hometown of Poughkeepsie, New York. His words were the convergence of dozens of individuals and coming-of-age moments throughout my childhood and adolescence that pushed me to think that the best thing I could do with my life was “get out of the hood” and escape the quicksand of my community.

Growing up in a small city can be a source of great pride: I was raised by a village of parents, educators, church members, aunts, and uncles who taught me from an early age that their investment in my development wasn’t only about achieving upward mobility. They instilled in me a belief that my purpose was linked to my community’s purpose — that our destinies and aspirations were intertwined.

But a small city can also be a place plagued with hopelessness and insecurity. Like many people from little known communities, I had a chip on my shoulder and was defensive about where I came from. It was the classic, “I can talk about my momma, but you can’t talk about my momma” disposition. 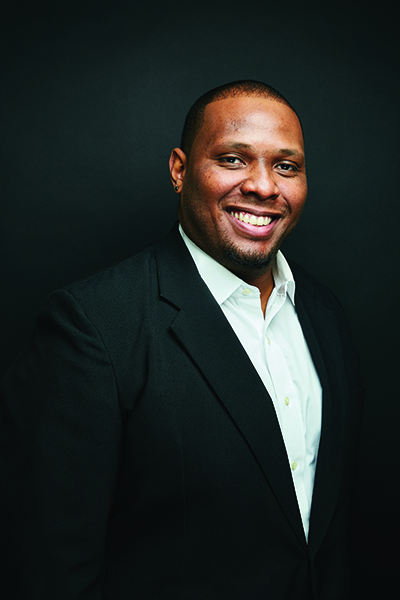 In the city of Poughkeepsie, one in four children grow up in poverty. Our majority-minority public school system is consistently ranked as one of the state’s worst and our educational outcomes are well below high-poverty peer districts. Data on upward mobility reveals that someone who grew up in my old neighborhood will have a median income of $24,000 as an adult. For a number of years, we had the second-highest violent crime rate per capita in New York. As a post-industrial city suffering from a decline in young professionals across key industries and the lingering impacts of brain drain, it has often felt like our best days were behind us.

Growing up, parents and students from neighboring towns looked down on us at music and academic competitions. Kids from New York City confused us with all-white affluent Westchester County towns. Year after year, we lost to better resourced communities in the state football and basketball playoffs. I had something to prove and Poughkeepsie did too.

It was with that motivation that I left home for Harvard College with big dreams of harnessing this once-in-a-lifetime opportunity to learn from the world and bring it back to my city. It’s what I dreamed about growing up in public housing, and what I had made plans to do over countless late night hangouts on the banks of the Hudson River with my boys.

But as the years went by, Poughkeepsie retreated from the forefront of my ambition. The words of my football coach re-emerged in new forms. At Harvard, I quickly learned that Goldman, McKinsey, the White House, and the United Nations were the gold standard. Big dreams for small towns wasn’t exactly written on any of the Latin inscriptions across campus. Going back home to do anything seemed like failure or a lack of ambition.

After spending several summers abroad in college studying in Spain and doing public service work in Argentina, I doubled down on pursuing my passions to explore the world. I pursued a career in international development, served with the Peace Corps, and later worked on big projects supported by the UN, the World Bank, and USAID. But even in the moments where I felt most proud, I kept thinking back to Poughkeepsie and what I had left behind.

From afar, I read newspaper headlines about the murder of my neighbor’s son and my former high school’s 48% graduation rate. I heard from my younger siblings about their struggles to navigate the college admissions process without the type of coaching that the rich kids in nearby districts received. I wondered if I’d ever have a real shot at doing something about Poughkeepsie’s original sins that drove me into the world in the first place.

Eventually, I returned to the United States and to Harvard for a master’s in education. I had more clarity on the issues of civic engagement that really interested me and found a great community of scholars and practitioners that supported my professional journey. At the same time, everywhere I looked, there seemed to be no room for the Poughkeepsies of the world. Students wanted to go to Harlem, the Southside of Chicago, Buenos Aires, or other communities that had real struggles but also the fame and renown to attract top talent. Faculty partnered with big foundations that were concerned with the scale of big cities or the isolation of rural areas. There wasn’t much interest in small cities, especially those sitting in the shadow of New York City.

I remember reaching out to several professors and leaders from national nonprofits about the possibility of expanding the reach of their work to my hometown, making the case that we had all the problems of big cities but lacked the institutional firepower to address them. I was politely turned down; they weren’t interested and we didn’t seem to matter, even in spaces that were geared towards fighting for the forgotten.

Despite a few setbacks, I continued to spend time exploring potential opportunities to stay connected to home. In a chance encounter with my former guidance counselor, he encouraged me to reach out to Michael Murphy, an architect and Poughkeepsie native who had recently led the design of the National Memorial for Peace and Justice and opened a satellite office of his organization, MASS Design, in Poughkeepsie. He had a dream of telling the story of why Poughkeepsie mattered spatially.

Through conversations with Michael, I was introduced to James Watson, another Poughkeepsie native who had worked for 60 Minutes and was partnering with a Culinary Institute of America-trained chef to reimagine food access in our public school system. We joined forces with Kylynn Grier, a social justice practitioner and Poughkeepsie public schools graduate who was working on issues of educational equity for girls and women of color in New York City.

"My entire life I’ve been chasing the idea of homecoming. It’s only now that I’ve realized that home isn’t just about moving back. It’s a mindset."

Together, we connected with local leaders constructing new narratives about our city through their work in early childhood development, sustainable infrastructure, youth empowerment, and community wealth creation. I realized that there was a new generation of civic leaders committed to Poughkeepsie’s revival, striving to learn from those who came before, and eager to position our city in a national and global context.

By rekindling old relationships and cultivating new ones, a conversation turned an idea into a catalytic opportunity. With Kylynn and James, we hosted the Poughkeepsie Summit at Harvard, convening 25 local leaders to reimagine public education and youth development in our city. The meeting was the genesis of The Poughkeepsie Children’s Cabinet, a collective impact organization geared towards establishing a citywide cradle-to-career agenda for children, youth, and families. Since its inception, the cabinet has received major support from the Ed School’s EdRedesign Lab and their By All Means initiative. This convergence of thought partnerships has helped bolster the cabinet’s role in coordinating COVID-19 response in our city and creating a common vision for addressing the socioeconomic determinants that impact learning. The summit also led to the creation of Lead for Poughkeepsie, a new two-year public service fellowship program to recruit young people to stay or come back home and work on issues of com munity development.

Through our efforts, Poughkeepsie is starting to gain national coverage and be included in conversations with communities whose shadows we always lived in. We’re beginning to make the case that “fringe cities” like Poughkeepsie can become “demonstration cities” with an ideal scale for addressing social inequality through innovative approaches to civic renewal and collective impact.

My entire life I’ve been chasing the idea of homecoming. It’s only now that I’ve realized that home isn’t just about moving back. It’s a mindset. Poughkeepsie doesn’t have to be a place to build once I’ve made my mark elsewhere. It can be the place where everyone comes to build. Homecoming can bridge our life’s lessons, adventures and hopes for society with the people and communities we’re closest to. None of us have to make the false choice between moving on from where we’re from and going off to engage with the world.

The jury is still out on what the future of our city holds and if our efforts can be sustainable over time. What is clear is that we have an emerging critical mass of citizens, institutions, homecomers, and newcomers who stand poised to take us further than we’ve ever been before. I hope you’ll join us. It’s never too late to come home.

Rob Watson, Ed.M.’18, is the By All Means Poughkeepsie liaison. He is also the director of student programs at the Institute of Politics at Harvard Kennedy School, where he is pursuing his master’s in public administration