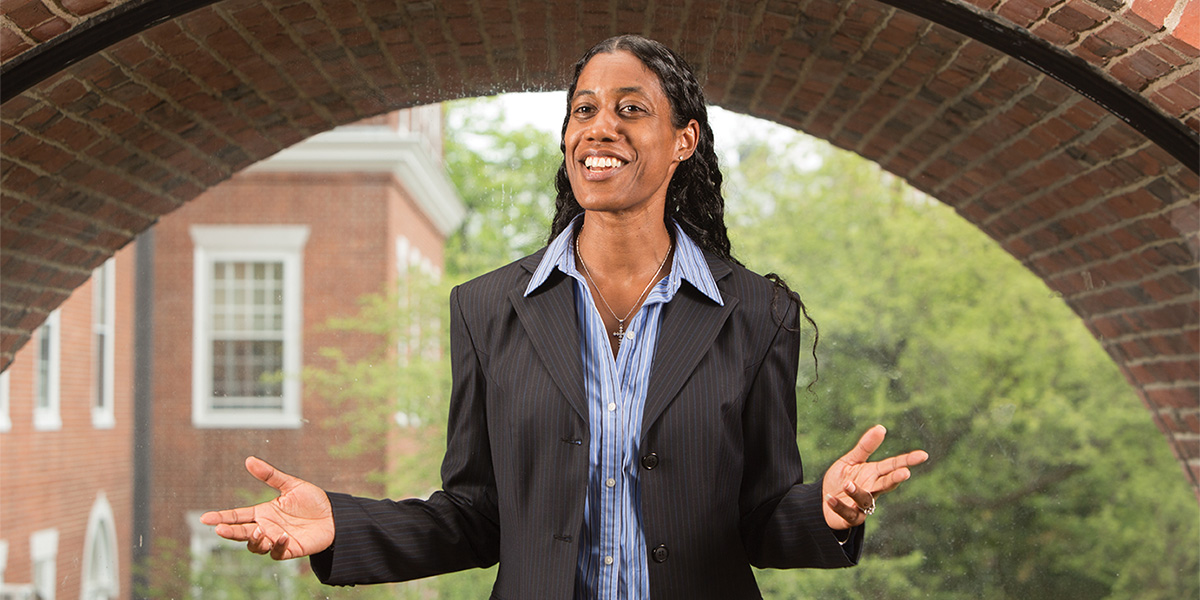 For more than 25 years, as a teacher, principal, intern superintendent, and an educational consultant for the past 19 years, Lynette Tannis, Ed.M.’10, Ed.D.’13, has strongly advocated the use of “running records” to dramatically improve the literacy skills of young readers.

Running records, an essential component of the “balanced literacy” approach, rely on close observations by a teacher as a student reads aloud. Pioneered by literacy innovator Marie Clay, running records are invaluable for accurately ascertaining skill levels, setting specific goals, and measuring progress, says Tannis, an adjunct lecturer on education at the Ed School. If the student says “jump” when the word on the page is “jumped,” for example, the teacher notes in the running record that the child should focus on word endings. Every month, during a one-on-one or small-group session, the student reads aloud as the teacher charts their progress using Fountas and Pinnell designations from A to Z.

“You’re looking at their body language, what their reading strengths are, and their word attack skills,” says Tannis, who was introduced to running records as a teacher in the 1990s in North Carolina. “What do you notice about their strengths, what areas you want to point out as they continue to improve their reading? If we are very clear what the reading target is, the child knows where they are and where they need to go.”

For the many students and schools across the country with whom Tannis has worked, the results have been dramatic. In 2001, Tannis implemented the running records system at a struggling New Jersey elementary school that ranked last in literacy achievement out of 10 schools in its district. Within two years, it leapt to number one. In 2012, Tannis was invited to train teachers on running records at the Bergen Arts and Science Charter Elementary School in Garfield, New Jersey, at which 56 percent of students receive free and reduced-lunch, and 25 to 30 percent are special education and ESL students. Within three years, 90 percent of students were reading at or above grade level, a significant jump, says Tannis.

In early 2020, Tannis began volunteering to help three young, struggling readers, two in New Jersey whom she met with in her home, and one she was planning to visit in his North Carolina home. Then, in March, the COVID-19 pandemic hit. Within days, schools and teachers around the country were forced to send kids home until further notice and Tannis canceled any in-person meetings.

Given the in-person observation on which running records relied, what would happen to these kids?

“Prior to the pandemic, if you asked me if you could take a running record virtually, I would have said, ‘No way,’” recalls Tannis. But she was determined that her students not lose ground. “I thought, I have to find something, I’ve got to keep them moving. Okay, everyone has turned to Zoom? Then I have to turn to Zoom for this.”

Like educators around the world, Tannis creatively adapted to an online platform. Instead of visiting the boys in their homes, she set up Zoom meetings where each one read aloud as Tannis kept his running record. To her delight, it worked. In January 2020, when she started working with one boy, he was reading at Level Q, which correlates to the end of third grade. She met with him every two weeks on Zoom and four months later, he read at Level WX, which equates to the end of seventh grade. Between April and August, another of the boys had a full grade-level gain.

“You can use the Zoom screenshare and pull up the book as a projectible and the child can read the text,” explains Tannis. “You’re seeing a child’s face, you’re making your tick marks” on his running record. “It’s not as ideal in person but you can still see them pause or make self-corrects.”

In March, as Tannis was switching to the virtual platform, the Bergen school reached out to her, worried about the pandemic’s effects on literacy. “I said, ‘How about using virtual running records?’” Tannis offered. Tannis held a training session the next month on virtual running records for the Bergen School and the five other elementary schools in the iLearn charter school system. She asked teachers to set aside Fridays for one-on-one and small-group support for readers, and three weeks later she held a follow-up session to analyze the data and to share celebrations and concerns with the new platform.

One teacher created a Bitmoji library, an interactive virtual library where students and parents can find virtual books appropriate for the child’s reading level, and others created other new resources. “We had the foundation thanks to Dr. Tannis, and then she helped us to twist it into a digital learning environment and our teachers just bloomed from there,” says Sheila Goodstein, director of the Bergen school.

It was important to build a trusting relationship with parents so they understood that a running record works for, not against, their child, says Shanyra Belfield, Bergen’s assistant director of academics. “You don’t want the parent at home tapping the kid on the shoulder” to prompt them, Belfield says. “You want to get authentic data results” for the student’s benefit.

In October 2020, Bergen administrators measured their students literacy levels, “panicked,” says Goodstein, that students had fallen dangerously behind. To their relief, they found that student literacy at the school had dropped by only 8 percent compared to a year earlier, October 2019. “If Dr. Tannis hadn’t come in and we hadn’t been able to figure out how to keep doing what we doing our numbers would have been so much lower,” says Goodstein. “We can’t wait to go back to normal and we’re confident that when we do, our kids are not going to have been left behind. They’re not going to be exactly where they should be if there wasn’t a pandemic, but they’re going to be really close.”

Tannis says it was exciting moment for her. “We’ve been out of school since March so I would have expected that gap to be much higher,” she says. “I sincerely believe it’s because of the consistently strong foundation and leadership over the years that the progress was most sustainable with Mrs. Goodstein and Ms. Belfield's leadership during COVID.” There were even some benefits to the virtual platform, including that reading aloud during a virtual session can be less distracting for children than a crowded classroom, Tannis adds.

And literacy really matters, she emphasizes. A child who at the end of third grade is unable to read at or above grade level is four times less likely to graduate from high school with their peers, studies show. When poverty is added into the mix, that child is 13 times less likely to graduate on time, and 75 percent of children who drop or get pushed out of school end up incarcerated, Tannis notes. “I would have the whole world trained in how to take a running record because we learn so much about ourselves as readers and learners,” she says.

Goodstein agrees. “As a school leader, I would say it’s never too late to implement the balanced literacy approach, which includes running records,” she says. “It has proven beneficial for our students, our families, and our staff, both during a pandemic” and otherwise. The virtual running record method “has taught us that nothing can stop us from educating our students and we can always reach our kids.”

– Elaine McArdle is a writer whose work has appeared frequently in Ed.