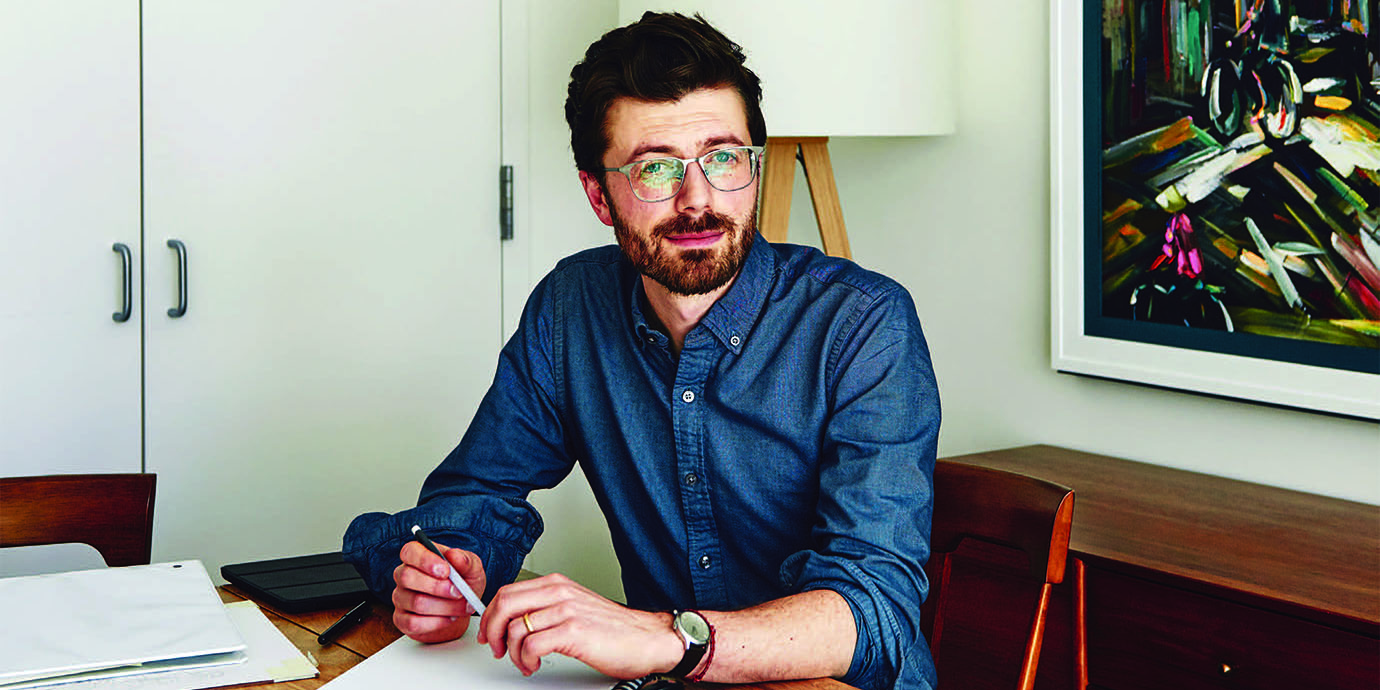 Since about the fourth grade, Drew Madson, Ed.M.’20, has been taking his first name seriously. He carries fancy pencils in his bag at all times. In class, he often takes notes using hand-drawn thought bubbles. And he doodles, constantly. “I have a ritual of doodling massive, free-associative cartoon scenes when I’m talking on the phone,” he says. “I also keep a notebook on top of my dresser so that anytime I put away clothes or pass by it, I draw something. I’ve drawn a lot that way. I draw anytime I’m on the subway. It’s a perfect practice for life-drawing.” It also helps with the political cartoons this teacher (and current founder of Read to Me, a platform that listens to students read and then offers coaching, as well as feedback to teachers) has created over the years, including for his college newspaper at Saint John’s University in Minnesota and, more recently, for the Harvard Kennedy School Senate Simulation. Earlier this year, Madson also tackled the illustration below: a look back at the academic year from a student’s perspective. It was a fun way, he says, to relive the memories of an extraordinary year that went by way too quickly. “Drawing this in January, and updating it in March, made me weirdly feel like I had lived a whole year,” he says. “It was a reminder of the power of gratitude and perspective. Perhaps, just like New Year’s is a holiday, we should have a holiday in June to celebrate the half of the year. You forget things, and this was a great way to remember and honor them.”

2019-2020. It was an unprecedented academic year, to say the least. In this illustration, Drew Madson, Ed.M.’20, highlights some of the more noteworthy moments, including Centennial, a therapy dog, 3D dinners, maker space Mark, campus turkeys, and of course, masks and Zoom classes. Check out more doodlings: drewmadson.com. 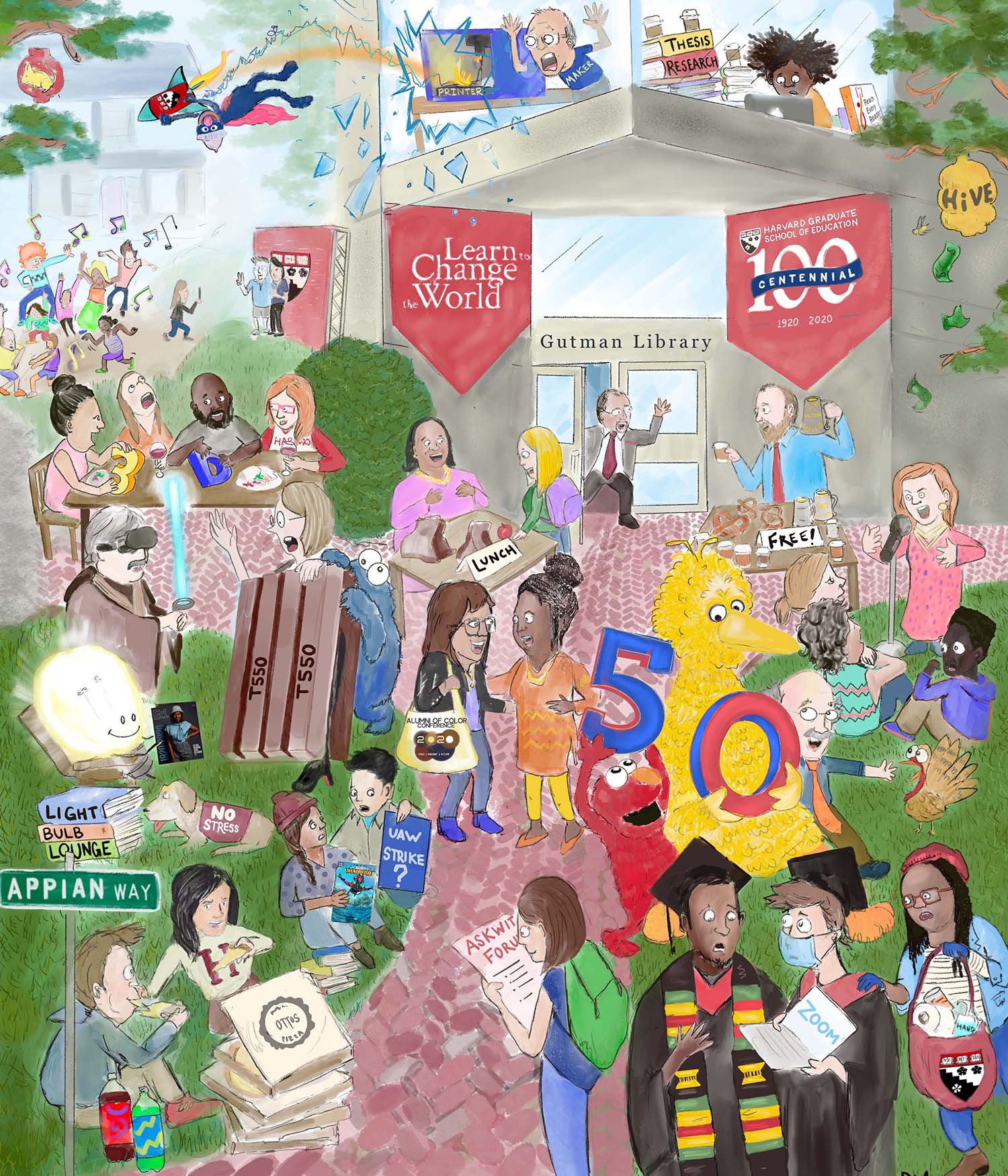