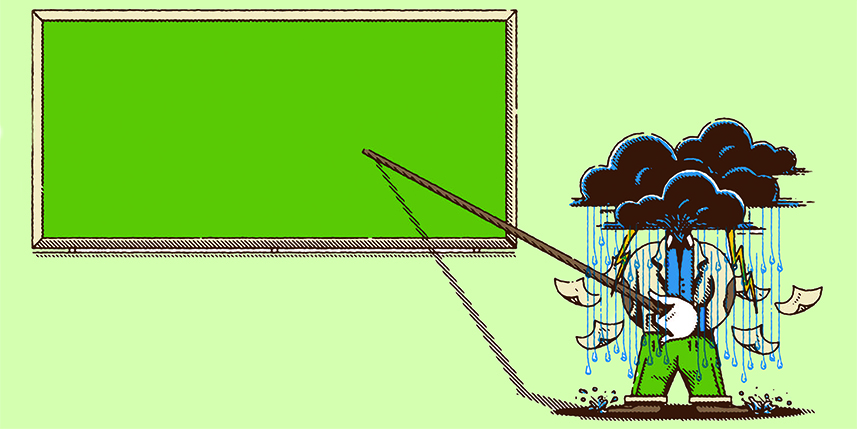 After a few years teaching, Tyler Hester, Ed.L.D.'20, knew how difficult the job was, especially in the very beginning. New teachers worry they aren’t doing a good job (especially during times like these) and often neglect their personal needs. They feel overwhelmed.

An entry on his blog about his first year teaching sums it up: “I got my butt handed to me over and over again. I remember waking up exhausted, profoundly anxious about what the day ahead would hold. I would wake up convinced that my lesson plan would be a train wreck. I remember looking at myself in the mirror in the bathroom and feeling deflated by the bags under my eyes and my waistline that was expanding because of my fastfood diet.”

Hester knew it didn’t have to be this way. With the right training and tools, new teachers could learn how to manage stress and classroom challenges. Eventually, he outlinedtools in a free e-book he wrote called 7 Steps For a Great Start to the School Year as part of a larger project he started called New Teachers Thriving. Then Hester went even further, creating a personal development training program for new teachers that he piloted last academic year in Boston Public Schools, with the help of fellow Ed.L.D. student Crystel Harris and then-Harvard senior Akash Wasil.

Offered to teachers in their first, second, or third year, the six-session program proved to be more popular than he expected.

“We thought we’d get 10, 15 applications,” he says, noting that the room initially booked for the first meeting was meant to hold about a dozen people. “We got 75 applications.”

During the sessions, early-career teachers learned social–emotional skills they could use to not feel so alone in their struggles and to help them manage stress. They also learned how to prioritize tasks and decisions, how to change their own fixed mindsets, and how to practice meditation and mindfulness.

When it was time for Hester to start thinking about where he was going to do his third-year Ed.L.D. residency, he reached out to superintendents around the country, sharing his background and his take on the problems first-year teachers faced. He told them about his project. Almost every superintendent he reached out to was interested; Tyler ultimately chose Stockton, California. When he first offered the program there and expanded it to 12 sessions, nearly 300 new teachers applied.

“What has continued to surprise me is the demand for this,” he says. “There’s a real hunger. To have 296 applications was a sign that there’s something here people want. People appreciate having a space dedicated to their well-being, not just to their improved teaching skills. People appreciate knowing they’re not alone. People feel overwhelmed or doubt their abilities to be effective educators. We hear over and over again that to know they’re not the only one struggling is a huge relief.”

Just before the coronavirus hit, other districts started reaching out, interested in learning more. His next challenge is how to scale the project, which he renamed to Educators Thriving after he also started working with principals in Stockton. “There’s a huge demand, now more than ever,” he says. “We need to figure out how to grow.”