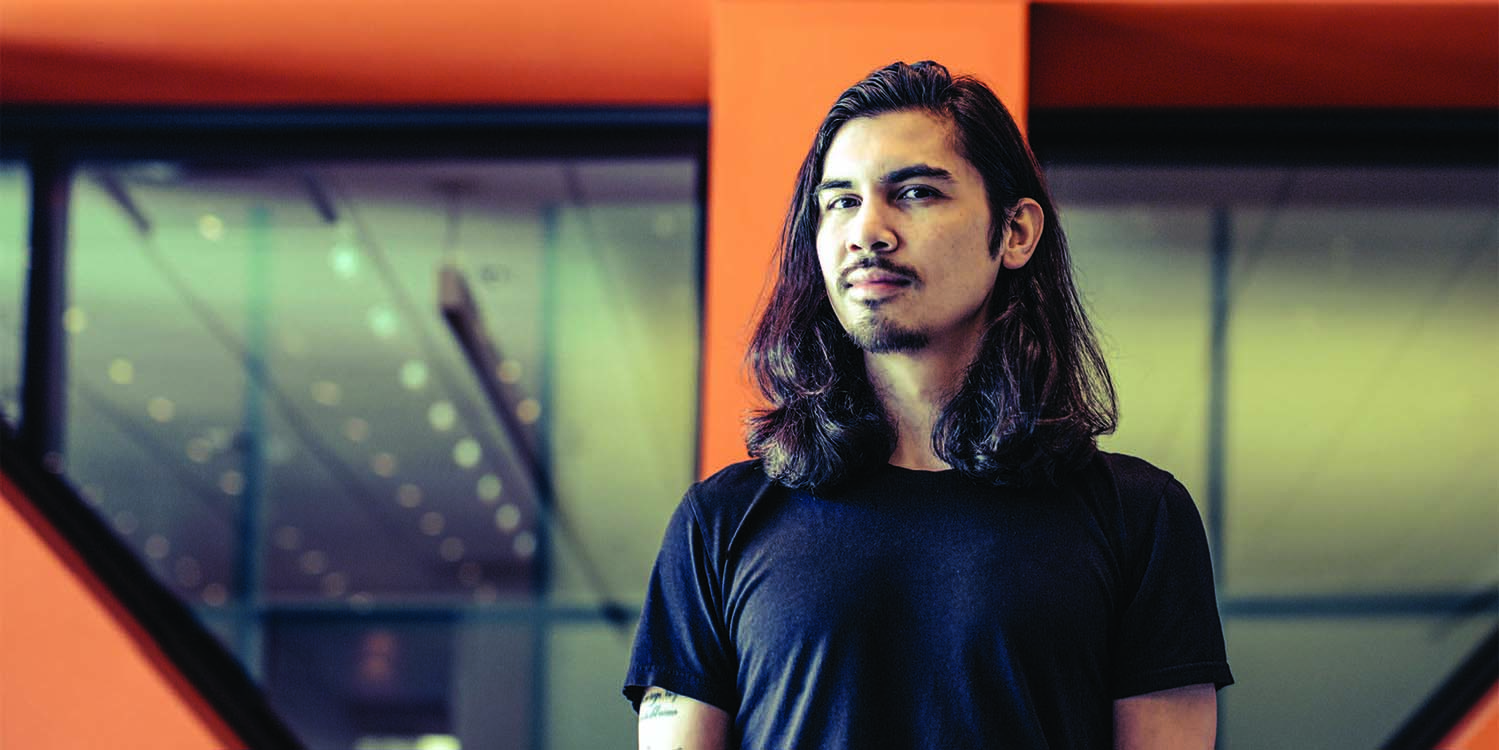 YA author, nominated for a National Book Award, teaches by day, writes by morning

The news came as a total surprise. Randy Ribay, Ed.M.’10, a high school English teacher living in San Francisco, was browsing Twitter on his phone at the orthodontist’s office last September when he saw he was tagged as a semifinalist for the 2019 National Book Award.

“I didn’t know when the list was dropping since it wasn’t even on my radar,” he says. Turns out Ribay’s latest book, Patron Saints of Nothing, which had only been out for a few months and was initially rejected by several editors, was one of 10 on the longlist in the Young People’s Literature category for the prestigious award, often referred to as the Oscars of American literature. (In October, the list was narrowed to five finalists and again included Ribay and Patron Saints.)

It was an honor Ribay never would have seen coming as a kid. He had moved to the United States from the Philippines when he was a baby, a couple of years before the People Power Revolution ousted President Ferdinand Marcos, and although he loved books and comics (and movies, TV, and video games) to an “obsessive extent,” he says these things were just entertainment. It wasn’t until he took an English course his first year in college (he was an aerospace engineering major) that he really came to understand the important role stories play in shaping our world and ourselves.

“On an intellectual level, I found it fascinating to think critically about stories. On a personal level, I came to understand myself better through literature,” he says. “It wasn’t long after that I changed majors and developed both the desire to help kids appreciate stories in this way and to tell my own stories.”

These days, he gets up early, writing nearly every weekday from 5–6:30 a.m. before heading (now online) to the high school in California where he teaches English. When he’s on deadline, he adds in writing time after work and on weekends, and sometimes in the summer. He says he writes “fairly slowly,” getting down about 500-1,000 words each morning on a good day. “And I type everything because I’m just too used to writing on the computer now. I’m constantly editing and revising as I go, and I type much faster than I handwrite,” he says. “Working at this pace, I produce a first draft in about three to four months. But that’s just the beginning. After that usually comes one to two years of revision.”

That “fairly slow” pace has produced three books in the past four and a half years, including Patron Saints, which is about a Filipino American high school boy who travels to the Philippines to find out the real story behind a cousin’s death. Although Ribay didn’t work on any of the books while at the Ed School, his time at Harvard had an impact on his writing.

“I did take an undergrad creative writing poetry class while I was at HGSE, and I started writing book reviews for the Horn Book Guide after taking a class on YA lit with Lolly Robinson and Christina Dodd,” he says. “Those were both valuable experiences, and it was a year later when I started working on my first novel,” An Infinite Number of Parallel Universes, followed by After the Shot Drops.

Does he agree with the wisdom that you should “write what you know”? With 14 years of teaching to draw from, including literacy tutoring at an alternative high school and middle school English language arts before moving to his current high school, he says absolutely.

“It helps me understand how context might change some aspects of being a teenager but other aspects stay the same,” he says. “But more than anything, it helps me appreciate their depth and their intelligence.”