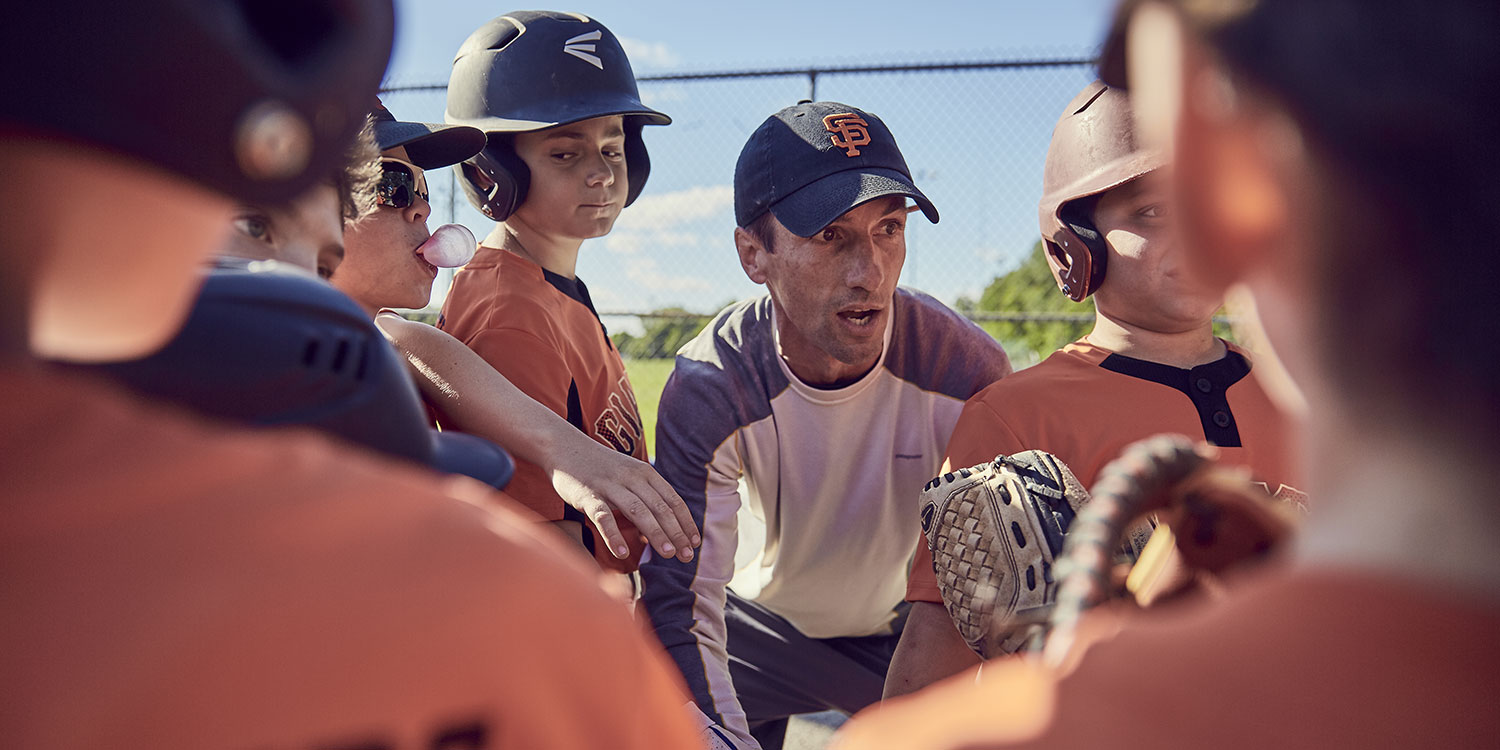 Coach Marty West, or just Coach as he’s called, jokes that when he and his family moved in 2014 back to Massachusetts from Washington, D.C., where he was on leave from HGSE working for Senator Lamar Alexander, he was tricked into coaching his older son Quinn’s Little League baseball team.

“Quinn had played in D.C. but, because he was new to this league, was assigned to a team well below his ability level,” says West, a professor and self-professed Yankees fan. When he requested that Quinn be moved up, the commissioner said yes, but if — and only if — West agreed to coach. “I’ve since learned this is a common strategy to get more parents involved. I’m of course glad that it worked.”

This year, West is also coaching his younger son Sam’s team, the Giants. The hardest part of the job, he says, is staying organized. “There’s a lot to keep track of: scheduling and reserving fields for practices, getting the gear to and from the field, making lineups, tracking the weather for cancellations, reporting scores.”

Easily the best part of the job “is getting to know the players individually, working with them to identify specific goals for improvement, and seeing and celebrating their progress.”

But what’s his secret to running a practice that doesn’t leave kids, especially the younger ones, feeling bored?

Easy, West says. “Make sure that they don’t spend too much time standing around.”