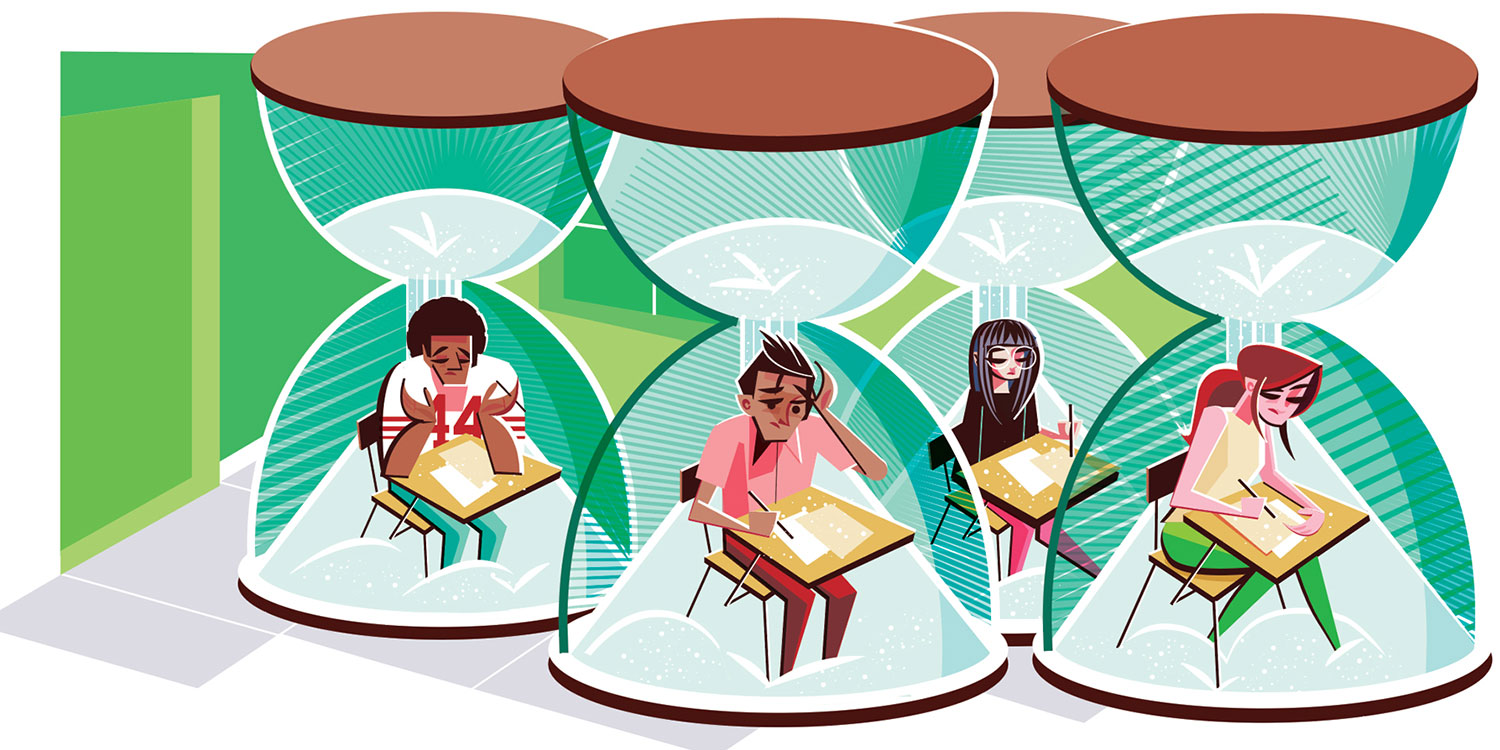 How often have we heard someone say, “She’s a fast learner,” implying with their statement that faster means smarter? After studying how the brain learns, Parisa Rouhani, Ed.M.’10 Ed.D.’19, had a feeling that this assumption, which is built into the foundation of education, just wasn’t right. So she tested it out on a group of ninth graders for her dissertation. Rouhani, vice president and cofounder (with Todd Rose) of the think tank Populace, recently spoke to Ed. about her findings, the myth of the average, and what’s more important than speed.

What did your study show?
What I found is that speed does not predict ability. Students who progressed through the course more quickly did not perform better, nor did the students who took longer. There was no meaningful relationship between time and performance. Some students who did well in the course took a long time while others did not. I also examined whether a student’s speed is stable. Can we expect that faster students will be consistently faster throughout the semester or across different subject matters? The answer is no.

Why is this assumption problematic?
Describing someone as a “fast learner” or “quick to get it” is intended to suggest that the person is smart, because we have bought into this idea that speed tells us something about ability. What my study reveals is that the assumptions that we perpetuate in our language, and have built in to our standardized educational systems, are not actually true. By leaving these assumptions in place, we are artificially constraining students. We are creating barriers to learning, and perpetuating the belief that not all students are capable.

Is this thinking common?
This assumption is so commonplace that in order to get more time on exams you need to be identified as having some kind of “learning disability,” which implicitly suggests you are deficient or less capable than other students. If we believed that all students are capable, why would we place hard time cutoffs when it comes to learning and require labels to give extended time?

If speed doesn’t matter, what does?
My analysis showed that time wasn’t the predictor — mastery was. When students are allowed to master material, they perform better in the course. That seems obvious, almost too obvious to need a study to tell us this, but if it’s so obvious that mastery is key, then why aren’t all of our schools adopting models of mastery learning and why haven’t we done away with rigid fixed-pace instructional environments?

What’s the connection to the myth of the average?
This research was actually born from thinking about the myth of average. The myth of average highlights that individuals are jagged, meaning they have multiple dimensions that cannot be reduced to a single score or number and that they change over space and time. This incredible human variation is natural and normal and is very important. And yet the way that we have standardized education assumes that slow students are inherently less capable, and giving an average amount of time for the average student to learn is sufficient — the smart students won’t need all the time, most students will be fine with the amount of time they are given, and slow students are deficient learners so they need to be labeled as “learning disabled” in order to get more time. If we believe that speed and ability are not coupled — that slower students are just as capable as faster students — we wouldn’t use time limits to determine ability in schools or on exams like the SAT or ACT. In fact, the way we use time in schools would look dramatically different.