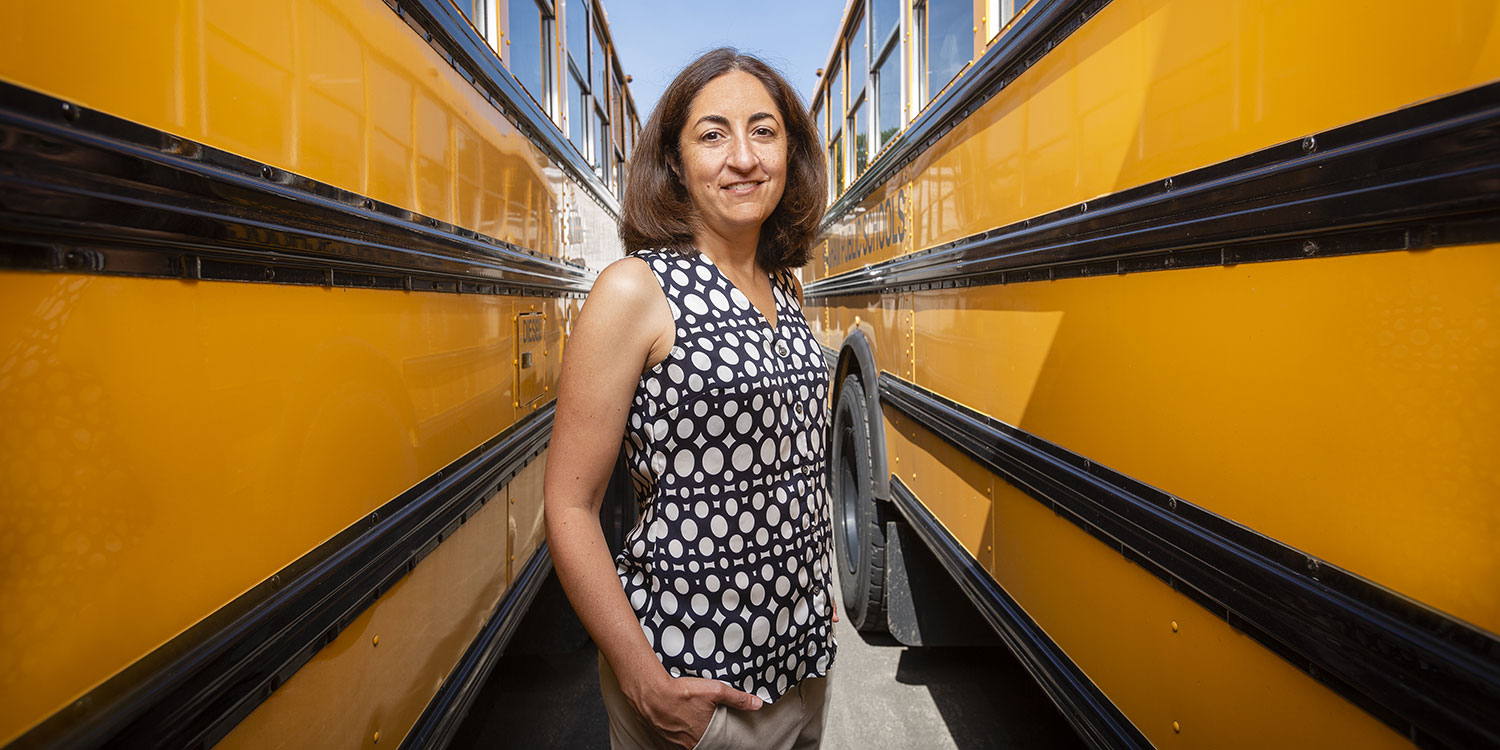 In 1966, Boston-area parents and school administrators joined together to launch a busing program to help desegregate schools by bringing students of color from Boston’s predominantly black and Latinx neighborhoods to schools in white suburban communities.

Since then, the Metropolitan Council for Educational Opportunity, or METCO as it is better known, has been one of the longest continuously running voluntary school integration programs in the country, growing from a few hundred students in its first decade to more than 3,000 annually today.

It has long been touted as a success story, but in more than 50 years, the program had never been formally evaluated.

When Ann Mantil, Ed.M.’10, Ed.D.’18, arrived in Boston, she had never heard of METCO. But after teaching in predominantly African American and Latinx elementary and middle schools in Oakland, California, and Washington, D.C., she became interested in public school diversity and the relationship between school composition and student outcomes. Coming to the Ed School, she was looking to acquire the tools to evaluate interventions designed to close achievement gaps and then communicate those results back to practitioners. She was surprised to learn that METCO had served thousands of students without ever being formally evaluated. She knew this was her project.

With the help of Professor Richard Murnane, Mantil secured permission to access METCO records from 1998 through 2013, including 118,000 state standardized test scores from 36,780 students in METCO and Boston Public Schools (BPS).

“The short-term outcomes I analyzed were MCAS math and English language arts scores in grades 3–8,” Mantil says. “I also looked at longer-term outcomes including on-time high school graduation and immediate enrollment in college.”

The evidence of the program’s impact on MCAS scores, however, was mixed. METCO students performed higher on average than their BPS peers in English language arts and writing, but not in math, and charter schools outperformed METCO students in all three subjects.

Overall, the report paints a picture of a program that is worth the sacrifice for students, who often endure long commutes to attend schools far from home and are sometimes the only students of color in their new schools.

Since completing the study, Mantil has conducted briefings for state leaders, the METCO board of directors, and METCO superintendents and district directors. The Boston Globe published a front-page article about the results. She also found that during the years analyzed, METCO lacked a clearly defined student selection process, relying mostly on first-come, first-served. Thanks in part to her research, the program is starting to shift to an online application and a random lottery.

“Voluntary integration programs like METCO, although rare, are one way to do this. There is more work to do in estimating the causal impacts of these programs, but I view the results of my study as encouraging.”

Andrew Bauld is a frequent contributor to Ed.