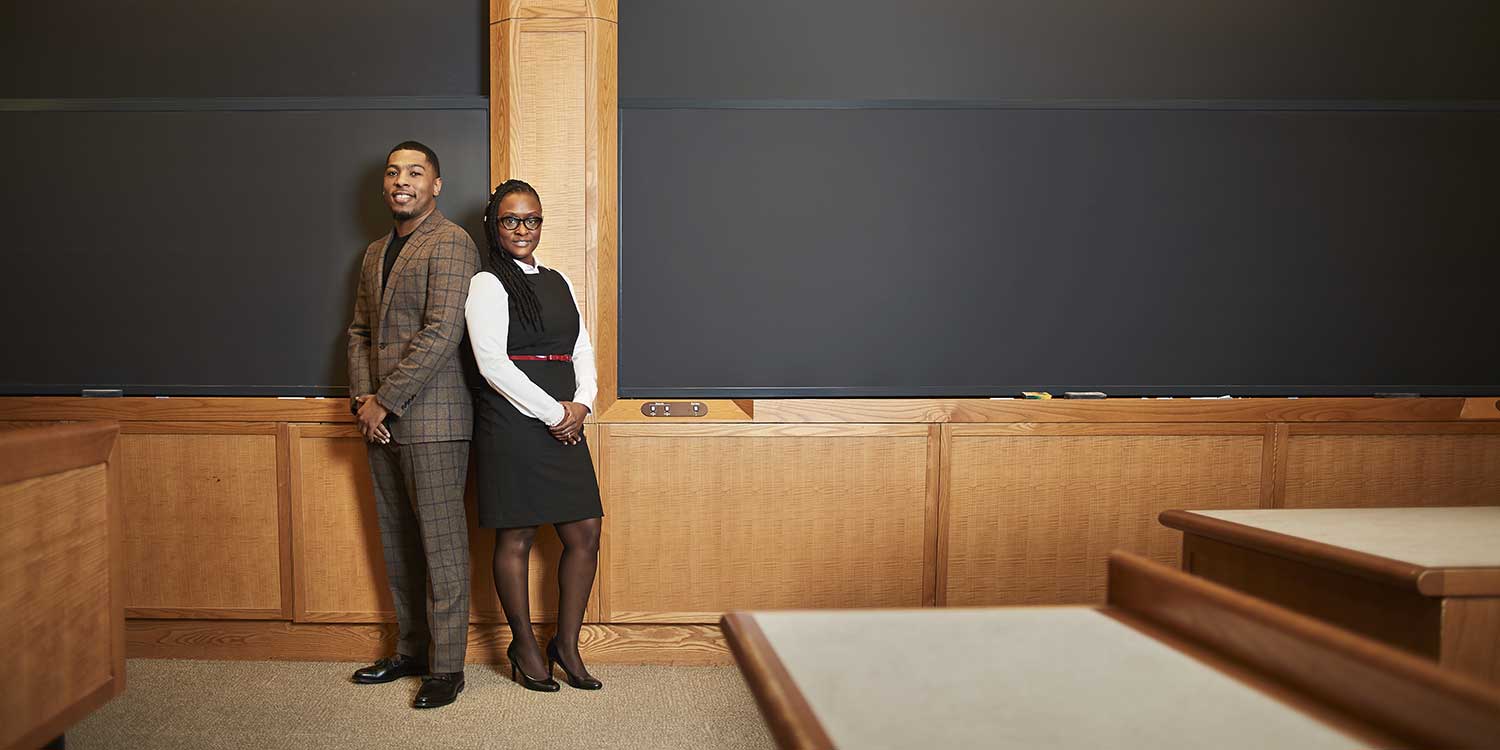 How grad school turned the tables for two The Power of Teachers to Transform

How a pedagogy based on racial justice can help end systemic oppression and fulfill the promise of education for all.

Assistant Professor Jarvis Givens is flipping through a spiral notebook he still has from his 11th grade honors U.S. history class. He reads aloud notes from a lecture his teacher gave on slave culture, pointing out key phrases he had written down, like “slaves developed subcultures” and “done in secret.”

“I didn’t remember those things until I started looking through my notebook,” he says, “but when I’m writing about fugitive pedagogy” — the focus of his current research and his forthcoming book — “these are the same questions I see my 15-year-old self engaging in.”

The reason the notebook has been unearthed is not only that it resonates with his research, but also because that same U.S. history teacher, the one who started him on the path (unknown to him then) toward a Ph.D. and academia, is now his student. This past fall, Tauheedah Baker-Jones joined the Ed.L.D. Program at the Ed School as a doctoral student. She found out she got into the program shortly after Givens accepted his professorship.

“We got to celebrate that moment together,” Baker-Jones says.

This Harvard reunion wasn’t the first time they had seen each other since they were both at King Drew Magnet High School in Los Angeles. The two had remained close over the years, after Baker-Jones made a promise to Givens and the other students in her history class: Although she was leaving California to teach in her home state of New Jersey, she would help them with college applications and come back for graduation. And she did. When a handful were accepted to UCLA and a dozen to the University of California-Berkeley, including Givens, she also promised to come to those graduations.

“We never had that many students get into those schools in one year,” she says. Over the years, she continued to check in with them. “They were my babies.”

Givens and Baker-Jones, now both at Harvard, share stories that show how important teacher-student bonds can be. Givens remembers when students pitched in to buy Baker-Jones a goodbye present, a belt with a buckle that lit up, and how students felt she was both their teacher and their friend.

“There were clear levels of respect and deference, but there was also room to talk about real-life things,” he says.

Baker-Jones remembers having students dress in costumes related to the class material. Givens always chose a character that was contrary to what most other students chose.

“He liked to revel in being the naysayer, the contrarian,” she says. “I used to tell him he would be a great lawyer. I would have bet money that’s where he would have ended up.” (Givens did initially plan on becoming a lawyer, he says.)

He remembers dressing up once for the school’s annual Black History Month event. Baker-Jones had given him the words for Gil Scott-Heron’s poem "The Revolution Will Not Be Televised" and asked him to memorize and perform it at the event.

“I really took it to task and took a lot of pride in performing it. I wanted to deliver on something she felt I needed to do,” he says. “The following year, I ended up coordinating the event, and now I’m writing about the person who founded Black History Month, Carter G. Woodson.” (His book on Woodson, fugative pedagogy, and demands of black education is forthcoming.)

These stories, they say, show how full circle their connection has become. Not only is the student now the teacher, but the student is also researching teachers similar to Baker-Jones, teachers who challenged power with their curriculum and in their classrooms.

“I’m working through this idea of fugitive pedagogy during the late 19th and early 20th centuries,” Givens says, “and the way these educators offered a different worldview to their students.”

Looking back at his notebook, Givens says that’s exactly what Baker-Jones was doing.

“I’m seeing so many traces of things that I’m thinking about now that might have been planted then,” he says. “She wasn’t teaching during Jim Crow, but she was a black woman teaching black students and she was engaging us in writing our own textbook as a critique of the dominant textbooks. She’s one of the teachers in the back of my mind as I’m writing. I’ve seen and experienced the sense of urgency that some teachers bring to teach black students. It’s no coincidence now that I’m studying these things.”