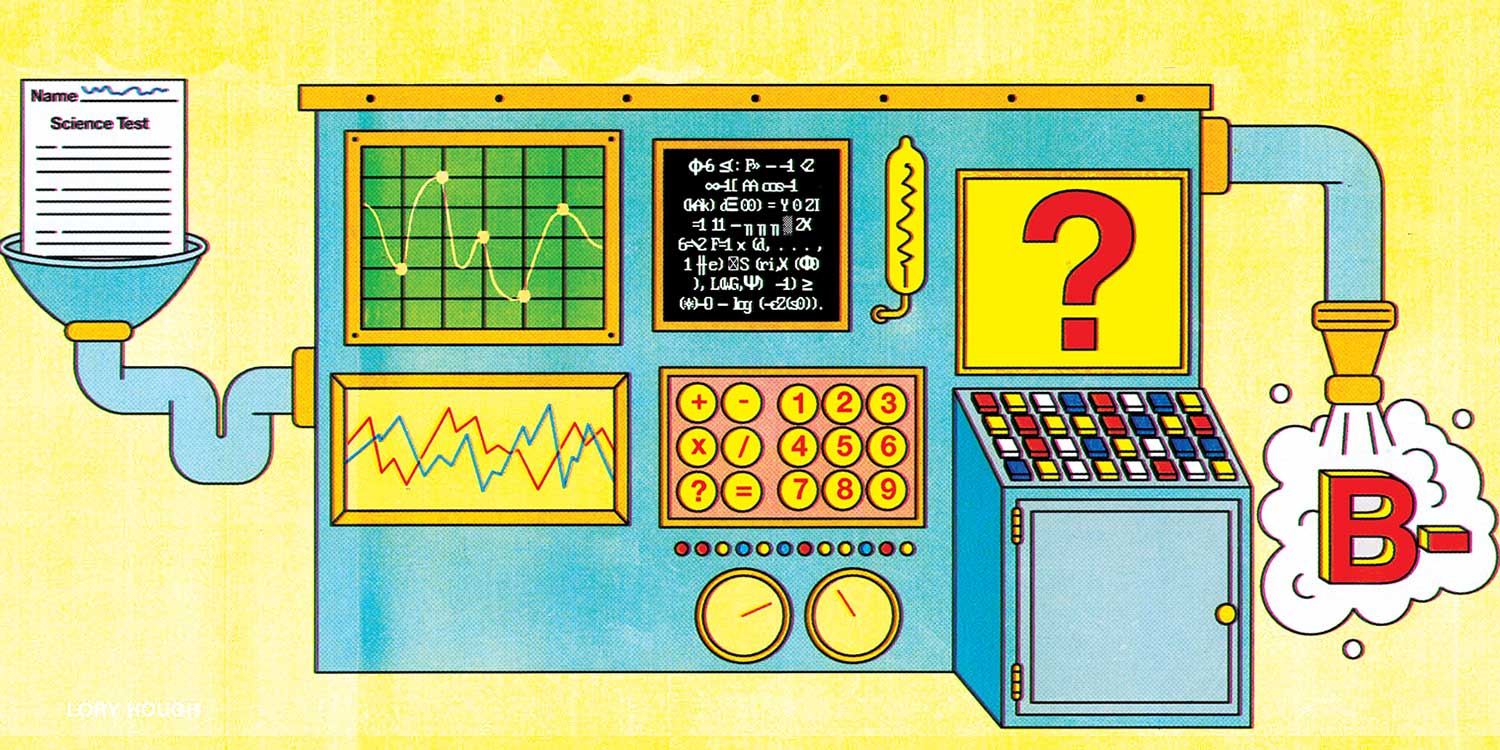 Why we need to rethink grading in our schools Encouraging teachers to reassess their grading practices and make the adjustments that can guide their students toward academic success.

Think about the sixth grade at the school where you teach or where your kid attends. There are three English teachers. Each has a different grading policy: One counts homework as 40 percent of the grade, the other two as 30. One accepts late work; the others don’t accept it at all. One deducts points for sloppy binders.Two include participation in the grade, one offers extra credit. Joe Feldman, Ed.M.'93, a former teacher, principal, and district administrator, talked to Ed. about his new book, Grading for Equity, and why inconsistent grading isn’t fair for students yet is so hard for educators to change.

Grading: What are we actually talking about? We mean the way teachers calculate, describe, and report student performance. Although we might assume that grading is only a software-driven, end-of-term calculation, a teacher’s grading system is implicated throughout her work every day. For any task that we ask of students, we have to decide: Should the student’s performance on the task be included in her grade and, if so, for how much value? Teachers’ answers to these question are based on deep-seated values and ideas about what we each believe students are supposed to learn, how students are best motivated, and what our role and relationship to students should be. Because grading is rarely addressed in graduate training or certification programs, each teacher must create grading policies on her own.

What’s wrong with deducting points for work turned in late? This approach combines both academic and nonacademic information in the grade and creates what author Susan Brookhart calls “grade fog” — we’re not sure what the grade means because we’re asking it to communicate too much disparate information. A student who writes an A-quality essay but hands it in late gets her writing downgraded to a B, and the student who writes a B-quality essay turned in by the deadline receives a B. There’s nothing to distinguish those two B grades, although those students have very different levels of content mastery. The second problem is that in traditional grading, many commonly used grading categories invite biases. For example, when we include a student’s behavior in a grade, we’re imposing on all of our students a narrow idea of what a “successful” student is.

Why don’t more educators question grading practices? Teachers work under incredibly difficult conditions. They are asked to serve in so many roles besides teacher, and yet they must adhere to layers of mandates and requirements. The grade is one of teachers’ last remaining islands of autonomy, perhaps the most concrete and respected symbol of their expertise and judgment. When we suggest that their grading practices could be improved, it’s no surprise that teachers often react with suspicion and defensiveness. Many administrators have cautionary tales of when Wylesolthey tried to broach the subject with teachers and were met with emotional reactions and perhaps even threats of formal complaints and union grievances.

What does work? Equitable grading has three pillars: accuracy, bias-resistance, and intrinsic motivation. Grades must accurately reflect only a student’s academic level of performance, exclude nonacademic criteria (such as behavior), and use mathematically sound calculations and scales, such as the 0–4 instead of the 0–100 scale. Grading practices must counteract institutional biases that have historically rewarded students with privilege and punished those without, and also must protect student grades from our own implicit biases. Our grading must stop using points to reward or punish, but instead should teach students the connection between means of learning and the ends — how doing homework is valuable not because of how many points the teacher doles out, but because those actions improve a student’s learning.