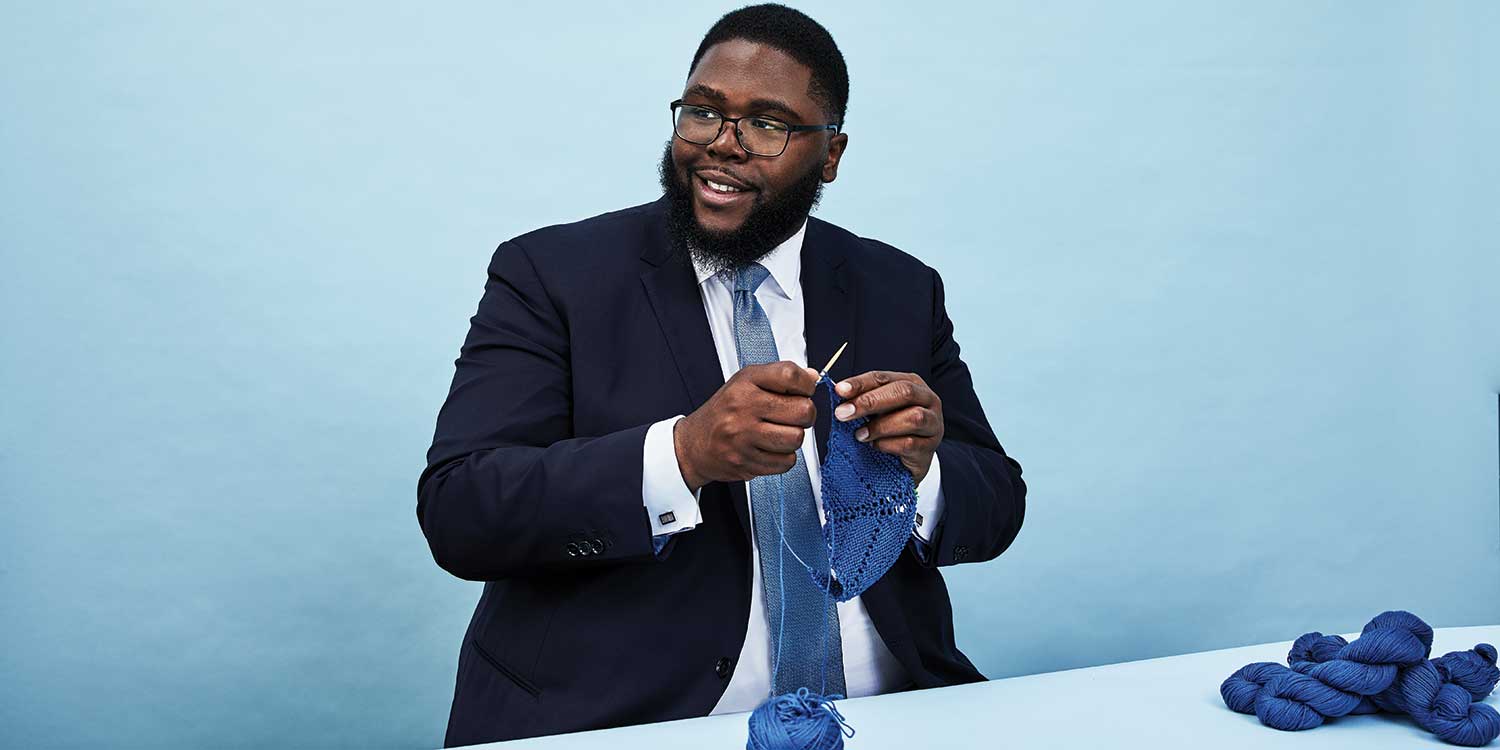 When Assistant Professor Tony Jack’s partner got tired of being asked to knit things for him, she made a smart decision: She taught him about purl stitches and casting on so he could make things himself.

Reflecting on his first attempt, he says, “I was so nervous that I would mess up. She had to get me a vodka spritzer.”

That was Christmas 2017. Since then, Jack has started listening to CraftyPlanner podcasts. He frequents Gather Here and other craft shops. He thinks about color combinations. In fact, he’s gotten so into knitting that he’s no longer afraid to pull out the needles and yarn in front of others, especially when he’s traveling, which he does often as he crosses the country sharing his research on low-income college students.

“Flight attendants recognize me now,” he says. “One of the flight attendants told another, ‘Our friend in 1B is a knitter,’ when she recognized me but could not place my face immediately. I also have people come up to me in the airport to ask me what I am making.”

So far Jack has knitted scarves, his latest in pastels, but plans on tackling a blanket and washcloths. Eventually he’ll try his dream project: a quilt.

“We bought a sewing machine for the house and have a crafting corner in the loft,” he says. “That will take some time though. I want to get knitting down pat before switching.”

Read our feature on Jack from the summer 2017 issue.