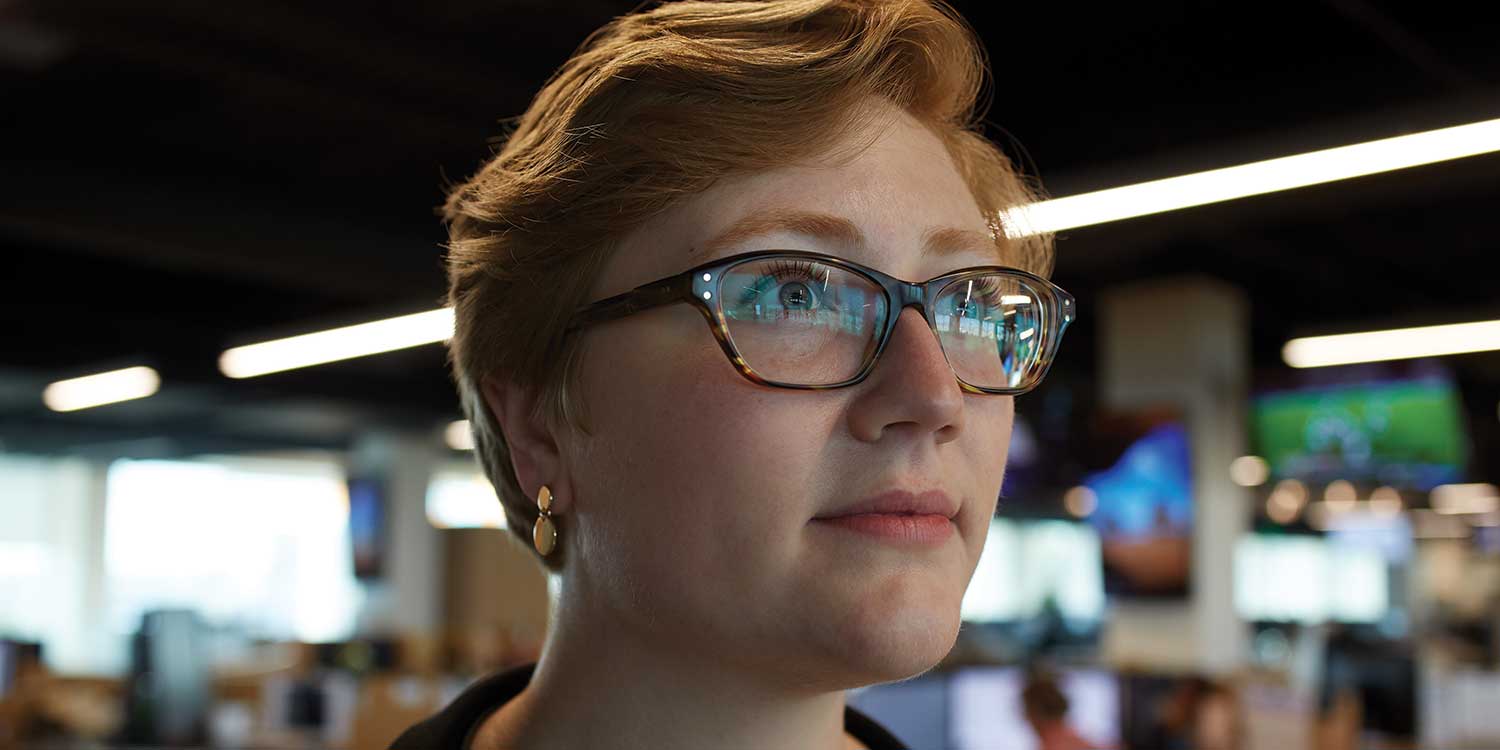 How one alum, with the help of a major newspaper, is giving student journalists and writers a place to share their stories

Molly Heber, Ed.M.'18, knew she was working with talented students when they picked apart her resume during a job interview.

Heber was in her last semester at the Ed School, finishing classes in the Education Policy and Management Program. She was trying to land a job as the project lead for High School Insider, a journalism project started by the Los Angeles Times that gives students an online platform to publish their work.

“I was interviewed by two rounds of students before I ever met a permanent staff person at the Times,” she says. “It was the only job I interviewed for where they put young people in front of the interview process. They took it very seriously.” That included giving her advice on her resume.

Now eight months into the job, Heber has fully become part of what’s called “the fam.” She says it’s an exciting time to be supporting young journalists.

“Many of our students who contribute say they don’t have an outlet at their schools,” she says, citing the decline in schoolsponsored newspapers. Some schools have switched to digital only. “The students think no one is reading the digital school papers.” Publishing on the High School Insider site, under the Times banner, widens readership and reach significantly.

Giving young people a platform to be heard gets to the heart of why the project was started, Heber says, and high school students are responding. Since the project began in 2014, more than 3,000 students have contributed.

“It’s an era where young people are finally feeling heard, or trying to be heard,” Heber says. “The point of the program is to do just that — let students feel they have a voice and can share their perspective. I don’t think we do that enough in classrooms or in the general world. If you read the pieces students have written, most have really powerful perspectives about what’s going on in the country and the world.”

For example, a student wrote a piece while her school was in the middle of a lockdown.

“This student didn’t know why they were on lockdown,” Heber says. “The teacher wasn’t in the room to tell them. They didn’t know if there was an actual shooter. This student took notes as she was in the situation then wrote the piece later. It was so terrifying for her. With High School Insider, there’s an opportunity for young people to share what’s going on in their lives.”

Students can get involved in two ways: individually or as part of a journalism or English class. Heber sets them up with a WordPress account, and they contribute pieces to the site, including news stories, fiction, cartoons, and videos. Two college interns, both alumni of the program who are now pursuing journalism careers, lightly edit the pieces for typos and to fit Associate Press style, which the Times follows.

“The interns might reach out to a writer and say, ‘here are three ways you could improve this,’” Heber says, but student journalists really drive the work. The exception is when a teacher takes this on as a class project. “The teacher will work more closely with students, helping them fine-tune their pieces before they get published.” Even then, stories are “unfiltered and unadulterated.”

The project also hosts a youth journalism conference, a student advisory board, and a paid summer internship for eight students at its California offices. Eventually, Heber wants to help teachers find ways to teach media literacy. Until then, she says a highlight of her job is going into classrooms to introduce students to the project.

“I love seeing the one or two kids who hang on to every word I say or hang out after to ask a question,” she says. “I’m looking forward to seeing those kids slowly start to post their stories and then grow into leaders of the program itself. That means they’re moving from finding their own voice to learning to share it with others and then to becoming advocates for youth voices more broadly.”