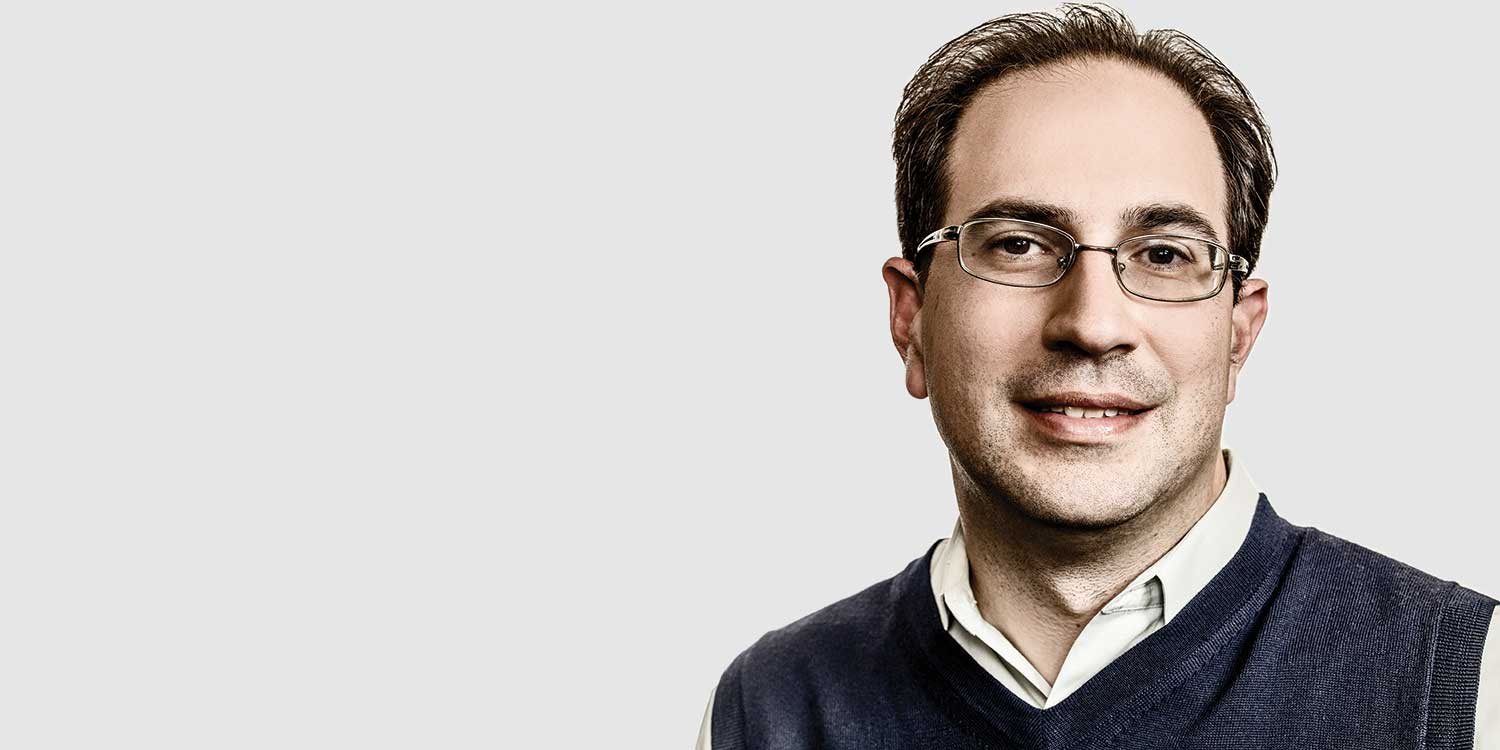 A look at what influenced one faculty member’s career.

Growing up in Baltimore with two parents in education (his mom as associate head of his school, his dad a professor at the local university), conversations about education were, Jal Mehta says, “part of the everyday chatter.” It also let him see firsthand the respect teachers got at his school. Now as an associate professor at the Ed School, Mehta spoke to Ed. about his passion for transforming teaching, extracurriculars, and how his kids have influenced his thinking.

One thing about your childhood that had a lasting impact.
I went to a school, The Park School, which was an independent school whose motto was “learn how to think.” I had a number of great teachers when I was there, but beyond that, what was particularly notable was the way in which they treated students as capable participants in their own education.

Such as?
I can remember, for example, being part of a student committee whose job it was to help pick the next head of school. We didn’t have final say, but we had an equal turn with the faculty, parents, and alumni. We got to interview the candidates, provide recommendations, and explain our thinking. Living in a world where we respected teachers and they respected students has deeply shaped my views of what is desirable and what is possible in education.

What was it like to have educator parents?
I was the editor of the high school newspaper, and I would write editorials railing against the administration, and one day my mom said, “Jal, I am the administration; why don’t we just talk about it over dinner?” My parents also are very loving people, but they also have high standards. I remember once I was reading a vocabulary book while studying for the GREs, and my mom came down and said, “You don’t know what lugubrious means? Who educated you?” (Well, I thought, between home and school, you did, Mom.)

What did you want to be when you “grew up”?
I idolized Jon Miller, who was the announcer for the Orioles. Once I realized I wasn’t going to make it as a player, I did think that broadcasting would be fun. More seriously, I applied to law school and was going to be a civil rights lawyer before I decided that policy, as opposed to litigation, was the more powerful lever for change. But I did work in college for a public interest law firm. We sued banks for redlining and, not having the resources to sue every bank, we published lists of banks that treated African Americans more and less fairly in Baltimore. I think that what I do now is another route to achieving many of the same ends.

You’re passionate about transforming teaching. Why?
Coming from Park, where our teachers were highly respected, to seeing how teachers are treated in many public school systems, was quite a shock. I remember once talking to Dan Lortie, who was the leading scholar on teaching as a profession from a generation ago, and I said, “What motivated you to write about that?” And he said, “My mother and my sister were teachers, and they were intellectually capable people, and then I studied the public system and realized they were being treated as the bottom of an implementation chain.” I had a similar set of experiences which led to a similar set of conclusions. I also have spent a lot of time in schools and think that unless we “transform teaching,” many students will not get the kind of education I received. We don’t really have any coherent systems for building expertise in teaching, and thus what we get is basically the sum of what individual teachers know what to do. This is a huge lost opportunity, both for the teachers and for the students with whom they work.

You write about the power of extracurriculars. Did they motivate you as a student?
I did love extracurriculars in both high school and college, for many of the reasons I write about: namely that they allowed you to be a producer rather than a receiver of knowledge, that you were part of a team, and that you were trusted with significant responsibilities in a way that you weren’t as a student. I can remember a day in high school where I was sick and had to miss school, but still came in after school to help put out an issue of the school newspaper that was going to press that night. I got in trouble. If you are here in the newspaper office, the principal said, then why couldn’t you come to class? He might have had a point. But it just seemed different. Missing class was only costing myself, but missing newspaper I was letting down a group of people I had committed to. I had a real responsibility to fulfill.

How has having kids shaped your views of education?
Alex and Nico are by far the best things that ever happened to us. I think when you have kids and you put them in school, you want to be confident that those adults care for your child in the way that you would. So yes, “teach them to think,” but also care for their spirits, honor their interests, and be the kind of mature, wise, responsible adults who will model the kind of people we are hoping our children will become.

What’s the one best piece advice you give to HGSE students who are going to teach?
Most of my students have already taught, and I’m learning as much from them as they are from me. Deeper learning is a journey and not a destination, and I hope my students will continue to invite me to learn with them as they go back into schools after graduation.

Finish this sentence: I love what I do because…
Of the students. Teaching students is the best part of my job, and there is no close second.