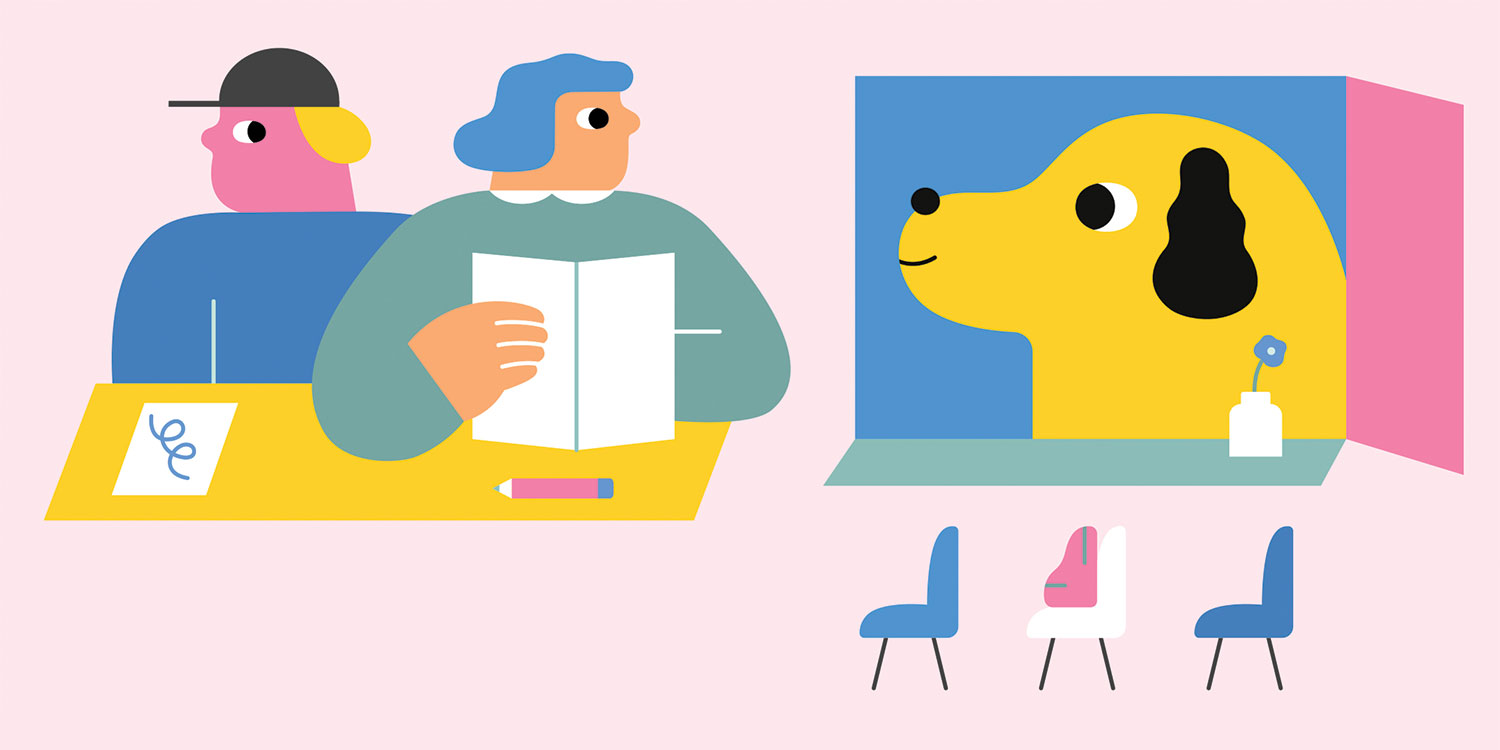 For Judith Bonifaci, Ed.M.’01, it was one of those coming together moments that really changed her life. Her two golden retrievers had just died. She and her family were, she says, done with dogs. But then a close friend pointed out that Bonifaci just didn’t seem happy. She suggested they get another golden. So Bonifaci did, this time from a breeder who told her she believes that owners need a greater purpose for their dogs beyond just family pet.

After teaching for decades and volunteering at a local hospital, Bonifaci decided what she wanted to do next: raise a therapy dog, one who would be trained to work with children in schools and at hospitals.

“I had worked as a volunteer with Seattle Children’s Hospital and had seen one of their therapy dogs, Sugar Bear,” she says. “It was a great way to combine the things I loved with a way to make a difference.”

Her family ended up with Abe, a golden puppy specifically chosen from his litter because he was calm and smart. He turned out to be a natural. After spending a little more than a year training, Abe received his therapy dog certification — less than half the time it normally takes.

“He was born into it,” Bonifaci says. “It just was who he was. He didn’t have to learn it. He had an inborn instinct that told him where to go and when he was most needed.”

Abe started coming to the elementary school in Seattle where Bonifaci was teaching. Children loved reading to him.

“The research says that if children are going to truly become readers, they need a minimum of 30 minutes of just reading — stamina reading,” Bonifaci says. “Reluctant readers will often not read to people but will read to a dog. Dogs are nonjudgmental and give unconditional love and appreciation. To have a struggling reader read with a dog, they make significant growth.”

Abe also had an uncanny gift for picking children who seemed to most need him, she says. “

“What better place to train a therapy dog for children than in a school where they deal with everything from bus loading to fire and earthquake drills? The dogs learn not to beg as they watch kids eat their lunches. Noises and bangs are part of the game.”

Eventually, Abe also started visiting Seattle Children’s Hospital, where Bonifaci had been involved with fundraising. Again, he was a natural, often leading Bonifaci to patients’ rooms that weren’t on that day’s visiting list, just sensing when someone needed his love.

When Abe started getting older, Bonifaci took on a new golden retriever, Jackie, now three, who visits classrooms, libraries, and bookstores through the Reading to Rover program. He also works with college students during finals week to minimize stress. In January, Jackie became part of a research project at Seattle Children’s using therapy dogs with oncology patients.

Bonifaci jokes that although Abe and Jackie are both the same breed, they are very different dogs.

“Abe always was an old soul, fittingly named after Abe Lincoln. Jackie, named after Jackie Robinson, is more of a true golden in spirit with lots of energy and clowning,” she says. “Where Abe just knew and was always listening, Jackie you have to calm and remind. In his own way, though, he makes one terrific therapy dog. He loves to make people laugh. And remember, he’s only three.”

Although Abe passed away last November, Bonifaci, now semi-retired (she was rehired by her school after retirement to help teachers with technology), says she considers herself lucky.

“I am very lucky to have had the opportunity to have both Abe and Jackie work alongside of me,” she says. “And how very lucky I was to have principals that believed that dogs were important to kids.” A Shot at Therapy