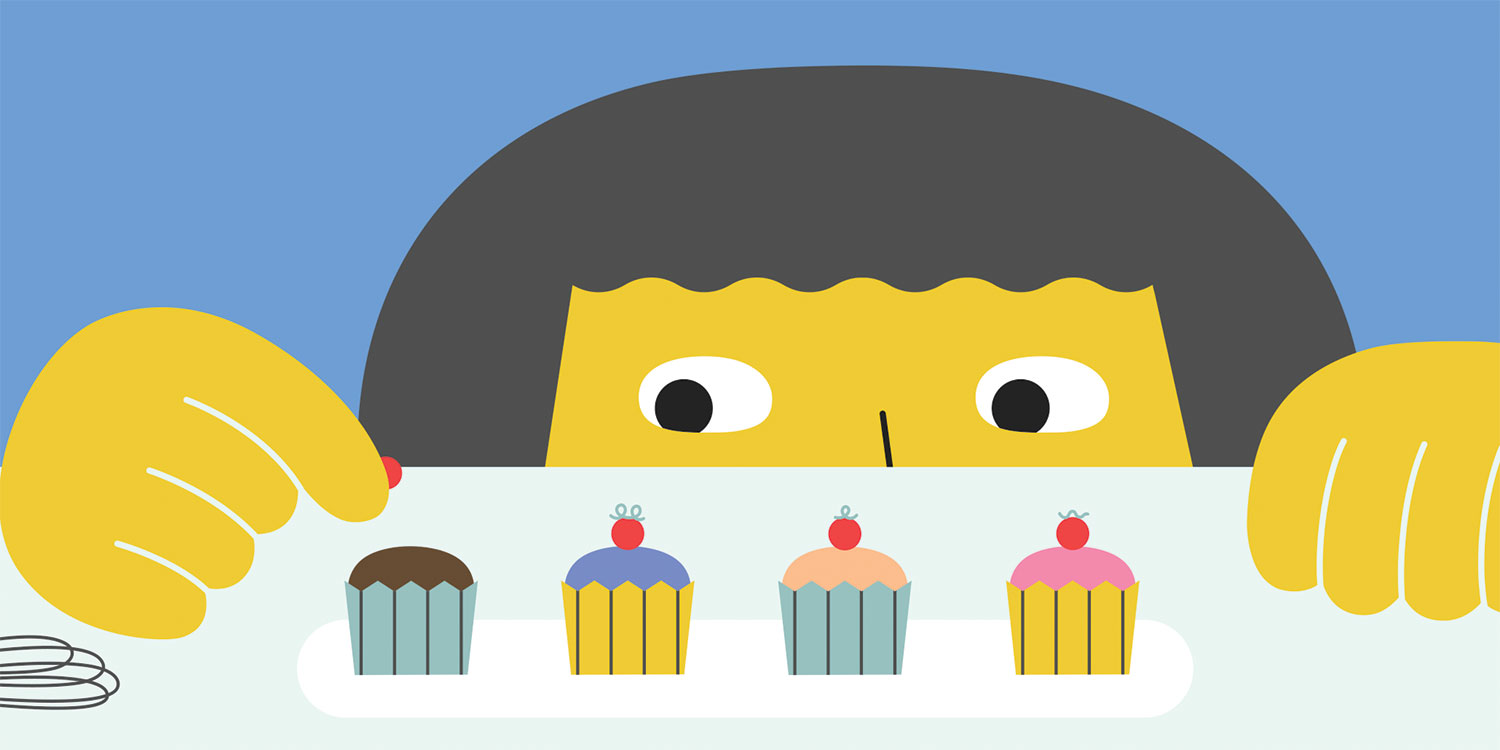 Timothy McIntosh shares tips on what it takes to win Cupcake Wars on the Food Network.

Think you can bake? Trinidad and Tobago native Timothy  McIntosh, ED.M.’18, shares five tips on how he and his sister, Winnette, both graduates of MIT, went on to beat the competition and take the grand prize on Food Network’s Cupcake Wars.

Being type A helps. “Anyone who knows my sister and me knows that we’re very different in that she is very type A, and I’m most certainly not. Except when it comes to baking. I turn into a mad scientist where things have to be perfect. I take very precise measurements, and when cakes are in the oven, I don’t just take them out when a set time is up. I babysit them. I toothpick-test every few minutes. I turn pans around intermittently if I realize the rate of baking on one side is faster than the other. If some-thing isn’t absolutely stellar, I throw it out. It’s pretty intense. I’m a totally different person in the kitchen. It’s almost as if I flashback to the sub-basement laboratories of MIT, where I was working with million-dollar bio-reactors and in charge of experiments that had to be completely redone if a particular reagent was messed up.”

Thinking like a scientist certainly helps. “Baking is 100 per-cent a science. That’s why it was such a natural segue for me from engineering and also why I think it’s such an amazing platform to illustrate the everyday applicability of STEM to kids. We cream butter and sugar to create micro-pockets of air in dough, which are then expanded by the carbon dioxide released by the reaction between baking soda and the acetic acid in vinegar, giving rise to the airy fluffiness of cakes. Baking would literally not be possible without the ignition of scientific processes.”

Travel if you can. “The Carib-bean influence is strong. I do a coconut cream/white chocolate filling that tastes just like our mother’s homemade coconut ice cream. My sister was also influential in illustrating how to com-bine tropical flavors like pineapple, mango, and tamarind. You wouldn’t believe how traveling to other locales and immersing yourself in the architecture of different cities is invaluable in giving you a-ha moments that trickle over into food design.”

Improvise when needed. “We were running way behind in round two of Cupcake Wars. Not all the decorations were done because we had been way too elaborate in our plans. It was a Chinese New Year theme and we had spent all this time on these amazing sesame seed chop-sticks. Time ran out and we had no frosting. At 10 seconds left, we were ready to throw in the towel. But at the last second I snapped out of it and said, ‘These chop-sticks are awesome! We’re going to give put them on this cupcake with zero frosting and give them to the judges as is.’ We did, and they loved them. Those chop-sticks were the only reason that we got through to the third and final round.”