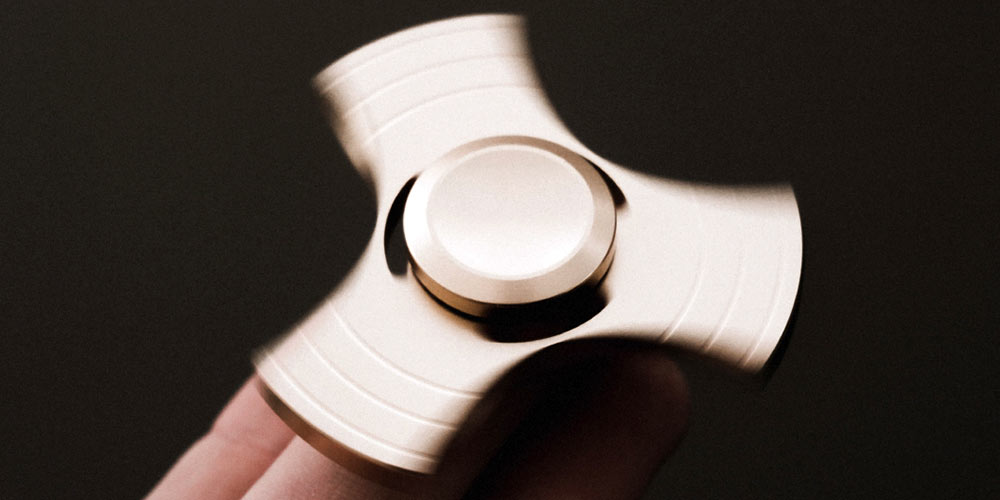 They may be a passing trend, but fidget spinners were everywhere in schools recently. Initially marketed as a tool meant to help distracted students focus, the three-pronged gadgets that spin (picture a palm-sized ceiling fan) took on a life of their own once more kids discovered them.

We found that some schools and individual teachers had banned them, not only because they thought them distracting, but also for safety reasons: spinners were breaking and kids were throwing them. To Beth Lambert, Ed.M.’09, fidget spinners were just silly.

“To my son, who has ADHD, everything becomes a fidget spinner,” she says. “Marketing and selling these as tools to aid kids with attention deficit is ludicrous.”

Cela Dorra, Ed.M.’13, a principal in Vermont, uses less distracting ways to help students. “I have students who need to fidget with their hands keep two marbles in their pocket which then allow their hands movement in a discreet way,” she says. “Or they might have a piece of felt or leather they can manipulate.”

Some have found the spinners helpful. Master’s candidate Diana Santil says she has used spinners with her students to teach about science. And Aliza Greenberg, Ed.M.’07, uses them for a teachable moment. “As a teacher in a school for students with autism, we spend a lot of time talking about what a fidget is and what it is not. If the spinner is being used to help someone focus, it is a fidget.” If not, she says, it’s a toy. “I never thought so many people would be talking about fidgets!”