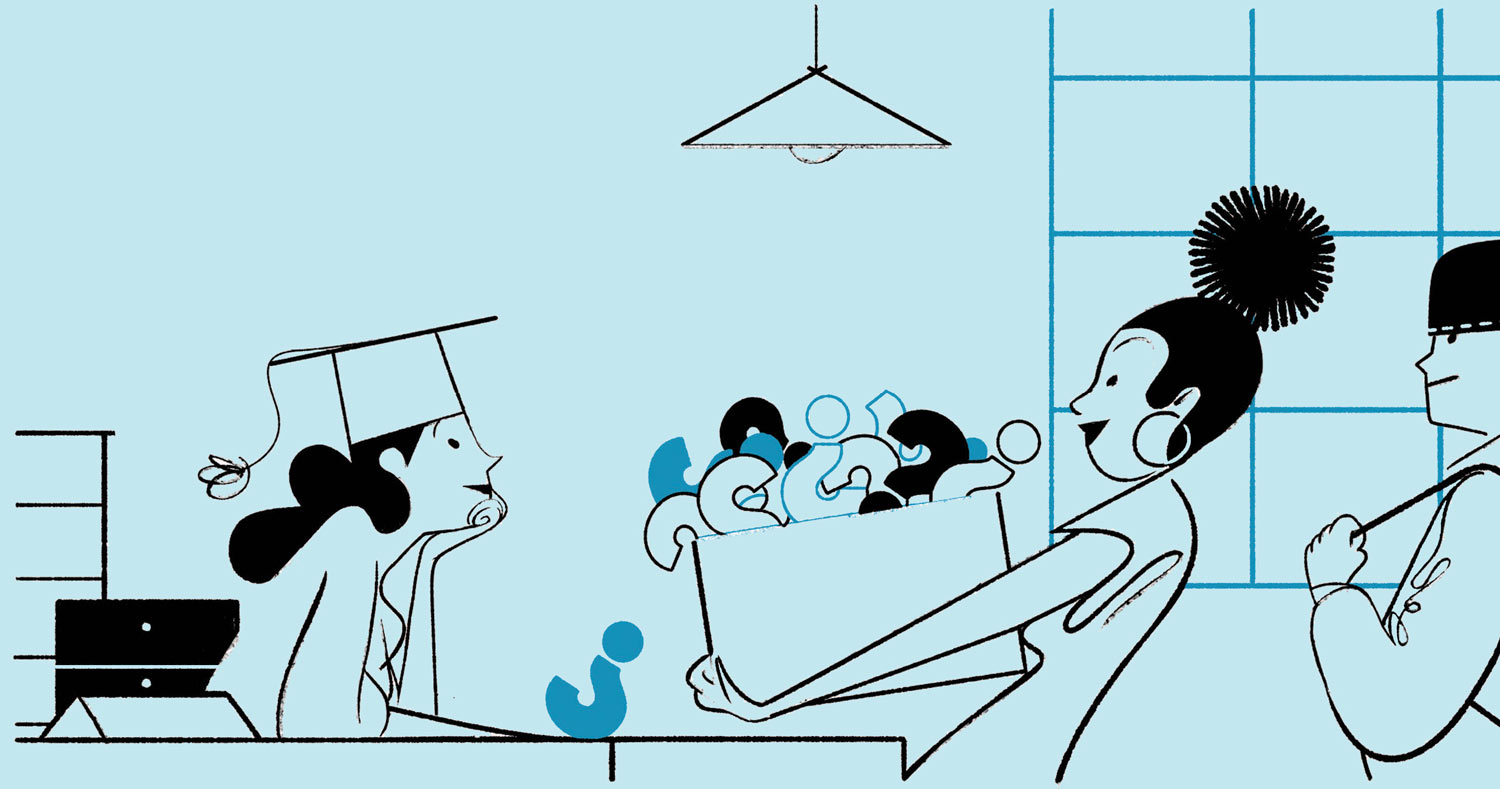 Applying for college is about as tough as slaying a thousand-headed Hydra. College hopefuls negotiate everything from FAFSA forms to college visits before taking the postsecondary leap. Harvard College seniors Cole Scanlon and Luke Heine, recent survivors of the process, hope to make things less stressful through the Fair Opportunity Project, a college guide replete with insider advice on everything from essays to interviews and financial aid.

At Scanlon’s Miami-Dade high school, 800 students shared one counselor. “It was everyone for themselves,” he remembers. Heine, from Cloquet, Minnesota, population 12,050, didn’t know one could study for the act until a weight room encounter. “It can’t come down to a couple minutes of chance interaction. Had I not been super lucky to have done my wrist curls with this other guy,” he says, “I might not have learned you could study for it.”

The genesis for the project began last year. Between classes, both underclassmen worked on ways to break down admissions barriers they and other students faced. Heine surveyed 200 rural high school counselors on where kids struggled most, and wrote and sent a college guide to every principal in nine states. “It was the proto-guide,” Heine says, “but at the end of the day, it only hit Midwestern states, and it only had my narrative, my perspective. I knew there was so much more we could do with this.”

At the same time, Scanlon enrolled in Senior Lecturer Kay Merseth’s undergraduate course, Dilemmas of Excellence and Equity in K–12 Education, where he reflected on his admissions experience. “Every lecture widened my eyes to different disparities in education and the complexities of financing, and public and private schools. It pulled me in.”

Then one night, in Quincy Dining Hall, the two friends forged an ambitious plan to merge these efforts to improve college admissions access. The product, the Fair Opportunity Project, would be distributed free online to every school district in the country, to anyone who wanted it. The 65-page guide was written and edited by a team of college students and other volunteers with a blend of experience.

“There is no profit motive,” Scanlon says. “All the time we’ve put in is because we believe in it.”

Heine says, “We’re about getting kids what they need. We encourage kids to print it, distribute it, share it online.”

The guide has been a powerful tool for school districts. In Patterson, California, Superintendent Philip Alfano had the guide translated into Spanish and sent it to every family to use alongside the district’s comprehensive college readiness program. He also gave a translation for free to Scanlon, who sent it to districts nationwide.

“We were happy to translate it,” Alfano says. “Approximately 40 percent of our students begin their formal education with us as English learners. The guide fits in nicely with our overall strategic vision of increasing the number of students who graduate high school with a postsecondary plan. This is a long-term commitment requiring a huge cultural shift.”

Merseth, M.A.T.'69, Ed.D.'82, who serves as a project adviser, is hopeful for the project’s future. “People come to me with all kinds of ideas, and the challenge is the plans are so broad and big and grandiose, and others are so narrowly defined,” she says. “This is a very simple idea, filling an information gap. Information and knowledge are important, but you’re not done. What’s the next step?”

Heine agrees that more is needed. “The guide’s a bouillon soup cube. All the information is packed in there. We need to break that out and make it easier,” he says. To do that, they’re producing a video series and exploring a live, online mentoring model built on the best work done elsewhere. “We’re going to do what we do best, which is be students, and learn from people in the space,” Heine says.