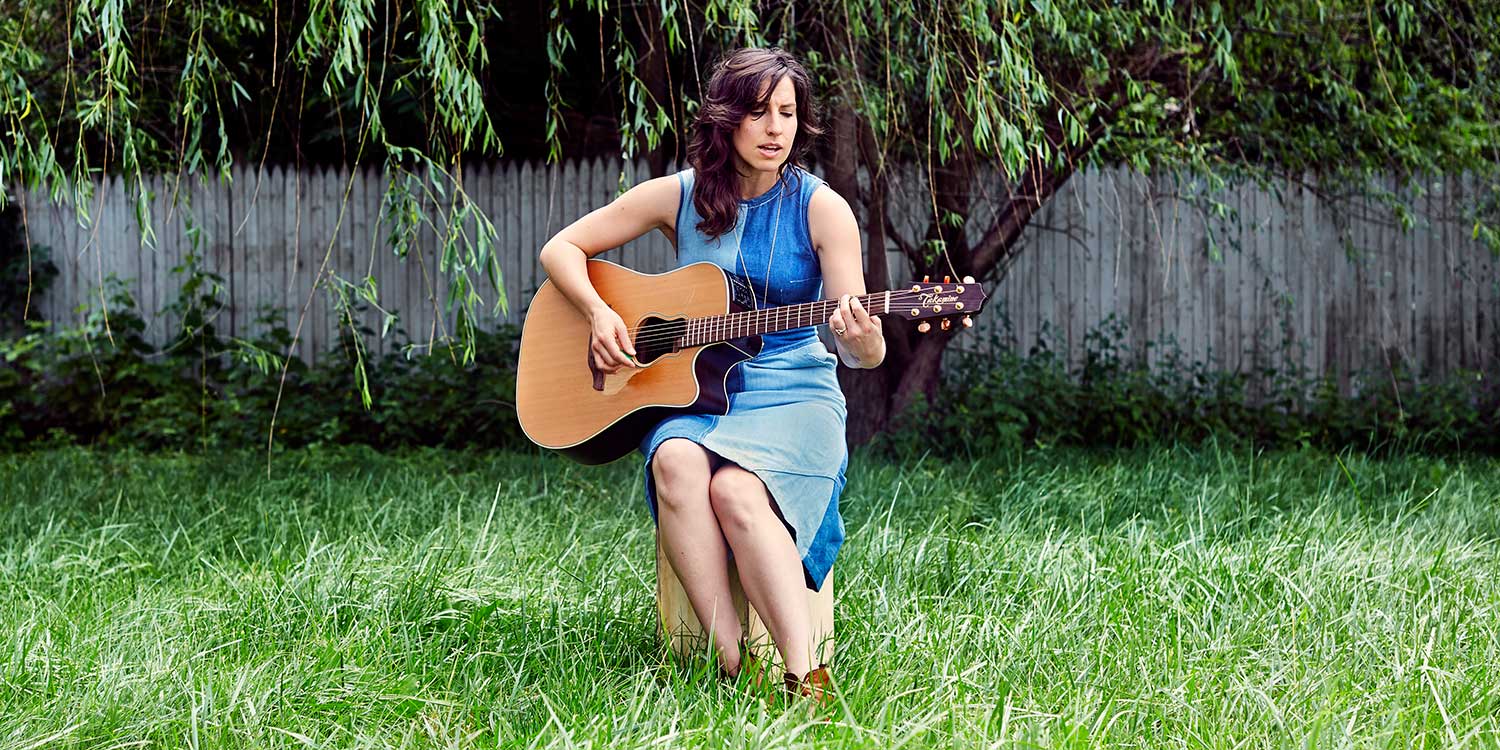 From Harvard to Honky Tonk

We expect the Ed School to produce the next generation of great teachers, education entrepreneurs, and policymakers, but for Leah Waldo, Ed.M.'15, her time on Appian Way, including one foot-stomping, memorable event, led her on an unexpected journey from Cambridge to Nashville to become a country musician.

It was truly a life-changing afternoon for Waldo as she sat in the audience of Askwith Hall in January 2015, listening to country legends Garth Brooks and Trisha Yearwood share stories of their own careers. At one point, Brooks described how after all his years performing he still got nervous before taking the stage.

For Waldo, it was a revelation. Despite having been a musician for much of her life, she herself had recently begun to struggle with severe bouts of stage fright.

“I began to get really nervous when I got on stage,” Waldo says. “It got to the point where I’d shake, I’d get so nervous I’d drop my pick, I’d forget the words. My stage fright kept me from doing the thing I loved the most.”

During the Q&A session, Waldo asked Brooks how he got over his nerves, not expecting it to become a chance to tackle her own fears firsthand. Brooks called her on stage, handed over his guitar, and invited her to perform in a “baptism by fire.”

Since that day, Waldo has started taking the stage once again, performing under the name Elisa Smith. She’s formed a band, The Tiny Little Lies, playing what she calls “outlaw honky-tonk” inspired by Hank Williams and Loretta Lynn. This past April she headed to Nashville to record her first album. She even brought a piece of that day with her: Brooks gave her his Takamine guitar after the performance, and she used it on the new record.

As much as that chance meeting with Brooks gave her the courage to get on stage, Waldo credits her time as a member of the Arts in Education (AIE) cohort for the enormous inspiration in shaping her songwriting.

“I think my coursework at AIE really made me think a lot about storytelling,” Waldo says. “I was surrounded by stories — from my classmates, my professors, and other folks I met along the way — and I learned to listen, which in turn made me a better songwriter.”

Waldo says that she has made a concerted effort to write songs that are “subversively feminist,” flipping gender norms on their heads. In one song, for instance, Waldo has the woman in the position of power driving a truck instead of just going along for the ride.

One project in AIE in particular inspired Waldo to start thinking about what subversive country music might look like. The goal of the assignment was to research an artist who influenced your life. On a whim, Waldo chose to look at Dr. Seuss.

“I read an interview with him where he talks about being subversive, how his message is couched because if the moral of the story is obvious, then no one will want to pay attention,” Waldo says. “That idea really resonated with me.”

Waldo says she is particularly hopeful her lyrics will have an impact on her male listeners, who currently make up the majority of her fan base.

“It’s funny that men like the songs, but they don’t realize the female is in the position of power,” Waldo says. “But even if it goes over their head, that’s the power of subversion, and maybe eventually it’s something that will get into their heads.”

Once the new record is done, Waldo plans to go on tour around New England and eventually make her way down to the Carolinas and Virginia. It’s been a surprise path, but in many ways, AIE, and in particular the program’s faculty director, Senior Lecturer Steve Seidel, Ed.M.'89, Ed.D.'95, prepared her for this new career.

“Steve often stressed the importance of allowing time to wonder and see where those wonderings take you,” Waldo says. “I think Steve helped me to recognize that oftentimes the things that you create lead you to places you would not have otherwise gotten to.”