Pathways to Prosperity Network At Five 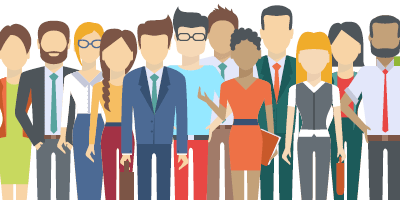 Five years ago, it started with one report from the Ed School that revealed that the majority of young people in America were not being prepared for success. As Pathways to Prosperity noted, fewer than half of all teens in the country reach their 20s with marketable college degrees despite 65 percent of jobs requiring postsecondary credentials by 2020. Unfortunately, as the report also found, more attention is given to college readiness than to career readiness. The need to address this skills gap, they found, was urgent.

In response, the Ed School joined forces with Boston-based Jobs for the Future, which includes many alumni, to create the Pathways to Prosperity Network. The network began small, working first with four states to develop clear career pathways for young people that would, in turn, create a pipeline of skilled workers for employers. The network has grown: Today, more than a dozen states are involved, covering nearly 46 percent of K–12 public school students. And the work these states are doing is tangible. In Delaware, for example, innovation grants were awarded to 15 high schools to develop pathways to high-priority industries in the state such as computer science and culinary arts and hospitality.

Network director Amy Loyd, Ed.L.D.’13, who initially did her Ed.L.D. residency with Jobs for the Future, says, “This has become a huge national movement, with lots of energy behind it. One report launched this, but now it has expanded to something so much bigger.”

Most recently, the network decided to reach back even further than high school. Possible Futures, Possible Selves, its new program for middle school students, provides open-source curricular modules for middle school teachers to download and use centered around skills for success and looking toward the future. The latter, in particular, allows students to look at their strengths and personal “sparks” — what motivates them — and ways they can use these to contribute to society.