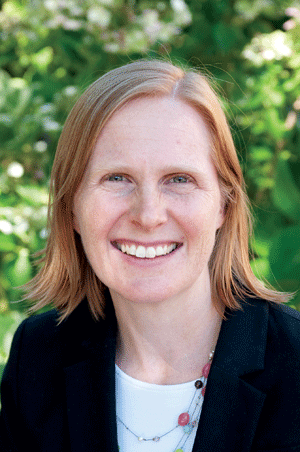 1975
I was born in Québec, Canada, the first redhead born at the Montréal General Hospital in 41 years. In the words of author Roch Carrier, "the winters of my childhood were long, long seasons," and thus began my love of snow and skating rinks. My first favorite book was Up in a Tree, Margaret Atwood's flight of imagination and can-do spirit.

1980
With my mom, dad, and brother, Michael, we moved to Cambridge, England, for a year, which became my first exposure to comparative education. The day I began kindergarten, everyone in my class already knew how to read. I didn't. I did learn to read, but my most lasting learning of that year was hand games, especially "Say, Say My Playmate," which I still play to this day with my dad.

1981
My family moved to Toronto, which quickly became home. My mom hung a giant map of the world on our kitchen wall. Every time I go to a new place, I imagine myself on that particular map, orienting myself to the world from the stability of home.

1987
I began grade seven at the University of Toronto Schools, a lab school of the Ontario Institute for Studies in Education, where I would later do my postdoc. My English teacher, Mr. Baker, assigned me a project on the meaning of a word. I chose the word "community" and riffed on what I saw as the two essential parts of this idea: common and unity. I began to think about a big question that still preoccupies me: How much needs to be common to have unity?

1991
I took part in an exchange program: Alix came to live with my family for three months and I lived with her family in Carpentras, France, for three months. When Alix returned to France, she left a key and a note with only one word: Venez! (come!) She had left me the key to her house, but in the process left me feeling like I now held the key to understanding how I could be part of a bigger world: through relationships.

1995
I joined my family in Montréal for the unity rally ahead of the referendum on Québec sovereignty. I embraced the slogan, "My Canada includes Québec," but I began to wonder how my Canada might be different than that of others. These ideas shaped my undergraduate thesis at Harvard College where I looked at how Canadian history was taught differently in English and in French and how these understandings of the past shaped national identity in the present.

1996
I made my first of now 16 trips to Juneau, Alaska, where my now-husband, Scott, grew up. After years of a city-girl identity, I came to love the forest and the mountains.

1998
I followed my ideas about history teaching and national unity to South Africa, where I spent a year doing ethnography in high school history classes. It was a time of reconciliation and of immense belief in the possibility of transformation.

1999–2002
I taught middle school in Boston and in Cambridge. My refugee students inspired me to learn more about their previous homes, the nature of exile, and the process of building a new home.

2003
Scott and I moved to Uganda, bringing together his work as an HI V physician and my work with refugee families. Living in Kampala and in two refugee camps, I learned how communities come together to create what they care most about: education for their children.

2007
Our daughter Khaya, was born, just after I completed my dissertation proposal at HGSE. My goal was a synthesis of parenthood and doctoral work, aligned with the doll from Botswana that I keep beside my desk — a mama off to work with her baby tied snuggly to her back.

2012
I joined the HG SE faculty. I inaugurated my lab group and call it mowana, the Setswana word for baobab tree. Baobabs are truly incredible trees, growing very slowly but steadily, able to take in the resources that are available and to give back to the ecosystem the strength to persist even in drought. This tree represents the aims of our work on education in settings of armed conflict globally.

2016
I am teaching the largest class ever of students for Education in Armed Conflict. I continue to be inspired by the work our students do to address some of the most intractable social inequalities and, in the absence of the stability of home, to help young people aspire to and build strong futures.