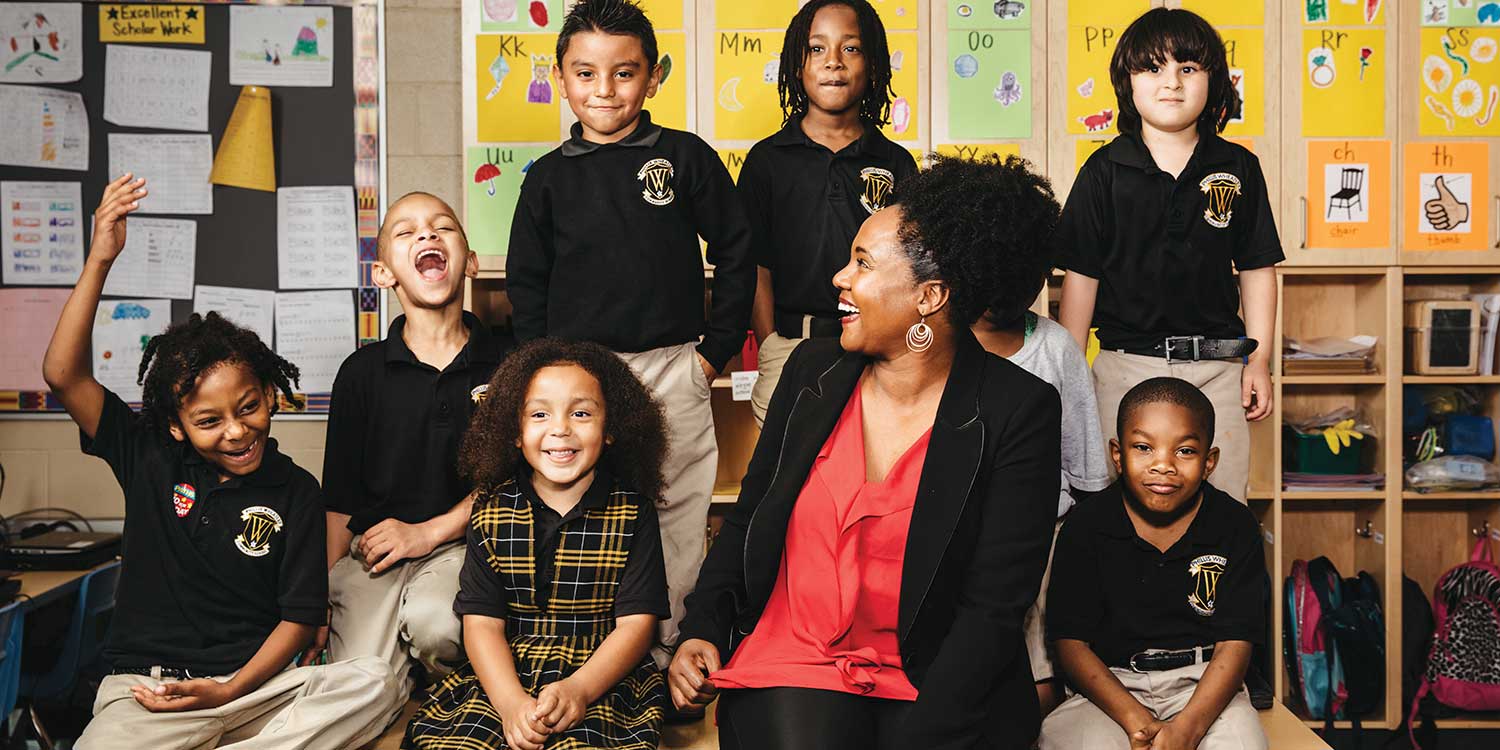 TIME magazine's annual list of the 100 most influential people in the world is usually populated with individuals — most of them famous — from certain categories: politics, business, science, media, and the arts. It's not often that an educator, especially one working behind the scenes, cracks the list. But this past year, one did — an Ed School alum who was featured in the winter 2008 issue of Ed. magazine: Kira Orange Jones, Ed.M.'06.

"I was humbled," Orange Jones says of hearing the news that she had been chosen. "Most educators will tell you, you don't get into the field of education for the pay, certainly not for the fame. We work for our students." And she has.

In the TIME essay written about her by Walter Isaacson, a journalist and former TIME editor, Orange Jones is cited as "one of the critical engines of innovation" in the successful reinvention of schools in New Orleans following Hurricane Katrina. "As Teach For America's executive director in New Orleans," Isaacson writes, "she attracted educators from across the United States and developed ways for reformers, community members, and veteran teachers to respect and learn from one another." She is also helping to make the teaching staff in Louisiana more diverse.

"As we've experienced so much change in our schools over the past decade in the wake of Katrina, the New Orleans community has seen the demographics of our teaching force shift," she says. "As a result, fewer of our majority African American students can look to the front of the classroom and see a teacher who looks like them. Knowing that teachers who share the background of their students have potential for profound additional impact, we have prioritized building a more diverse teaching corps. We believe that we need leaders who share the racial and economic backgrounds of our students as well as those who bring the privilege of our current education system and a commitment to using that privilege to create greater equity."

As a result, Teach For America's 2014 corps is the most racially and socio-economically diverse in their history. "Thirty-four percent of the Louisiana corps identifies as a person of color — 20 percent African American — 35 percent come from a low-income background, and 22 percent were the first in their family to go to college," Orange Jones says. "Additionally, 20 percent identify as a Louisianan, and many went to school at one of our state's great colleges or universities."

It these kinds of changes and this kind of impact that Orange Jones hoped to make when she moved to New Orleans after Katrina, during what she saw as a small window of opportunity for energetic educators to truly transform the battered area's schools. "We have to get this right," she said in Ed., back in 2008. "There are thousands of kids getting up every morning depending on us for a future. It's everyone's responsibility. Certainly it's mine." School in a Mill