How Do Employers View For-Profits? 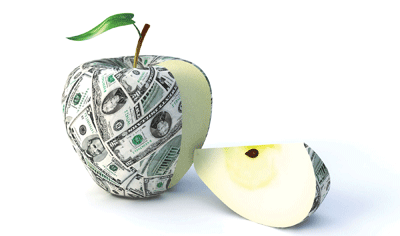 Does for-profit education pay off? That’s the question that motivates the recent work of Associate Professor David Deming, who has chronicled the whirlwind growth of for-profit colleges and raised significant questions about their recruitment efforts, their effectiveness, and their dependence on taxpayer dollars. In his latest study, published by the National Bureau of Economic Research, Deming looks at the value of for-profit credentials in the labor market.

The growth of the for-profit colleges. What’s driving it?
For-profits have been responsible for about one-third of all the growth in associate’s and bachelor’s degrees over the last decade. In 2012, 10 percent of all bachelor’s degrees in the United States were awarded by for-profit colleges. To understand why, a quick primer on the financing of higher education is required.

Historically, most funding of public colleges comes from state and local governments … and has been declining for the last 15 years. This means that more of the burden of paying for college has shifted to the student, in the form of higher tuition.

Unlike public institutions, for-profits are funded mostly by Federal Title IV funding (Pell Grants and Stafford Loans). For-profit colleges account for about a quarter of all Title IV dollars, and 7 of the 10 largest Pell grantees are for-profits. Unlike state and local support for higher education, these federal programs have grown more generous over time.

So you conducted a resume audit experiment. What is that?
We created fictitious resumes with randomly assigned postsecondary credentials, and we submitted these resumes to real job vacancy postings on a large, online job board. Our experiment asks a simple question: Are employers more or less likely to express interest in a job applicant when their postsecondary credential is from a particular institution?

We populated our fake resumes with real work histories of people who had actually attended the institutions in our study. … The point was to send realistic resumes that would be similar in every way except for the type of school attended — for-profit or public.

What did you find?
The most significant result was that for business jobs that required a bachelor’s degree, an otherwise identical resume with a degree from a for-profit online school was 22 percent less likely to get a callback than a resume with a degree from a nonselective public school. We also found that for jobs where employers don’t require you to have a degree, there wasn’t much advantage to having one, including from a public institution.

What are the lessons here, in your mind?
Well, the primary lesson is that the employers did not seem to have a very high opinion of degrees from for-profit colleges. Given that these colleges are also more expensive, it is hard to argue that they are a better investment than other choices.

Does this mean that we should shut down for-profit colleges? In my view, things are not so simple. It’s not productive to consider the for-profit sector in isolation. The growth in for-profit colleges is the result of a choice we’ve made about how to fund higher education in this country. As long as the demand for highly educated workers continues to grow, and as long as state and local funding continues to decline, it will be hard for public colleges to produce enough graduates to meet the needs of employers. I’m hoping our results will push this conversation forward.