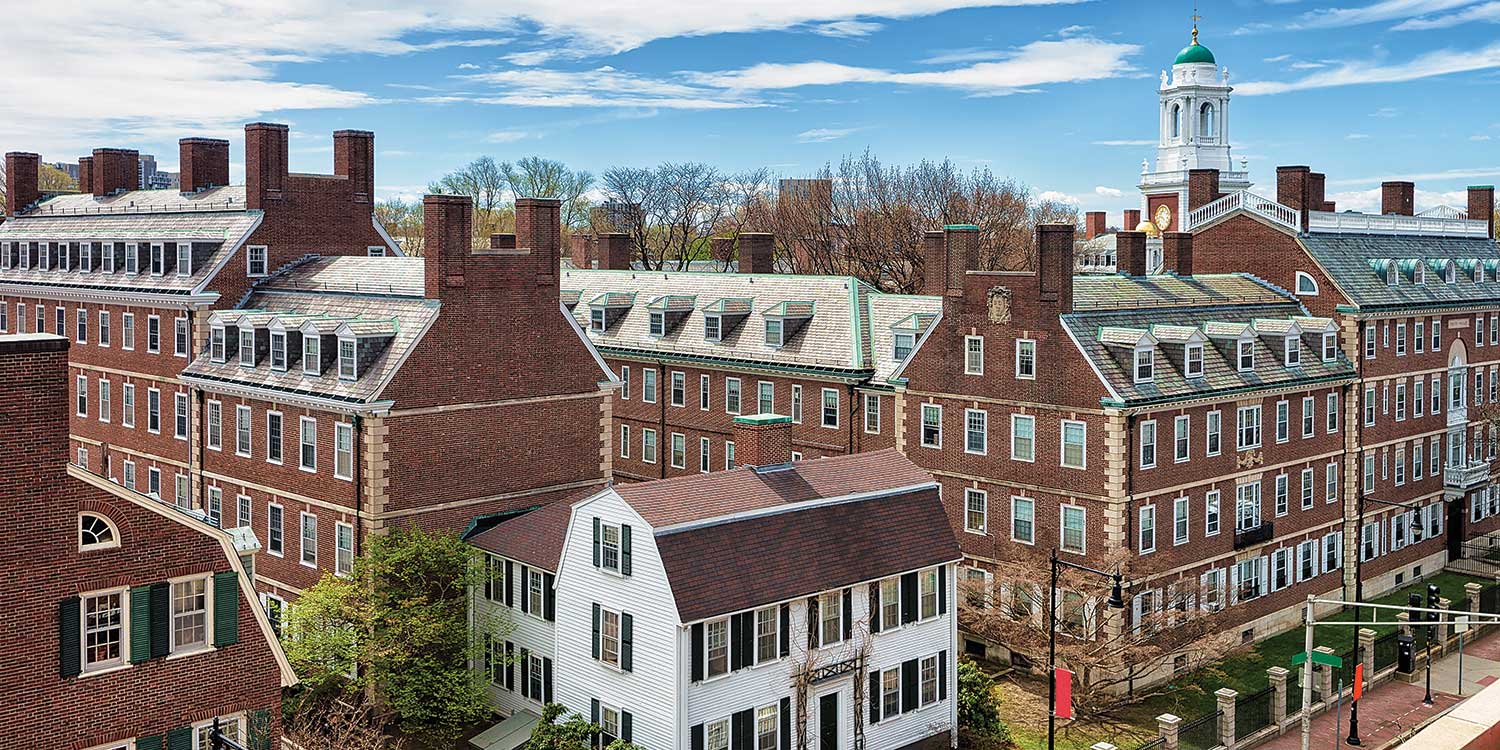 How to help first-generation college students succeed on campus A few years ago, Professor Richard Light was teaching a freshman seminar in Harvard Yard. About halfway through the semester, after reminding the class about their final research papers focused on higher education, one student asked for a meeting.

"I have an incredibly basic question to ask," the student said to Light. "What is a research paper?"

After Light answered, the student told him he had never been asked to write anything like that in high school. The student also explained that he was the first in his family to go to college. For his final paper, the student decided to interview a dozen other first-generation students at Harvard to get a sense of the challenges they were facing.

"It was the best paper I got that year," Light says. The paper, and the experience, got Light thinking about first-generation students. He called up his friend and former student Bill "Fitz" Fitzsimmons, Ed.M.'69, Ed.D.'71, dean of admissions at Harvard College. Fitzsimmons, himself a first-generation college student, told Light that this was the fastest-growing group of admitted students at Harvard. Together, Light and Fitzsimmons brainstormed ways to help these students truly succeed in an academic and social world that likely was very different for them. At the time, a fairly big body of research already existed on helping first-generation students succeed at larger schools, but what they realized was that there was almost none on helping students at more selective private campuses like Harvard.

"People always ask, is there really a difference?" Light says. "The answer is yes. Schools like Harvard or Georgetown are so darn demanding." For example, a few years ago, Light researched how many hours a week students at various schools work on academics outside of class. He found that the average at Harvard, Yale, and Swarthmore was 29 hours. At one large public university in the Midwest, it was 11. At one on the East Coast, 6.

"Imagine going to a campus that asks for roughly 29 hours a week, week after week," Light says. "It's a different world for some students."

Light and Fitzsimmons decided to start what would become the First Generation Student Success Project with three other universities: Duke, Georgetown, and Brown. After an initial meeting in 2012 with admissions directors, deans of students, and other top administrators, the four schools agreed to each interview, in person, about 30 randomly chosen first-generation sophomores at their schools, plus 20 students from college-going families. Using a shared set of questions, they wanted to get a sense of how these students adjusted or struggled during their freshman year, in and out of class.

Of the first-generation students at Harvard, Light says, "The students were delighted to talk. No one had ever asked them these questions before."

Last May, the four schools met again to share findings. They agreed to do another round of interviews with a new set of sophomores this year. When the students are seniors, the plan is to reinterview each of them so they can reflect on their entire college experience.

Although the project has not released preliminary findings, Light says his "tentative inklings" about what they are starting to see includes something obvious: For first-generation students at highly selective schools like Harvard, the kind of high school they attended is a big shaper of their experience in college. Also, some of these students are angry, "bordering on furious," Light says, when they realize the kids down the hall got a better education.

"They realize they were shortchanged," he says.

Current doctoral student Rachel Gable, Ed.M.'14, has helped with research and interviewing, and wrote a report for the project's working group. She says what's become clear to her is that researchers and college administrators need to meet students where they are. They need to "truly listen to their stories, learn from their experiences, and respond to their needs to help maximize their college experience."

Beyond academic rigor, a big need is to look at life outside of class. For many first-generation students, money to pay for books or supplies, or even to participate in social events, is often an issue. Students who don't come from college-going families often have difficulty describing aspects of university life to parents. One student told Light that he struggled to explain to his mother what "being a sociology major" meant. For others, being exposed to new things that are common for some students is jarring. During one of the project's meetings, a dean of admissions, a former first-generation student, recalled a classmate asking him where he "summered."

Light says, "That was the first time he heard summer used as a verb." This reminded Light of a Harvard student he interviewed who constantly heard talk about "Andover" and "Exeter" when he first arrived in Cambridge.

"This student had no idea what those places were," Light says. "For all he knew, they could have been candy shops in the Square."

Read about Melissa Catignola, Ed.M.'14, and her virtual internship with the nonprofit I'm First.