Harvard EdCast: The State of Sex Ed in America

Catherine Brown, vice president of education policy at the Center for American Progress, provides insight into sex education standards around the country and the shift to do more.
By Jill Anderson
November 8, 2018 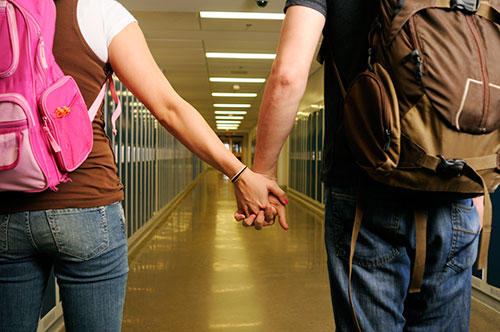 With the rise of #MeToo, consent — what it means, how to recognize when it is or isn't being given, how to effectively voice it — has been one of the most talked about topics of the year. And with it has come the question of how and when to educate children about consent. Similar to sex education, consent education is not yet universal in schools in the United States. In fact, according to a report released this year by the Center for American Progress (CAP), only 24 states and the District of Columbia mandate sex education in public schools, and even fewer states include consent.

“Sex ed is often scattershot and many of the students don’t have access to sex ed at all,” says Catherine Brown, the vice president of education policy at CAP, who coauthored the report released this spring, “and when they do, it is often fear-based and all the things that can go wrong.”

Sex education in America is still often taught as abstinence-only, despite decades of research showing that this approach results in higher teen pregnancy rates and STDs. Absent a more complete sex education — or any at all — children often learn from peers, siblings, or the internet, says Brown, opening the way for misinformation and a lack of understanding of what is and isn’t appropriate when it comes to respect in sexual relationships. Students need to be prepared for the world we live in and become part of a broader conversation about “communication, intimacy, desire, and healthy relationships,” she says.

Although the federal government has moved to reduce access to intervention tools such as sex education, the good news, Brown says, is that many states, fueled by the #MeToo movement, are taking initiative to make change. “#MeToo is the catalyst for better consent and sex ed in schools and states around the country,” Brown says, citing Georgia, Illinois, Missouri, and Maryland as states that have updated laws to include consent.

In this edition of the Harvard EdCast, Brown provides insight into sex education standards around the U.S. and the movement to change them.