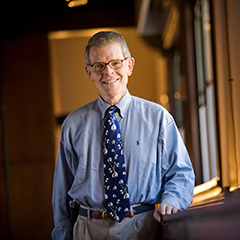 Thomas Payzant was a professor of practice at the Harvard Graduate School of Education from 2007-2012. He was initially appointed as a senior lecturer on Education from 2006-2007 before being promoted to professor of practice. Prior to that, he served as superintendent of the Boston Public Schools from October of 1995 until his retirement in June of 2006. Before coming to Boston, he was appointed by President Clinton to serve as assistant secretary for Elementary and Secondary Education with the United States Department of Education. He led a number of significant systemic reform efforts that have helped narrow the achievement gap and increase student performance on both state and national assessment exams. In addition to his tenure in Boston, Payzant served as superintendent of schools in San Diego, Oklahoma City, Eugene, Oregon, and Springfield, Pennsylvania. Payzant's work has been recognized by educators at the regional and national level. In 1998, he was named Massachusetts Superintendent of the Year. In 2004, he received the Richard R. Green Award for Excellence in Urban Education from the Council on Great City Schools. And Governing Magazine named Payzant one of eight "Public Officials of the Year” in 2005. Payzant also received the McGraw Prize for his leadership of the San Diego school system from 1982 through 1993. Throughout his career, Payzant kept abreast of the professional and research literature, contributing to it regularly, a remarkable achievement for the leader of a major urban school system. His essays, book chapters, book prefaces, and book reviews have been directed to both professional educators and policymakers.