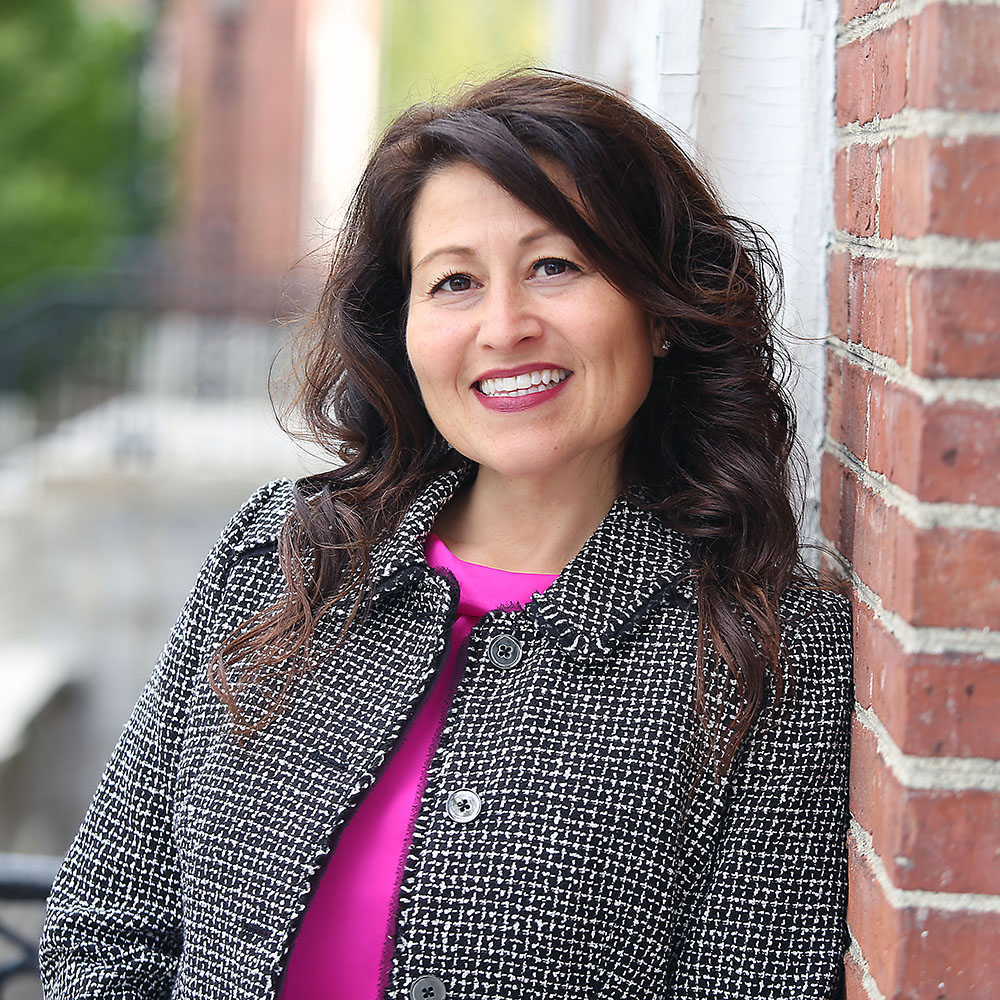 Adriana Umaña-Taylor is a professor of education in the Harvard Graduate School of Education. Her research, guided by developmental and socio-cultural ecological frameworks, focuses on understanding how individual and contextual factors interact to inform adolescents' development and adjustment. Her work seeks to apply developmental science in a manner that reduces ethnic-racial disparities in psychological and academic adjustment and, in turn, promotes social justice. Umaña-Taylor has successfully collaborated with school districts for over 15 years to design and implement large-scale, longitudinal, school-based data collection efforts with high school students. Her work has expanded to include prevention science and intervention programming with a focus on promoting youths' developmental competencies. Specifically, she developed an intervention curriculum (The Identity Project) that is grounded in developmental theory and engages adolescents in the developmental processes of ethnic-racial identity exploration and resolution. Her current research projects include TIDES, which is a longitudinal study funded by the National Science Foundation and designed to understand how adolescents develop their ethnic and racial identities in the context of their peer relationships within the school setting; the BIO study (race-based biological stress, ethnic-racial identity, and educational outcomes), which is funded by the Spencer Foundation and examines how the negative physiological effects of race-based stress can be reduced by intervening in adolescents' ethnic-racial identity development; and the Identity and Positive Youth Development Across Cultures study, which examines the promotive nature of identity development for adolescents in Colombia, Chile, and the U.S. Her books include: Studying Ethnic Minority and Economically Disadvantaged Populations: Methodological Challenges and Best Practices (with G. Knight and M. Roosa; American Psychological Association, 2009) and Studying Ethnic Identity: Methodological and Conceptual Approaches across Disciplines (co-edited with C. Santos; American Psychological Association, 2015). Umaña-Taylor serves on multiple editorial boards, and previously served as associate editor for the Journal of Research on Adolescence, as a member of the executive council of the Society for Research on Adolescence, and on the board of directors for the National Council on Family Relations. Her contributions to mentorship and student training have been recognized with national awards such as the Outstanding Mentor Award from the Society for Research on Adolescence and the Marie F. Peters Award from the National Council on Family Relations.

Dr. Adriana Umaña-Taylor will serve as the PI on the subcontract awarded to President and Fellow of Harvard College. Dr. Umaña-Taylors scope of work across the five project years (09/01/2017 08/31/2022) is broken down as follows:  Year 1 Dr. Umaña-Taylor will prepare the training materials for the intervention, provide on-site training to project facilitators, and conduct weekly fidelity checks of the interventions implementation with project facilitators. In addition, the PI will meet with other members of the research team to discuss the interventions implementation and advance the projects research aims. She will also consult with the investigative team on measure selection, variable construction, and analyses.  Years 25 Throughout Years 24, Dr. Umaña-Taylor will consult with the investigative team with respect to variable construction and data analysis, and she will contribute to manuscript preparation. Dr. Umaña-Taylor will present the studys findings at conferences and facilitate the dissemination of the projects results. In addition, the PI will communicate and consult with other members of the research team to discuss the projects progress and advance its research aims.