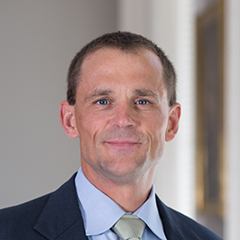 James E. Ryan began his tenure as dean of the Harvard Graduate School of Education on July 1, 2013. A leading expert on law and education, Ryan has written extensively about the ways in which law structures educational opportunity. His articles and essays address such topics as school desegregation, school finance, school choice, standards and testing, pre-K, and the intersection of special education and neuroscience. Prior to joining HGSE, he was the Matheson & Morgenthau Distinguished Professor at the University of Virginia School of Law. He served as academic associate dean from 2005–09 and founded and directed the school’s Program in Law and Public Service.

During his time at HGSE, Ryan increased the size, strength, and diversity of the HGSE faculty with the hiring of 20 new faculty and the addition of 12 to the senior faculty rank, including promotions and joint appointments. He established the Global Visiting Fellows Program, with an emphasis on recruiting international scholars to HGSE.

Much of Ryan’s deanship was focused on teaching and learning at HGSE, as well as on building HGSE’s connections with the greater field of education. He established the Teaching and Learning Lab, which provides support for innovative and effective approaches to teaching and learning on campus, including the Instructional Moves website, an innovative online resource for developing the teaching skills of faculty members in colleges and universities. He also launched the Harvard Teacher Fellows Program, an innovative teacher training program for Harvard College seniors and recent alumni.

Under Ryan, HGSE’s professional development programs continued to expand. They now reach more than 10,000 participants per year, on campus and online, and revenues have more than doubled. Ryan oversaw the creation of two new online certificate programs: the Certificate of Advanced Education Leadership (CAEL), based on the successful Doctor of Education Leadership degree program; and the Certificate for School Management and Leadership, in partnership with Harvard Business School and based on the CAEL learning model.

In 2014, Ryan guided the relaunch of Usable Knowledge, an online resource designed to make actionable research findings accessible to teachers, policymakers, parents, and other educators with a website that now claims more than 2.5 million unique page views.

Building a strong HGSE community was a priority for Ryan. In 2014, he began a community-wide conversation on Fulfilling the Promise of Diversity intended to prepare students for careers working in diverse environments, an initiative that continues to this day and has resulted in new courses, prominent invited speakers, and teaching workshops related to diversity and inclusion. Ryan implemented the Askwith Debate series and the Dinners, Dilemmas, and Debate (3D) program, designed to teach students how to learn through disagreement and respectful debate. He also launched Double Take, a live storytelling series for the HGSE community that features stories from faculty, students, and staff.

During Ryan’s tenure as dean, the Ed School surpassed its Campaign goal of $250 million by raising $340 million, including a $35.5 million gift from the Saul Zaentz Charitable Foundation, the largest gift in the school’s history, given to establish the Zaentz Early Education Initiative, and a $30 million grant from the Chan Zuckerberg Initiative to establish Reach Every Reader. More than $152 million was raised for core priorities, including financial aid and faculty chairs, and more than $6 million in seed funding was raised to launch or support promising faculty projects, including the Education Redesign Lab, Making Caring Common, RIDES (Reimagining Integration: The Equitable and Diverse Schools Project), and Scaling for Impact.

Ryan also oversaw planning for a restructuring of HGSE’s master’s degree programs. The reimagined program will elevate the status of the education profession by defining its key aspects, including core knowledge and skills that all educators should have; putting learning at the center of the profession and of master’s students’ own preparation; and meeting the evolving needs of HGSE’s master’s students.

Effective July 1, 2018, Ryan stepped down as dean to become president of the University of Virginia.