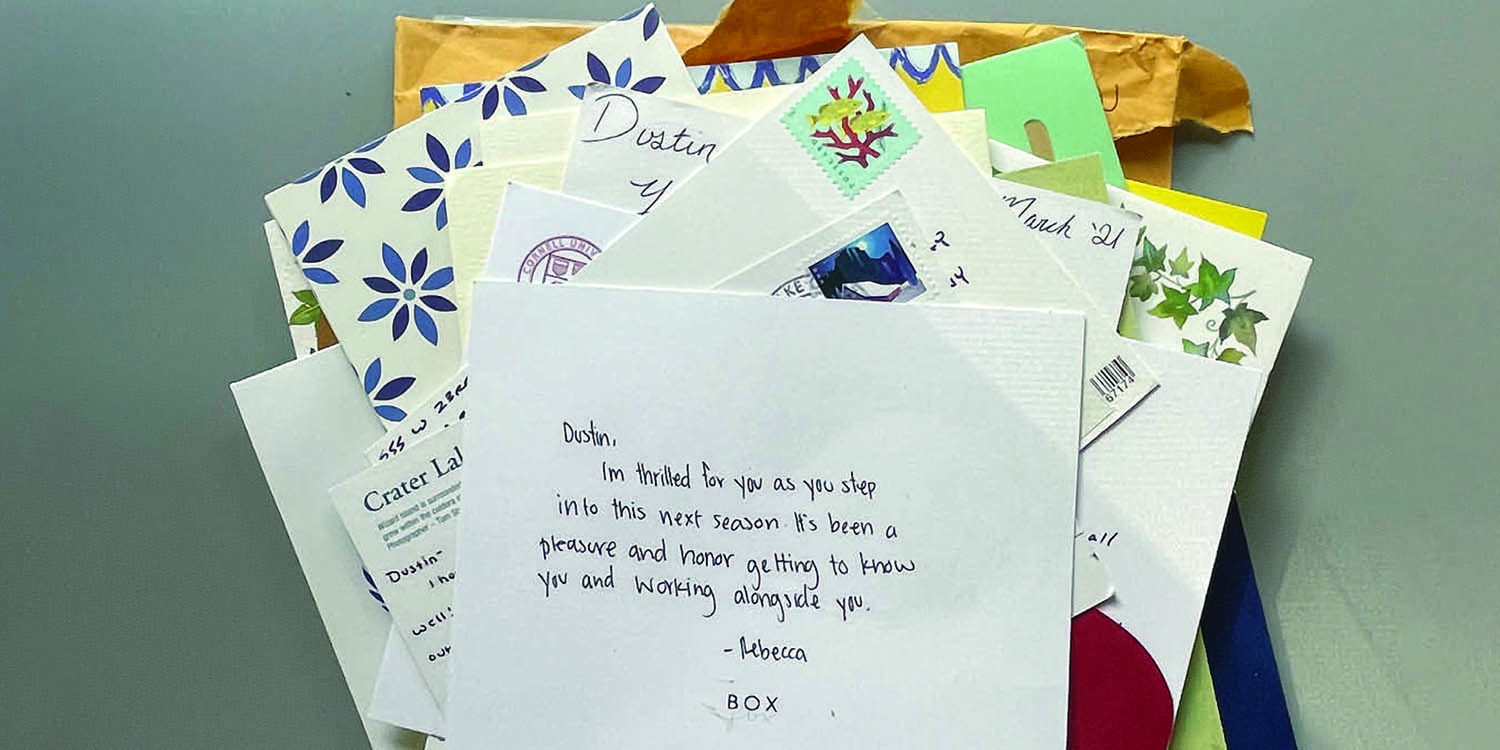 When his childhood bedroom in Manhasset Hills, New York, became his Ed School classroom during the pandemic, and his family (mom, dad, and brother Nelson) became his learning community, Dustin Liu, Ed.M.’21, says he found joy in something many consider ho-hum: receiving snail mail at home, especially when it was from people in his Ed School world.

Prior to COVID, Liu says he didn’t get much paper mail, “just the regular stuff — bills, catalogs, flyers,” he says. But then during the holidays, he got his first piece from a peer in his program. “My classmate, Chandler, sent me his family holiday card from Connecticut,” he says. “It was a surreal experience and felt like the most ‘in-person’ experience I had with my classmates.” Later, during the spring semester, the mailings became more frequent. “I had friends who would send me books, small notes, postcards, and even a plant!” One of his professors, Lecturer Alexis Redding, Ed.M.’10, Ed.D.’18, sent small gifts to students after hosting trivia events and raffles. Liu, who is now living in Boston and working in-person as a teaching fellow at the Ed School, displayed these “valued artifacts,” as he called them, in a special place in his room. “Right in eyes view on the cabinet next to my bed,” he says. “It made the virtual year feel less virtual.”

What’s one of your favorite memories from your time studying at the Ed School? Let us know.