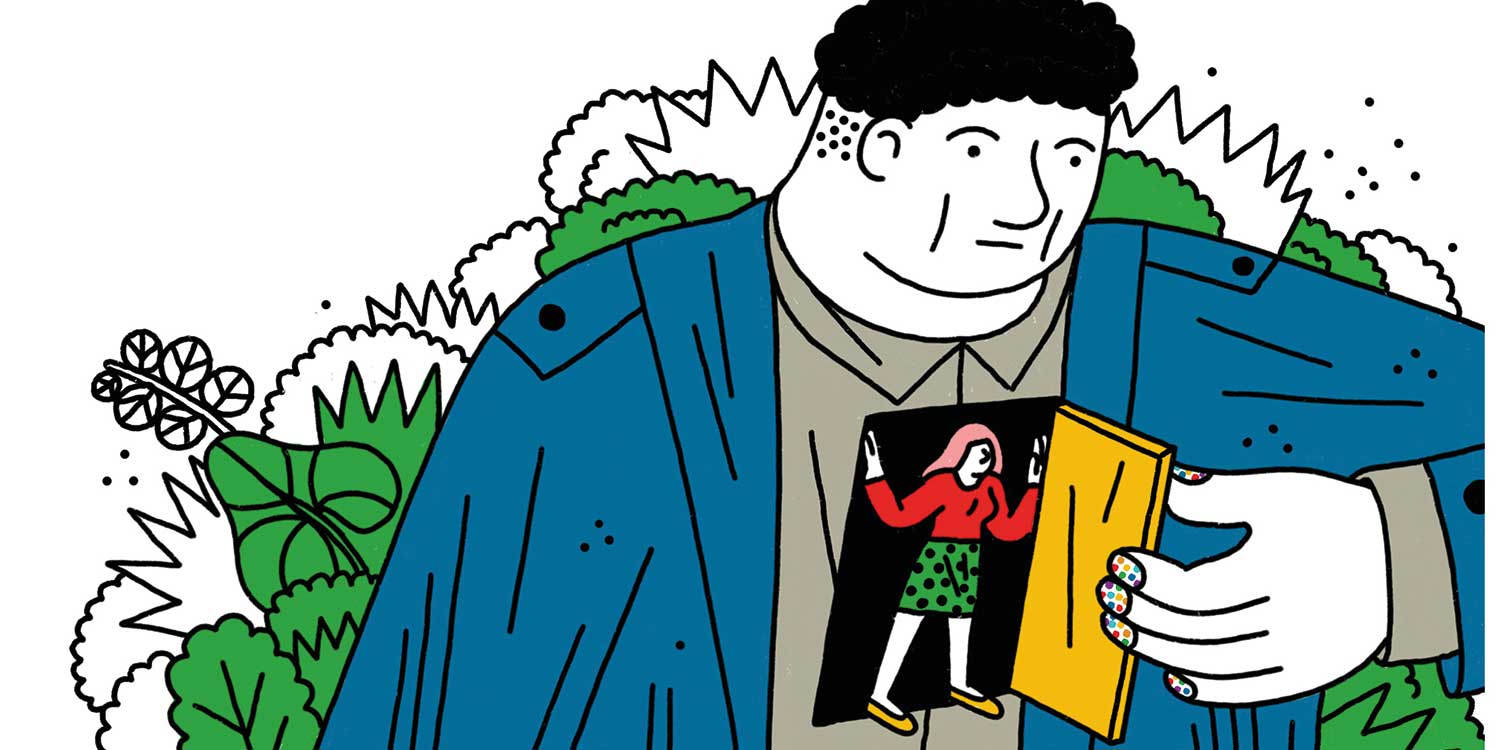 Right on the Nail

A teacher disrupts the gender binary, starting with a fabulous mani

As a child, I liked pink, played dress-up in my mother’s skirts, dressed as the wicked witch from The Wizard of Oz on Halloween (twice), held my pinky out for chocolate milk — the list goes on. I also liked biking, camping, fishing, and playing in the dirt. Still, the cost of my affinity for pink and playing dress-up, despite my affinity for things we typically associate with “boys,” reductively cast me as the “sissy boy,” which resulted in social punishments like exclusion and bullying. That’s how the hegemony of the gender binary works: You’re not “normal” if you’re a boy and you like some “girl” stuff. As an adult, I learned to fake it when I felt I had to but started to wonder, why should I?

My aim is not to guilt teachers who have relied on the binary of gender; it is invasive and takes work to act outside of it. How often might we hear “boys against girls in today’s spelling game” and not question it? However, it is these subtle aggressions that silence queer and questioning kids (like me all those years ago). Without education around gender and sexuality, we will continue to raise children, who, like me, are always on guard about how much they can be themselves. I see my own students on guard about the colors they can like and the games they can play, and that is not the reality I want our children living in.

At school one day, a student made up an excuse for why the toy in his pocket was purple. A group of fourth-graders had loudly commented on my bright pink sneakers, pointing to one another. “Look at him wearing girls’ stuff!” Hearing how engrained the gendering of colors and clothes was made me realize how much we needed to disrupt the gender binary if we ever hoped it might indeed get better.

As I reflected on my teaching practice and my position as a queer educator, I realized that I was hiding authentic parts of Spanòmyself at school. For example, I enjoy a nice manicure and playful paint job but had never dared to do it since I assumed it would create unnecessary attention. This was a lost opportunity to be a model for queer youth who are looking to see adults living happily or to be someone at school who will support them.

So last June I had my nails painted rainbow polka dots for pride month. The mani was quite the conversation piece. Many gave compliments, and an equal number had questions. Some second-graders said, “Boys can’t have painted nails!” When I told them that people can style their hair or wear whatever clothes they feel comfort-able in and flashed my nails, most agreed. The next day, one student who was insistent boys could not paint their nails came to me and said, “I guess you’re right. I saw a boy on the train with green nails!” My nails suddenly played two roles: personal enjoyment and teaching tool.

So far this school year, the headlines have already shown a fourth-grader who committed suicide after coming out. Queer visibility is important. So, this school year, my nails are fabulously painted, and for the first time in my career, a photo of my partner and our two dogs sits on my desk. I am disrupting what is “typical” gender performance, and thus I stand out as a queer educator for students who may be queer or questioning. On the other hand, my outness is a window and a conversation starter for others to learn more. It is one action I can take, one nail in the coffin (okay, 10 nails), to help disrupt the binary of gender that pervades some of our practices in schools. But just as important, I’m a happier teacher when I look down and see my nail art. It feels like me. In teaching, we talk a lot about modeling. I finally feel like I’m modeling “be yourself.” But That’s a Girl Book!