How one professor offering help in statistical analysis became a way to nurture HGSE's learning community — through knowledge-sharing, collaboration, and relationships
By Lory Hough
November 4, 2022 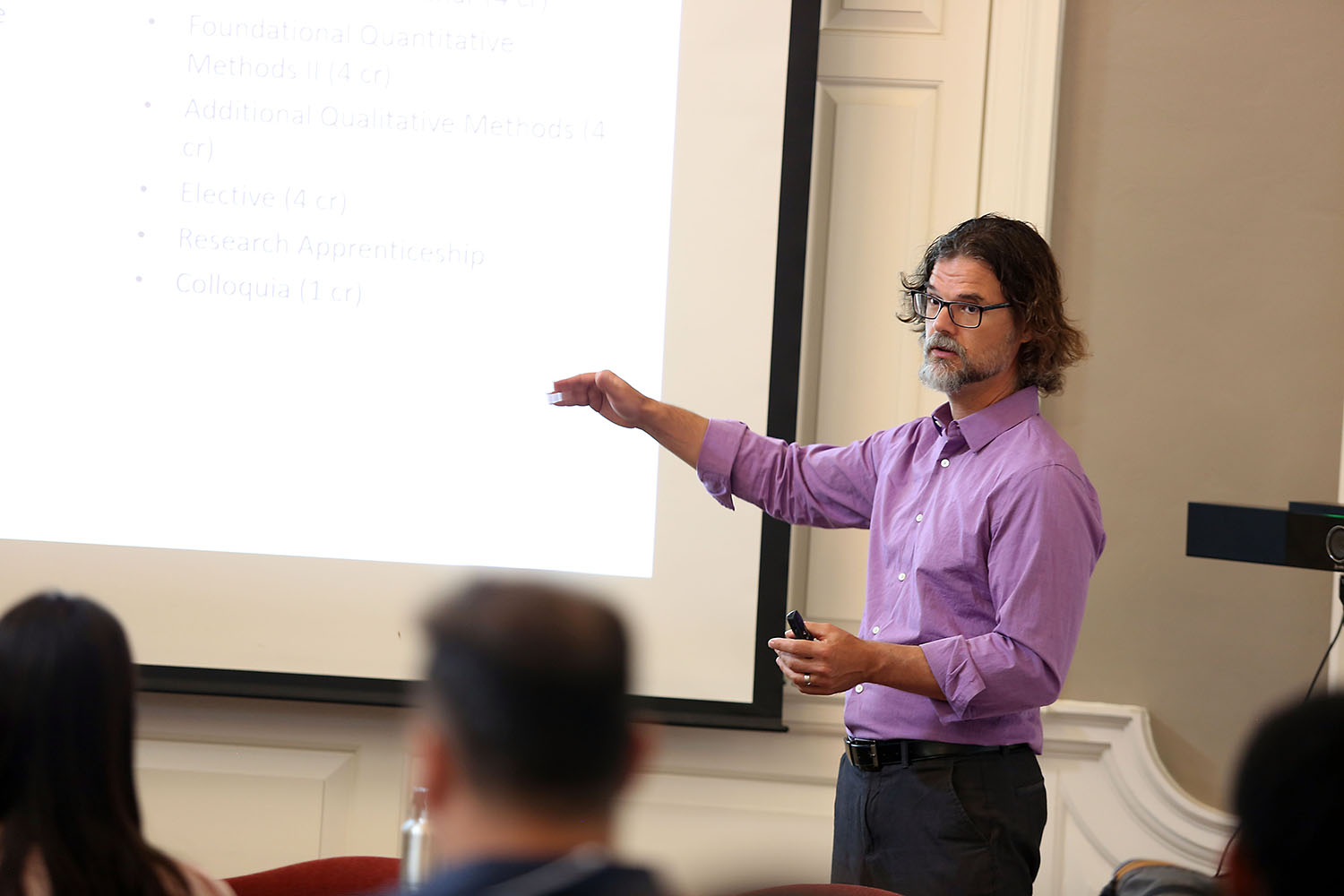 Associate Professor Luke Miratrix decided he had an answer for that, at least when it came to statistics, his area of expertise: he would offer office hours to his colleagues.

In an email sent to faculty this fall, Miratrix wrote, “I wanted to remind you all of several places one can go to get help on statistical or computing challenges. One of these resources is me.”

Going on to describe himself as “your friendly resident statistical methodologist” — someone who develops ways of analyzing data — Miratrix wrote that his idea in reaching out was to bring together their pools of knowledge. “My training is likely different from yours, and thus I am hopeful that the different perspective this brings will sometimes help reveal a new opportunity, even for a problem that you have been reflecting on for a while.”

Miratrix, who joined the Ed School in 2015, says he’s not surprised that some people feel less than confident in areas like statistics. “We live in a specialized society, especially in academia. We want people to have deep knowledge of the things they are studying, but time is limited and acquiring such knowledge takes lots of time,” he says. “We shouldn’t also expect those people to have deep knowledge of all of the statistics they might bring to bear.”

Even as a trained statistician who runs the C.A.R.E.S. Lab (Causality, Applications, and Research in Education and Statistics), Miratrix admits he needs help with statistics on occasion, too. “The ways of analyzing data are vast and myriad, no one can know all of it,” he says. “For example, recently a colleague wanted to talk about how to handle some comments they received from a reviewer for an article they had written. They were using a statistical method called ANOVA in a way that was far beyond any training I had ever received. They had to educate me as to what they were doing so that we could brainstorm ways of addressing the reviewer comments.”

Asked if faculty are ever shy to approach him for help, he says he can’t be sure — some faculty needing help may never show up — but he hopes it’s not a barrier.

“Statistics and quantitative tools have been so frequently weaponized to make people feel bad about themselves,” he says. “Quantitative argument is often used as an intimidation tactic, where people employ it knowing that their argument is not necessarily accessible to those without certain kinds of training. This makes statistics far more loaded than I would like.”

So far, his meetings with faculty have varied. Some just show up, looking for a few pointers. Other times, people come to him when they realize that the statistics they know is not quite right for the situation they have and so, with Miratrix, they brainstorm ways to extend what they know to their new context.

“In other occasions, we will end up getting to a point where no one knows exactly what the best thing to do is, and those are the places where I might go do some extra thinking and potentially write up a few notes,” he says.

In every situation, it’s always a collaboration of what faculty know and what he can add. “Basically, by taking someone’s deep subject expertise and mixing it with the ideas that I have seen,” he says, “we can often come up with approaches to analyzing data that neither of us would have thought of on our own.”