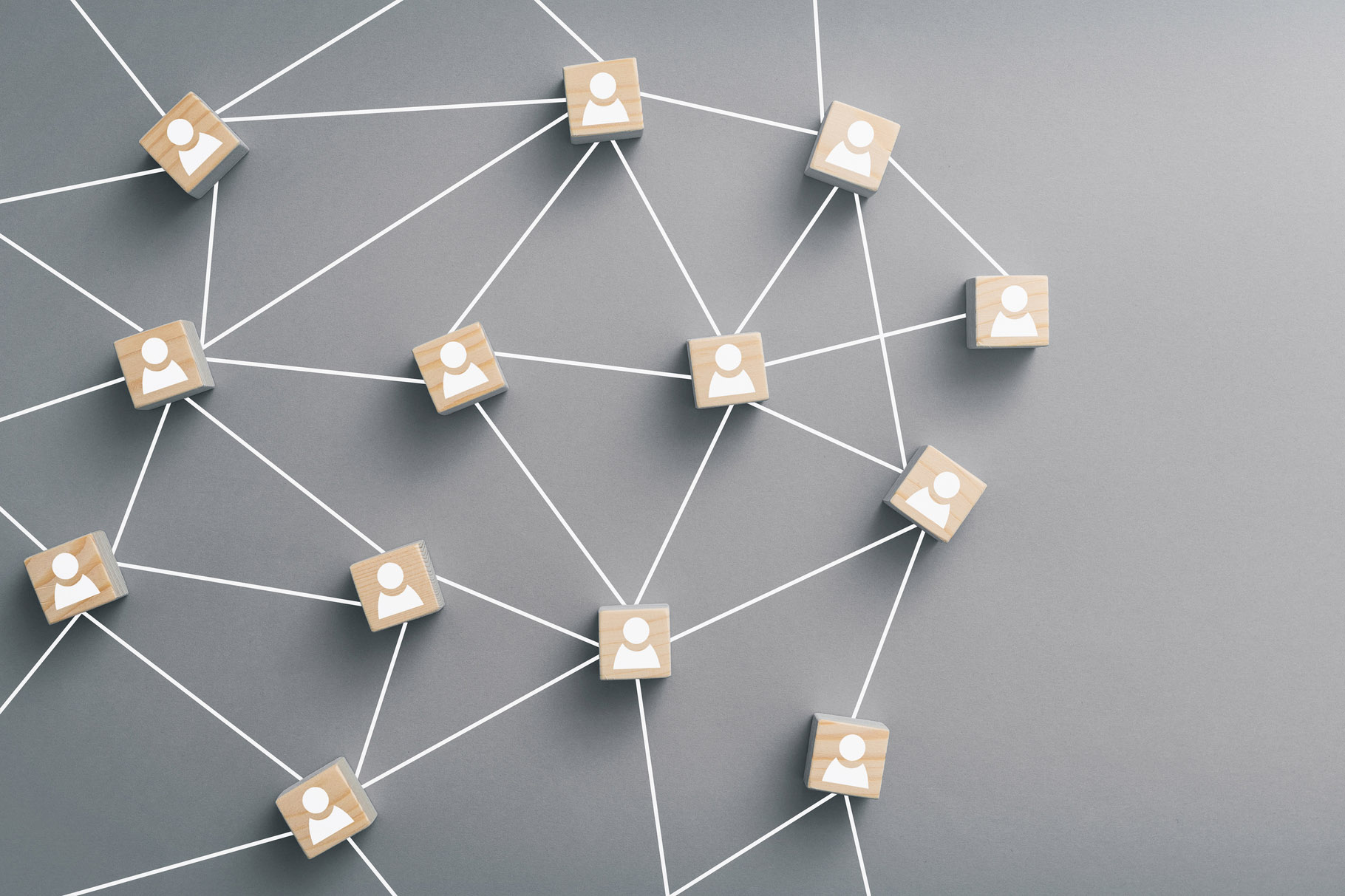 The challenges any school superintendent faces are legion, but for nearly two decades, leaders from some of the largest urban public school districts in the country have turned to Harvard to learn the art and science of management to improve student performance.

From raising math scores to reducing chronic absenteeism, the Public Education Leadership Project (PELP) has served as a unique resource for the field, strengthening the management capacities of school leaders. Founded in 2003 as a partnership between the Harvard Graduate School of Education (HGSE) and Harvard Business School (HBS), PELP has brought together teams from 50 urban school districts and across 27 states to test and refine new management theories and to advance the practices of school leadership.

At the heart of the project is the PELP Summer Institute a one-week executive education program led by faculty from both HGSE and HBS. Twelve district leadership teams led by their superintendents participate in the program, a rare opportunity for leaders to focus on the obstacles standing in the way of student success — among colleagues who understand the dilemmas better than anyone.

“This is a sacred space to talk and strategize about what matters most in schools, which is teaching and learning,” says HGSE Senior Lecturer Jennifer Cheatham, faculty co-chair of PELP, who — before joining the HGSE faculty — was a PELP participant herself, first with Chicago Public Schools and then as superintendent of Wisconsin’s Madison Metropolitan School District.

In addition to leadership development, PELP faculty and district partners have also codified their experiences in the form of research notes, books, and more than 60 case studies that have helped capture and define the work of district leadership, creating an “amazing synergy,” Cheatham notes, between research and learning and practice.

“Combining both the business and educational perspectives, which is the result of having both schools working together over the last nearly 20 years, is a very distinctive contribution that PELP provides to the sector,” says HBS faculty member John Jong-Hyun Kim, PELP's other faculty co-chair. “It reflects the recognition that school districts are very complex organizations undertaking vitally important work and bringing together both the expertise of HGSE and HBS is really important.

"This is a sacred space to talk and strategize about what matters most in schools, which is teaching and learning." – Jennifer Cheatham

It’s not hard to see the impact PELP has made on districts and the lives of the more than 5.5 million students district participants serve. In 2019, Mississippi ranked first in the nation for gains on the National Assessment of Educational Progress, and state superintendent and PELP participant Carey Wright attributes the improvements to strategies that were informed by the project. After a three-year partnership, Los Angeles Unified School District also credits methods devised at PELP in making gains in a number of areas, including chronic absenteeism, graduation rates, and reduced suspensions.

While the institute took a hiatus during the pandemic, it returned this past July, and Cheatham says it was amazing to be back together with school leaders in person. “Everyone was especially excited to talk about teaching and learning again in deep ways,” Cheatham says. “I was worried that people would walk in the door exhausted, dragging, feeling down, pessimistic. That is not what we experienced. These districts and school leaders were realistic about the challenges they were facing, but they brought with them an energy and optimism that was inspiring.”

Each district team is organized around a specific problem; at this year’s institute, teams examined everything from how to elevate student voice to how to forge stronger family partnerships. Some focused on enrollment practices while others homed in on school culture and improving professional learning systems.

During the week, teams spend time in the classroom using case studies to think about problem identification, theory of change, and strategy — guided by faculty who include, from HGSE, Senior Lecturer Karen Mapp and Professors Monica Higgins and Jal Mehta, and, from HBS, Professors Lynda Applegate and Kash Rangan.

While working within their own teams to define their problems and develop theories of change, every district is also assigned to a triad of teams who meet regularly and provide feedback. Integral to this work is PELP’s collaboration with HGSE’s Doctor of Education Leadership (Ed.L.D.) Program. Doctoral students facilitate team sessions, for example, working closely with districts. And for the first time, PELP brought back Ed.L.D. alums this summer, recruiting some of their best past facilitators.

Dia Bryant, Ed.L.D.’20, is the executive director of The Education Trust–New York, a statewide education policy and advocacy organization. This summer was her third as a PELP facilitator. While many districts arrived with problems she had seen before, what changed was the way leaders centered racial equity in their problem-solving approach.

“Every group was really pushing at equity issues and how to operationalize some of the ideals that have emerged as our country goes through a racial reckoning,” Bryant says. That focus was also reflected in the case studies districts used this summer, including a recent research note that Cheatham and Ed.L.D. students wrote on racial equity in school systems, along with a fresh set of multimedia case studies with a similar focus.

Although not without challenge, Bryant says it was powerful to see districts grapple with these issues, which required “quite a bit of courage and bravery on the part of leadership in some of the largest school districts in the country,” she says.

A focus on elevating achievement for students of color was one of the main reasons Jill Baker brought her team from Long Beach Unified School District to PELP this summer. As superintendent of California’s fourth largest school district, with about 69,000 students, Baker says the experience at PELP was transformative, allowing her team the time and space to strategize practice to specifically improve Black student achievement.

In addition to studying case studies and accessing the expertise of faculty, Baker says partnering with school leaders from Chicago and Atlanta was hugely beneficial in focusing and refining her district’s challenges. Despite facing different sets of problems, the experiences of her fellow superintendents “helped us get clear on what we’re working on,” Baker says. Already her team has put their strategies into practice back at Long Beach. “We were able to enact every one of our short-term actions, and they weren’t small. I thought how the heck are we going to do that, and we did it.”

"It’s not helpful to assume there are simple answers, because that doesn’t resonate with what leaders face. PELP digs into that in ways that provide new ways of thinking." – Zachary Herrmann, Ed.L.D.’17

Zachary Herrmann, Ed.L.D.’17, returned this summer after serving as a facilitator for the first time in 2016. He says seeing teams from different parts of the country come together to share advice and form relationships is one of the most powerful aspects of PELP.

“They’re coming to engage in a problem-solving process alongside other leaders who are equally committed to digging in and exploring these important critical issues. It’s not helpful to assume there are simple answers, because that doesn’t resonate with what leaders face. PELP digs into that in ways that provide new ways of thinking,” he says.

“Many of the participants are caught up in their own contexts and circumstances and often surprised to see how other districts are handling them,” Bryant says. “That’s the power, the crosspollination that happens.”

Cheatham knows that impact first-hand from her own experience as a district leader. “When your head is down doing the daily work of improving schools, you can get a little lost in your own world,” she says, but at PELP, senior leaders can gain new knowledge and participate in dialogue with other district leaders from around the country.

Since returning to Long Beach, Baker’s leadership team has been meeting regularly, and already they are looking forward to returning to PELP again next summer. This is a common sentiment, evident in the number of districts that have returned year after year, like Pedro Martinez, CEO of Chicago Public Schools, who brought a team this past summer and had attended previously under former CEO Arne Duncan; or Lisa Herring, who attended PELP with the Birmingham team and then returned this year in her new role as superintendent of the Atlanta Public Schools.

“It’s multi-generational for many of these school districts,” Cheatham says, adding that when superintendents move, “cross-district fertilization occurs that helps us develop common frameworks and ways to think about change within districts but also across them.”

PELP will celebrate its 20th anniversary next summer and shows no signs of slowing down. Demand for the project is so strong, the project is currently working on a strategy to expand its impact through a year-long program, opening access to more schools beyond just the participants of the summer institute.

“PELP is always evolving, which is what we love about it,” Cheatham says. Serving the Field of Education in a Time of Crisis

HGSE sent 26 recent graduates — as Dean’s Education Fellows — into districts across the country to meet the pressing challenges of COVID-19. The Public Education Leadership Project works with districts — such as the Los Angeles Unified School District — to spur innovation and improve outcomes.