Associate Professor Bianca Baldridge is shining a light on the vitalness of community-based education and youth workers
By Andrew Bauld
September 2, 2022 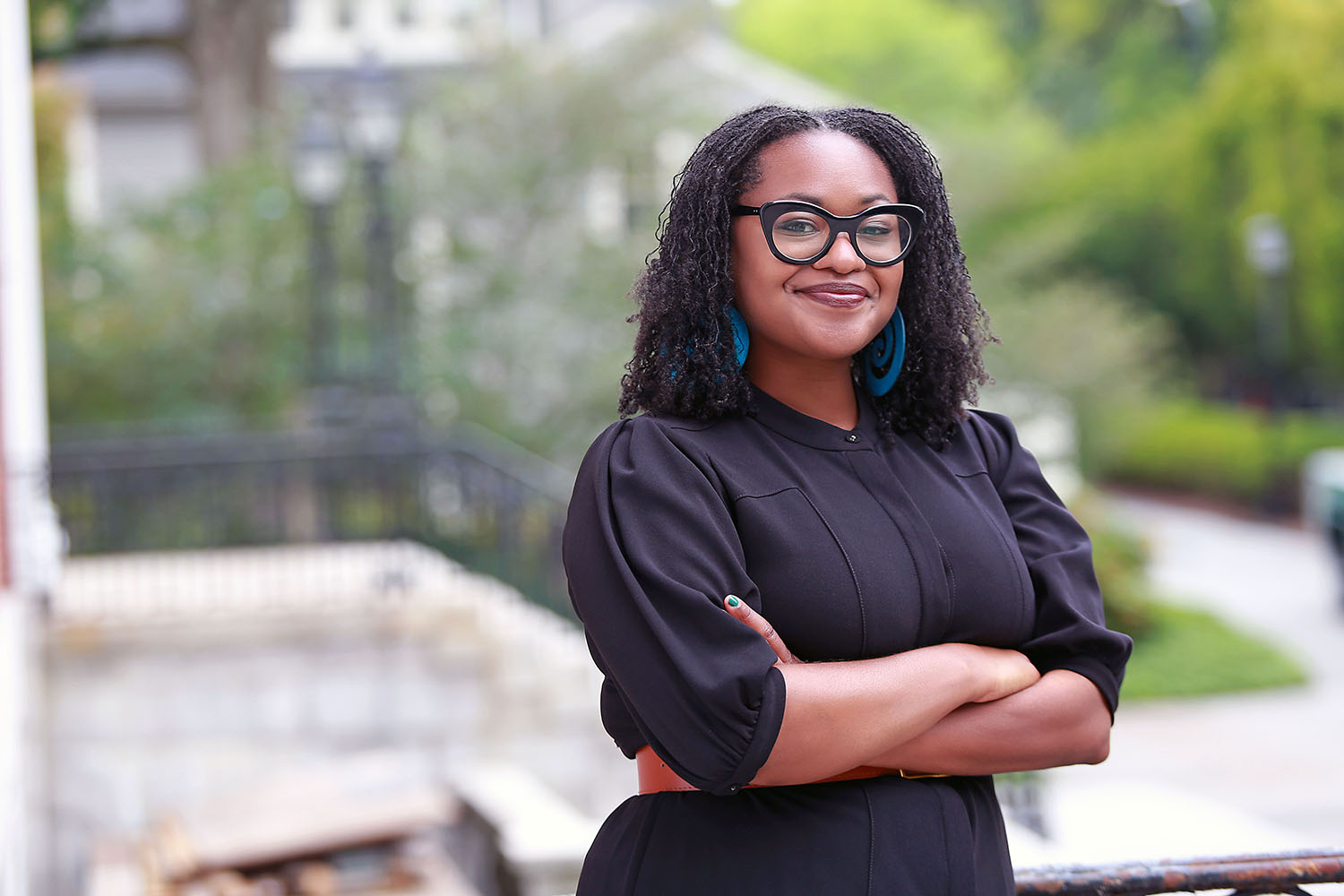 It’s such an obvious fact that it’s easily overlooked, but young people spend more time out of school than in school. Yet often left out of serious academic research are those institutions that support students outside the regular school day, from nonprofits and religious organizations to summer camps and city parks programs.

Associate Professor Bianca Baldridge has long made it her mission to advocate for these organizations. Now, through a new report published this past spring for the Wallace Foundation, she’s highlighting just how vital these programs are to the communities they serve.

“We talked to youth during the height of the pandemic and, as devastating as the pandemic has been and how many organizations might not reopen, youth workers found a way to do so much,” Baldridge says, citing how they continued to run programs and help students not only in their academic work, but also in processing the traumas of the past few years, including anti-Black violence. “Youth workers were some of the most important people to support young people while also helping them stay on track with school.”

In From Access to Equity: Making Out-of-School-Time Spaces Meaningful for Teens from Marginalized Communities, Baldridge and her team conducted extensive interviews with experts in out-of-school time research, as well as professionals in the field, to understand the challenges facing community-based programs and their workers.

One of the most important takeaways from the report was the struggles that youth workers, particularly Black, Latinx, and other marginalized peoples, face in their roles in these organizations. Through her interviews, Baldridge found a common narrative among workers, many of whom come from the same background as program participants, and the difficulties in their jobs, including low rages, tokenization, and not being able to move up to positions of leadership.

“They have always been so vital,” she says. “The people who run those spaces, I care a lot about them. They are often neglected and not valued as the educational professionals they are.”

Looking ahead, Baldridge and her colleagues lay out several steps that out-of-school time program leaders and funders can implement to support staff, from increased wages and clearer pathways into leadership positions to allocating funding to build partnerships between out-of-school programs and schools, research institutions, and civic institutions to systemically promote equitable youth development.

While the data is new, the story is an old one for Baldridge. She’s been writing about the plight of community-based programs for a decade, most recently in her 2019 book, Reclaiming Community: Race and the Uncertain Future of Youth Work. In that work, she followed one community-based program, which had successfully helped a few hundred kids a year get to college, but was losing its identity under pressure to grow bigger and serve more students.

“I realized some of the things happening to schools were also happening to community-based organizations, and there wasn’t much being written about it,” Baldridge says, citing the rise in market-based approaches to education, like teaching to the test, rigid accountability for teachers, and replacing principals or program leaders with people from the business sector unfamiliar with education.

The book, which received the 2019 American Educational Studies Association Critic’s Choice Book Award, helped to shed a light on the impact these organizations play in the lives of more than 2.4 million Black youth who participate in them, while at the same time exposing the challenges organizations face from external forces, including funders and boards, who are often disconnected from the communities their programs serve.

“These are spaces where young people are learning skills to organize, where they are learning history, creating art, canvassing. Defining it by time doesn’t capture that what we’re doing is youth development. It’s about creating well-rounded young people and meeting the needs of the whole child.”

Baldridge hopes that her new research will raise awareness of why it is important to make community-based organizations more equitable while also legitimizing scholarship to highlight these important environments, which often get minimized as simply “afterschool” programs. She also hopes this will inspire a more critical study of the pedagogical philosophies of educators working in a diverse space that offers everything from homework help and college prep to socio-political development.

“These are spaces where young people are learning skills to organize, where they are learning history, creating art, canvassing,” she says. “Defining it by time doesn’t capture that what we’re doing is youth development. It’s about creating well-rounded young people and meeting the needs of the whole child.”

Baldridge’s passion for out-of-school-programs and youth workers goes beyond just an academic interest, and her expertise in community-based education and critical youth work practice comes from not only a career dedicated to researching the field, but also as a former youth worker herself.

Growing up in South Central Los Angeles, Baldridge began working in youth-led programs and organizations when she was in high school. She always wanted a career in education, but the experience of working with young people outside of school convinced her she might be able to make an impact beyond the traditional classroom.

“I always wanted to be a teacher but teaching outside of school I thought was really great,” she says. “What really struck me was working with young people, particularly young people of color, and working on political development, unlearning some of the history they learned in school, and not teaching to tests.”

As an undergrad at the University of California, Berkeley, Baldridge focused on sociology, education, and African American studies. She continued her research at Columbia University’s Teachers College where she earned both her Ed.M. and Ph.D. in sociology and education. But she found that the academy was not as enamored with out-of-school learning as she was.

“They didn’t know what I meant by afterschool education. It didn’t seem like ‘real’ education, and that annoyed me. As a participant and an educator, I knew how transformative and powerful it was to support young people through their social, political, and emotional development outside of school.”

Today, through her research, as well as her work with community-based organizations, Baldridge has raised awareness of these critical spaces, and for her significant contribution to the understanding of issues that disproportionately affect minority populations, Baldridge won the American Educational Research Associations’ 2021 Scholars of Color Early Career Contribution Award.

As she enters her second year at HGSE, Baldridge is busy with a number of research projects. She’s working on a second book looking at the lineage of Black youth workers in the long struggle for Black freedom alongside organizers, activists, educators, and other Black freedom fighters, and how those youth workers are preparing young people to navigate an anti-Black world.

She’s also helping get another study off the ground that will investigate the effect of gentrification on community-based education and the impact of what happens to local organizations when the communities they serve get priced out of their neighborhoods. Baldridge plans on looking at several cities, including Oakland, New York City, and Providence.

“Community organizations are the lifeline of many neighborhoods. What happens when you don’t have them? I want to document what’s happening but also build strategies to fight against displacement.” The Effectiveness of Summer Math

As schools seek to recover from COVID's disruptions, a significant new study shows how summer learning experiences focused on mathematics can play a part. A Nigerian teacher helps out-of-school children in her hometown.