The Impact of Immigration on Families

In her research, doctoral marshal Sarah Rendón García, Ed.M.'12, Ph.D.'22, explores how the children of immigrants learn about their families' status in the U.S.
By Lory Hough
June 1, 2022 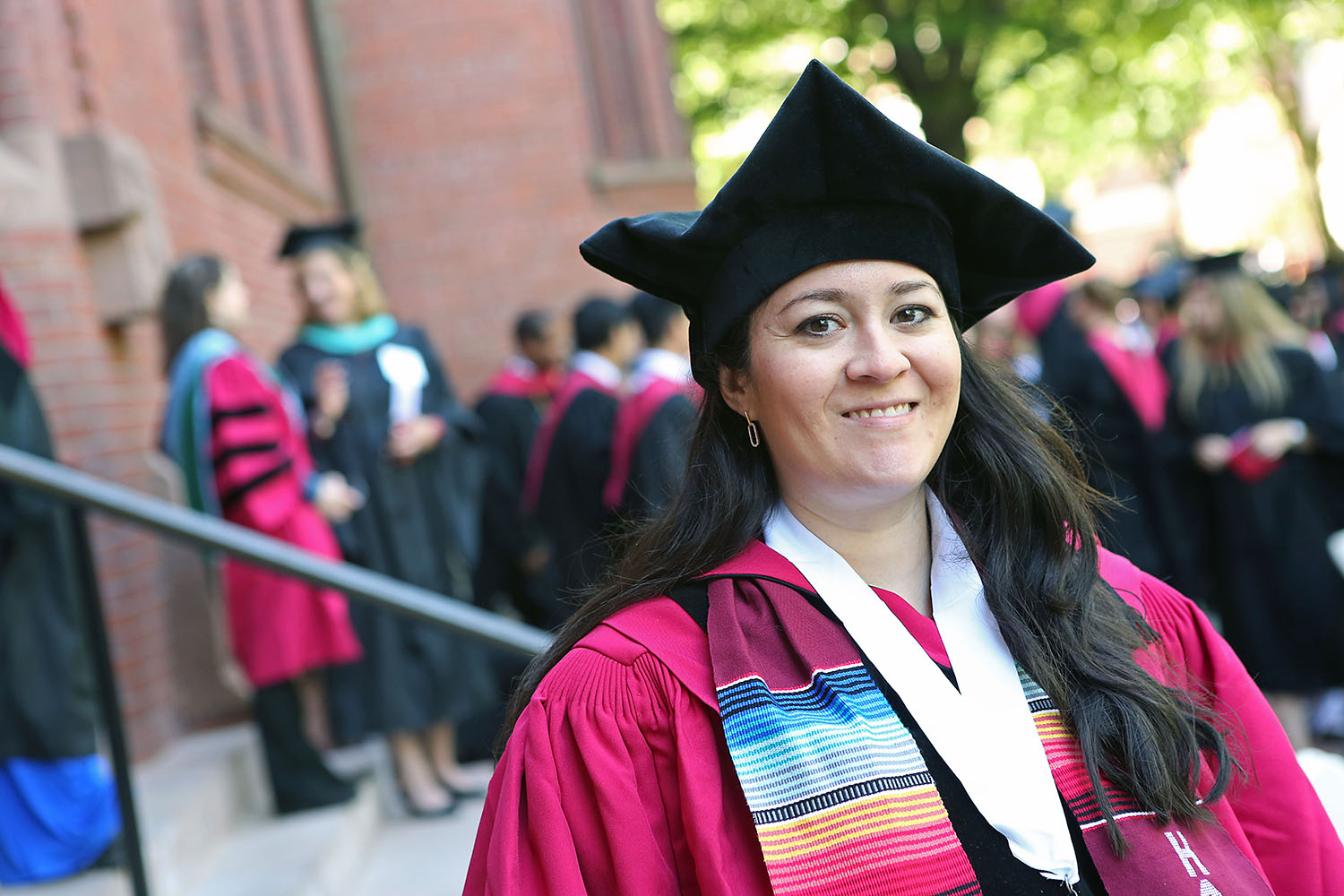 Research tells us that for young people growing up in immigrant families, their immigration status, and the status of their parents, has a big impact on their well-being. What research hasn’t really looked into, and what Ph.D. marshall Sarah Rendón García explored in her doctoral dissertation, is how young people actually learn about their (or their parents’) status.

As it turns out, there’s no one typical way.

“With the rise in the public’s engagement with immigration and anti-immigrant rhetoric, the messages children are receiving can come from home, school, or their neighborhood,” Rendón García says. “That's part of what my dissertation was trying to document, and my findings show there’s a spectrum of sources for children.”

Her own discovery happened when she was a teenager. Born in Venezuela to Colombian parents before moving to the United States, she was undocumented from the age of 9 to 21 but didn’t realize this until she tried to take part in a teenage rite-of-passage.

“I found out officially when it was time to get my driver’s license, and I wasn’t eligible because of my immigration status,” she says. “It was the first time I was told explicitly by my parents about our situation, but it wasn’t shocking because I had picked up on indicators of difference along the way as a child and adolescent. In other words, I had noticed things that made me and my family different from others based on our immigration status, like our inability to travel freely.”

Having a sense but not quite knowing the full story was a common theme Rendón García found while doing her research, which focused on interviews with children from ages 7 to 15 who live in mixed-status families — meaning at least one parent or caregiver is undocumented.

“The majority of the children I talked to showed evidence of being, at the very least, familiar with the topic of immigration status,” she says. It was their parents and caretakers who weren’t always ready to talk.

“Most parents with whom I spoke wouldn’t have chosen to have conversations with their children about immigration status just yet,” she says. “A big challenge for parents was being forced into these conversations because of the questions their children were asking or the things their children were noticing. It’s hard for adults to be thrown into such a delicate conversation with children who have varying cognitive capacities to employ in order to understand what is being explained. Immigration policy is complicated to the point that it’s already challenging for adults to grapple with their understanding, let alone how to explain it to a child.”

Rendón García knows first-hand about that anxiety and stress.

“I was undocumented during a time where public awareness was not yet where it is now. That meant the biggest impact of my immigration status on my experience was psychological," she says. “I didn’t always feel understood by my educators, even when they had the best intentions, and I didn't feel safe to share my experience with them. This is why I gravitated to the social-emotional development and psychological well-being of mixed-status immigrant families in my professional and academic work. My goal is to contribute knowledge that helps practitioners, policymakers, and researchers move toward creating safer spaces for this population.”

She first started down this path as a master’s student but always with an eye toward joining the Ph.D. Program.

“I saw there was not a lot of research out there about people like me,” she says. The Ed School also helped her approach her work from an interdisciplinary lens.

“This allowed me to think creatively about the questions I was asking and the methods I was using to answer those questions," she says. “I've been able to bring together psychology, sociology, education, and immigration studies to better understand the experiences of mixed-status families. Most importantly, I think HGSE has instilled certain priorities in me regarding the impact I want my work to have.”

After graduation, Rendón García will continue at the Ed School as a Dean’s Postdoctoral Fellow, working with professor-in-residence Carola Suarez-Orozco on the Immigration Initiative at Harvard, teaching for the How People Learn course, and conducting a National Science Foundation-funded intervention research project for parents in mixed-status families as they prepare to engage in immigration socialization.

Asked if anything surprised her along the way while doing her research, she says it’s a tough question to answer, in part because of the families she came to know.

“It was really difficult to see children grappling with the threat of family separation and adults grappling with the impossible decision of protecting their children in the short-term vs. the long-term,” she says. “That wasn’t necessarily surprising because I had anecdotal stories of it happening, but it was still upsetting to see the evidence across and within families.” The Challenges of Curriculum Design

Through her work with the New York City Department of Education, Simone Wright, Ed.L.D.'22, has realized the value of a more user-centered approach to curriculum design.