Assistant Professor Jarvis Givens' "Fugitive Pedagogy" has been honored by the American Educational Research Association as the year's best.
By News editor
April 8, 2022 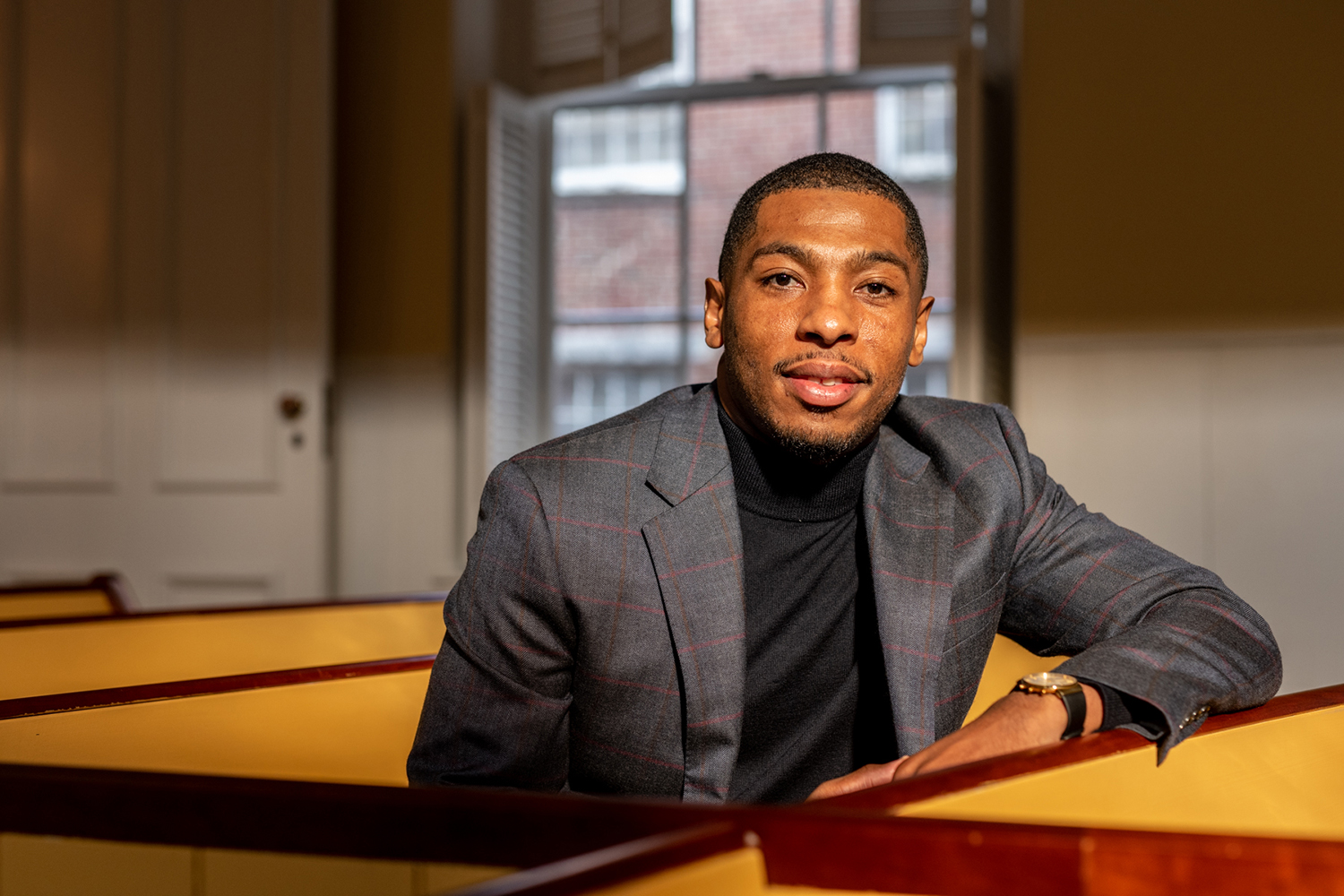 The American Educational Research Association (AERA) has announced that Jarvis Givens has won the 2022 Outstanding Book Award for his 2021 Harvard University Press title, Fugitive Pedagogy: Carter G. Woodson and the Art of Black Teaching. The honor was announced on April 8, as part of AERA's slate of 2022 awards for excellence in education research.

Fugitive Pedagogy, which traces the history and uniques challenges and conditions of Black teaching and learning in America, was also honored with the 2022 ASALH Book Prize for the best new book in African American history and culture. Articles on the book, as well as Givens' Black Teacher Archives Project at Harvard, have been published in Harvard Magazine and Ed. Magazine, and Givens has been featured at conferences and webinars across the country, speaking on the history of African American education and the practice of "fugitive pedagogy."

"The origin story of black education is a story of subversion," Givens told the Harvard EdCast. "When we think about the fact that during the period of enslavement, the overwhelming majority of black people were living in a context where anti-literacy laws and anti-literacy ideology really created barriers for African-Americans to have access to basic literacy. A lot of this kind of early traditions around the politics of black education are developed in that context where black education and criminality are essentially equal transgressions. The very act of learning was deemed criminal activity."

Givens and other award winners will be honored as part of the AERA Annual Meeting in San Diego on April 24. She is among the 261 new members elected to the prestigious organization in 2022.