A tireless advocate for public education and its leaders, and founding co-director of HGSE's Ed.L.D. Program, Spence passed away on August 15.
By Emily Boudreau
August 20, 2021 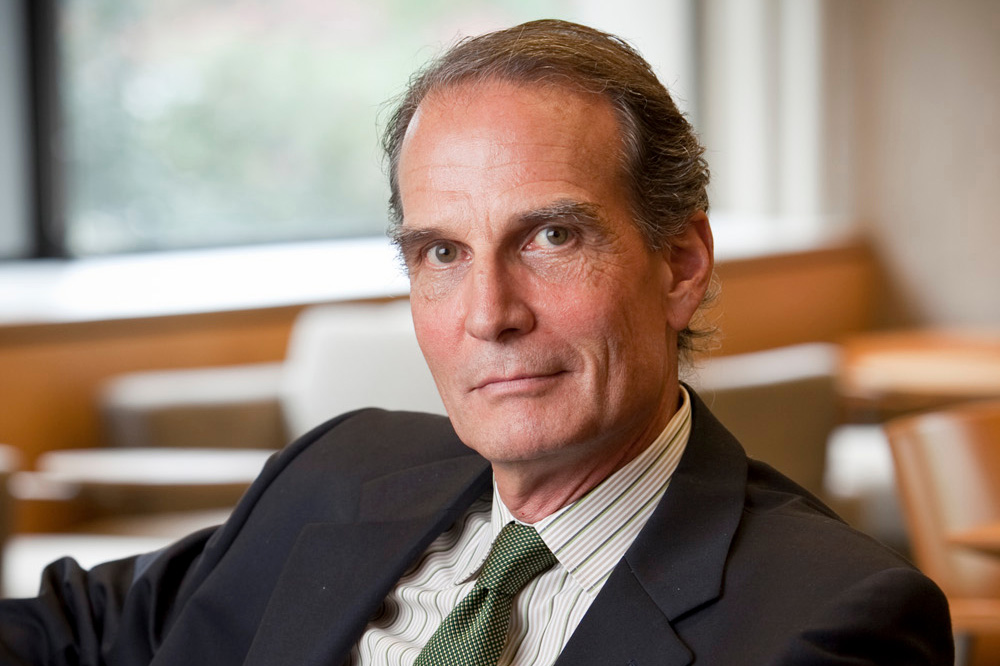 The Harvard Graduate School of Education is mourning the loss of Professor Harry Spence, a tireless public servant, leader, and an original faculty director of HGSE’s Ed.L.D. Program. In those roles and others, including commissioner of the Massachusetts Department of Social Services and deputy chancellor of operations for the New York City Public Schools, Spence worked to uproot systemic inequities and improve public agencies. Spence passed away on August 15 at the age of 74.

“The news of Harry’s passing has spurred numerous exchanges on what an extraordinary person he was and the mark he has left on HGSE,” wrote Dean Bridget Long in an email to faculty. “Harry made tremendous contributions to HGSE as one of the original faculty directors of the Ed.L.D. Program, working with co-director Richard Elmore and executive director Liz City. Harry was a remarkable champion for the new degree program and its students.”

A graduate of Harvard College and Harvard Law School, he began his career in Somerville’s and Boston’s public housing sectors, where, according to The Boston Globe, he was known for his hands-on, problem-solving approach, regularly visiting and assisting residents in public housing projects and improving the livability of tens of thousands of apartments. He would go on to straighten out finances in the then-bankrupt city of Chelsea, Massachusetts, and serve as the first administrator of the Massachusetts Trial Court. The New York Times noted in a 1997 article that, as deputy chancellor of operations for New York City Public Schools, Spence helped devise solutions to overcrowded classrooms, promoted women and people of color to leadership positions, and straightened out the budget.

“Harry was himself a living model of what it could mean to be a master of both the ‘hard’ and ‘soft’ sides of leadership,” says Professor Robert Kegan of Spence’s ability to reform systems. “He could at once stay connected to the outward-facing management of a complex system while, at the same time, continually advancing the inner work of self-management. Bringing the inner and outer work together with curiosity and compassion remains the living signature of the Ed.L.D. Program he helped to create.”

Spence believed strongly in the power of public education to transform society and joined the Harvard Graduate School of Education faculty in 2008 as a lecturer and served as a professor of practice until he retired in 2011. While at HGSE, he helped develop the Ed.L.D. — a program he believed was a “groundbreaking” response to the needs of the K–12 education space — and served as one of its original faculty directors.

“Harry taught Ed.L.D. students to be brave on behalf of those we serve, to tend to the complex dynamics of groups and organizations, and to lead from a place of deep respect for the dignity of all people,” says Senior Lecturer Liz City.

In playing a pivotal role in the launch of the Ed.L.D. Program, Spence also played a pivotal role in HGSE's history, says former HGSE dean Kathleen McCartney, president of Smith College. "He was the perfect person for this role [of Ed.L.D. faculty co-director] because he liked tackling hard problems, and he liked building innovative programs," McCartney says. "Whenever I was in a meeting with Harry, I was struck by his ability to bring people together to work towards a common goal. He modeled how to be a member of a team — he listened to others, held himself accountable, was committed to the work, and acted with grace towards all. I will forever remain grateful for our partnership and friendship."

In addition to serving as a faculty member at HGSE, Spence also taught at the Harvard Kennedy School. He is survived by his wife, Robin J. Ely, the Diane Doerge Wilson professor of business administration at Harvard Business School, his daughters, Francesca and Rebecca, his son, Adam, and grandchildren. A small service was held at the oldest cemetery in Athens, Greece and a memorial service in Boston will follow. An influential proponent of life-long learning for school leaders and the founder of The Principals' Center at HGSE, Barth passed away on September 12.