At AERA, Howard Gardner provides insider tips for the next generation of education researchers.
By Andrew Bauld
April 13, 2021 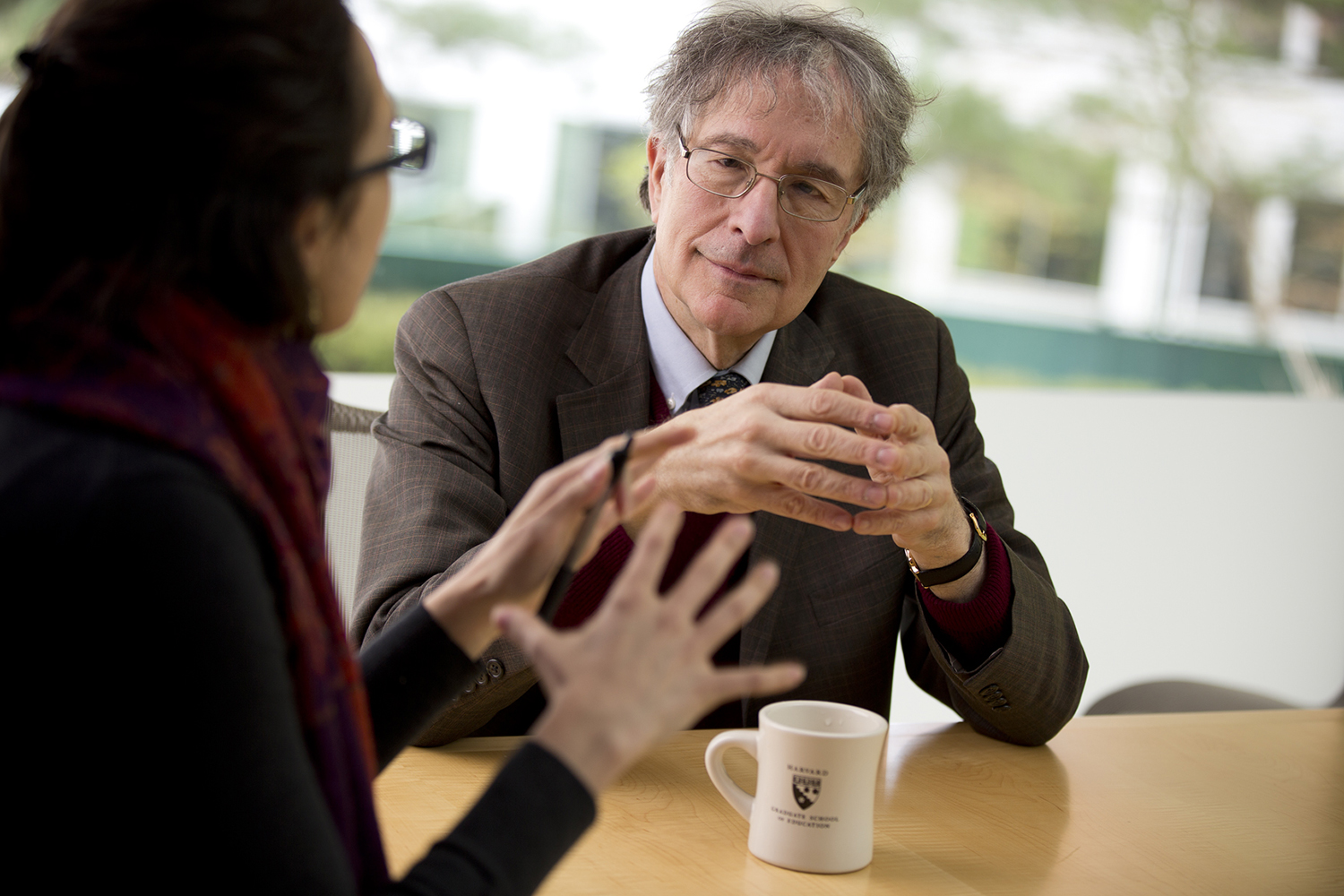 Professor Howard Gardner’s research has transformed the way people around the world think about thinking. For his outstanding achievements and success, Gardner received the American Educational Research Association’s (AERA) premier honor, the 2020 Distinguished Contributions to Research in Education Award.

Internationally known for his theory of multiple intelligences as well his interdisciplinary research programs including Project Zero and the Good Project, Gardner reflected on his long history of educational research to offer insights for the next generation of scholars at this year’s AERA annual meeting in a lecture titled, “To an Aspiring Researcher: Twelve Pieces of Advice.”

During the lecture, Gardner shared lessons learned from half a century of research and offered answers to a dozen questions, from the theoretical of why one should become a researcher to the pragmatical of obtaining research funding. In particular, Gardner stressed the importance of remaining curious and forging strong relationships as keys to a successful career.

“Talk to others. Don't mistrust your own intuitions — but don't assume that they're always right — and you will learn from others and they will learn from you,” Gardner told the audience.

Here are a few key takeaways for burgeoning researchers:

Start with curiosity and a drive to satisfy it.

Citing the many examples of research that began with no practical purposes only to have groundbreaking results, Gardner said that researchers rarely know what they will find or what the implications of their work will be when starting out. While the desire to save lives or change the world are noble aspirations, Gardner said that these lofty goals aren’t necessarily where a young researcher has to begin. “I don’t feel it’s necessary to carry out research to solve some kind of a real-life problem. Having something that you are curious about, indeed obsessed about — and having a method for possibly sating that curiosity — is sufficient motivation,” he said.

Maintain relationships — even in the face of rejection.

From federal grants to private philanthropy, Gardner described the many paths to finding resources and financial support for research projects. But the biggest piece of advice he offered was to establish and maintain relationships with donors whether they say yes, no, or maybe, because even the rejections might turn into something valuable. “By my calculation, I’ve sent out over 300 letters of solicitation in 50 years. In addition to welcome acceptances and frank rejections, we … have a separate file or folder dubbed ‘rays of hope’ (a rejection that nonetheless leaves the door slightly ajar). It’s the latter file that can make the difference in the long run.”

Build a team that will continue to seek answers.

Discovering the pleasure of research changed Gardner’s life forever, yet after all this time he still remains curious. While he doesn’t know how much longer he will carry out his own projects, he recognized how fortunate he is to have members of his research team as well as new generations of scholars that will continue to explore the questions he’s most interested in. “I have students, and they have students (I call them ‘grand-students’), and some of those much younger persons will raise new questions and find answers that I could not even have dreamt up. That’s the greatest reward of all,” he said.