The longtime faculty member and prominent figure in educational practice and transformative leadership passed away this week.
By Jill Anderson
February 11, 2021 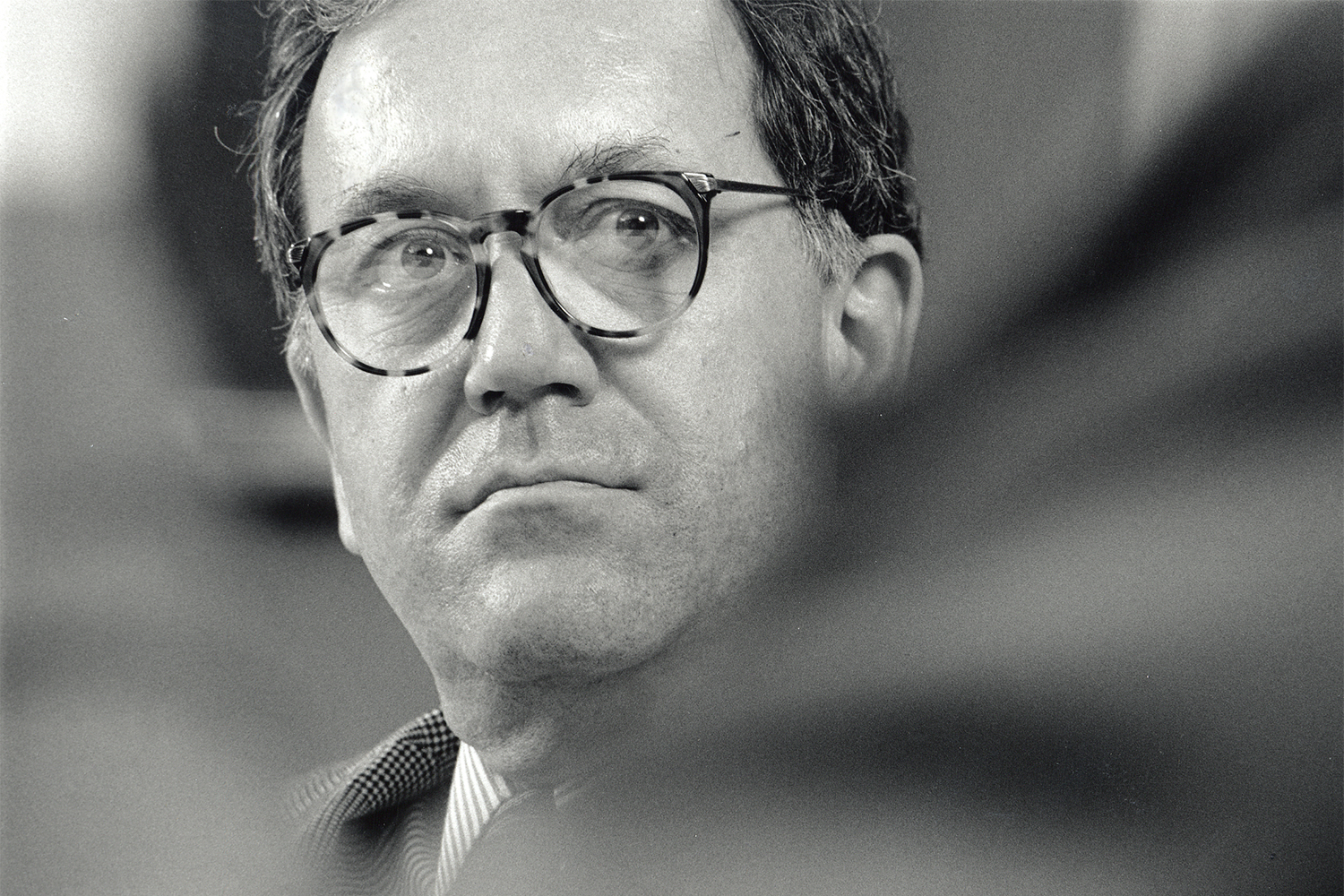 The Harvard Graduate School of Education is mourning the loss of Professor Richard Elmore, an instrumental figure in improving educational practice and transformative leadership in the field. Elmore is known for developing the Modes of Learning Framework, as the “father” of instructional rounds, as a founding director of HGSE’s Doctor of Education Leadership (Ed.L.D.) Program, and for transforming the lives of the many students and educators he taught during his 24 years at HGSE.

“For many years, Richard was a strong presence at HGSE. His deep, probing questions, rigorous approach to inquiry, and keen insight into schools made him an outstanding scholar, teacher, and colleague,” says Dean Bridget Long. “Richard leaves a tremendous legacy as an influential thought leader. I am so grateful to have called him one of our own.”

Elmore joined the HGSE faculty in 1990 after having previously taught at Michigan State University College of Education and what is now the Evans School of Public Policy & Governance at the University of Washington. 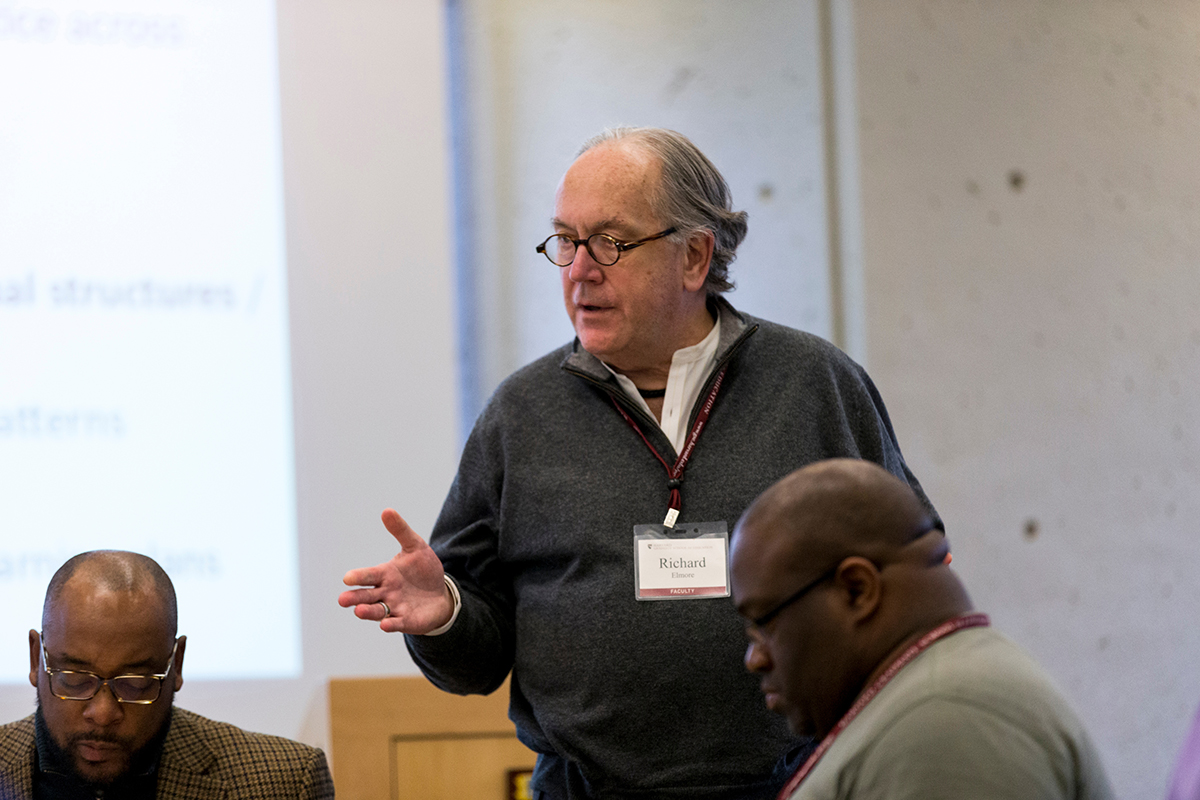 His reach was far and broad — from tapping into the everyday practice of educators in schools to transforming leadership in sectors to his impact in the federal government, where he acted as a legislative liaison with the U.S. Congress on education policy issues. He was a member of the National Academy of Education, and a past president of the Association for Public Policy and Management, the national organization representing graduate programs in public policy and management. But at the heart of Elmore's work was a passion for deep understanding and probing of how to strategically link educational policy and instructional change, and improving instruction for student learning.

Among his well-known contributions to education is the development of the concept of instructional rounds and instructional core — the essential interaction between teacher, student, and content that creates the basis of learning. He also established the Modes of Learning Framework — a concept that outlines four quadrants of learning aimed at helping students identify personal learning theory.

As a cherished educator, Elmore is perhaps best known by the many students and practitioners he taught and mentored. Former students called Elmore a “visionary,” “influential,” and someone who changed how they saw and did their work as educators.

Senior Lecturer Elizabeth City noted that she came to HGSE to specifically learn with Elmore after reading his work. “Now it is 20 years later and I am still here and he is not, and I am sad and grateful and sad some more,” she wrote on a memorial page in his honor. “Richard was a man of big ideas, strong opinions, and a way of refusing to answer the most important questions. These questions he left to the learner. He had deep reverence for learners, irreverence for the systems that constrained them, and a respect for the complexity, wonder, and beauty of learning.” 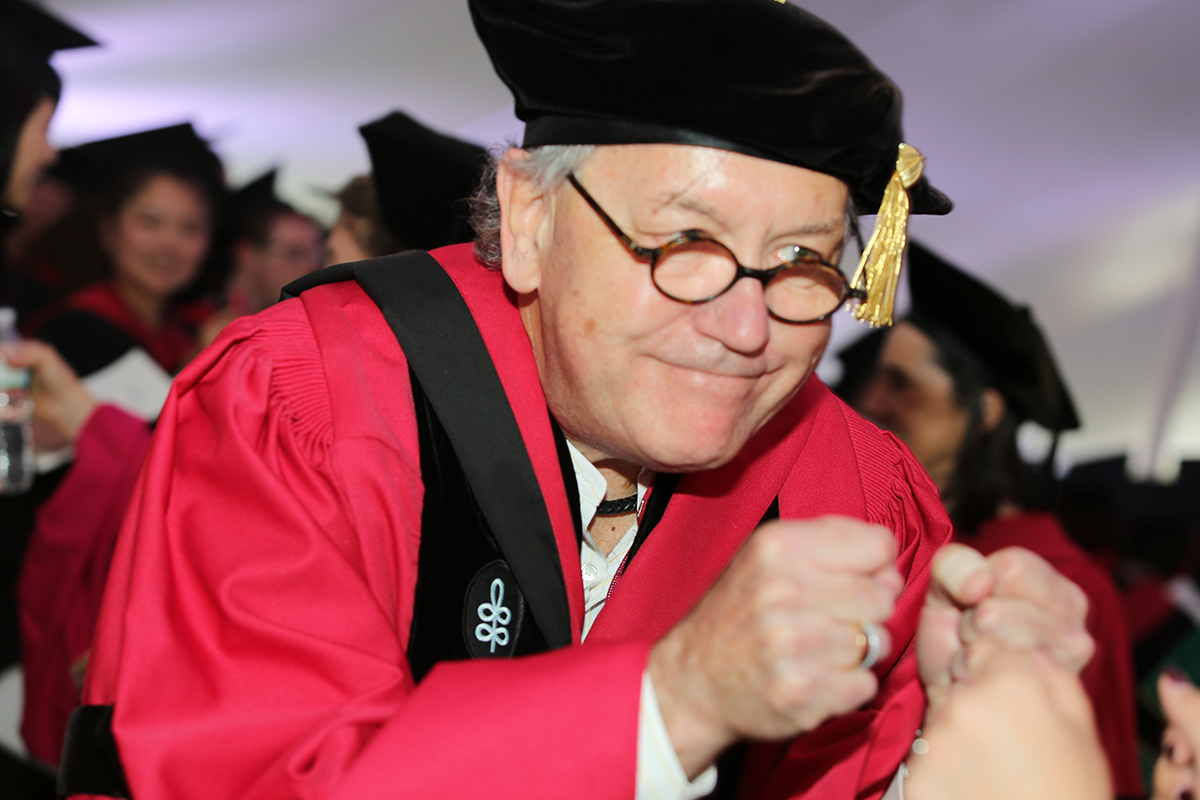 City would go on to work alongside Elmore on many projects, including the launch of the Ed.L.D. Program, a three-year, multidisciplinary program taught by faculty from the Harvard Graduate School of Education, the Harvard Business School, and the Harvard Kennedy School that prepares system-level leadership positions in education.

Among Elmore’s many contributions to the field, he was known to encourage reflection among educators through the professional development exercise “I Used to Think…and Now I Think,” where he asked educators to reflect on what they learned and how it changed their thinking and practice. In 2011, he compiled a collection of essays from different contributors on the topic in an effort to “make learning visible” and provide testimonial to the broader value and power of reflection. As he told Harvard Ed. magazine, "My fellow contributors and I hope to model, in a small way, what professional discourse might look like if professionals were expected to learn over the course of a career. It strikes me as ironic that in a field nominally devoted to the development of capacities to learn, there is so little visible evidence of what those who do the work have actually learned in their careers."

Most recently, Elmore was a leader on the ecosiSTEAM project — an initiative developed by the David Rockefeller Center for Latin American Students at Harvard University with the support of the United States Embassy in Chile — aimed at adapting effective STEAM frameworks, maker-centered learning, creativity, and innovation developed by Harvard for Chilean contexts.

In a message to the Ed.L.D. community, City and Ed.L.D. faculty director Drew Echelson encouraged students and alumni to continue their work in honor of Elmore and “do what he did best — speak truth, name problems and dysfunctions, push for radical possibility, be a learner yourself always, make space for others to learn and lead by stepping back and waiting expectantly for them to do something brilliant that you know they can do even if they don’t yet, and for goodness sakes, do something with the opportunity this awful pandemic opens up to remake education in a powerful way.”