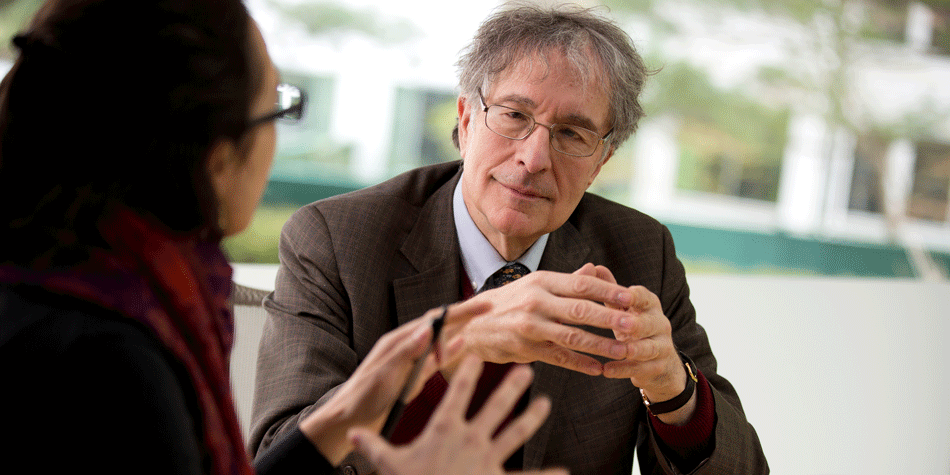 “This year’s award winners exemplify commitment to the study and practice of education,” said AERA Executive Director Felice J. Levine about 2020's award recipients, including Gardner. “We are proud to honor their outstanding scholarship and service to the education research field.”

Gardner is best known for his theory of multiple intelligences, which suggests that human intelligence should be differentiated into modalities, rather than be accepted as a general ability. Part of the original team of researchers at Project Zero when it was established by Nelson Goodman in 1967, Gardner went on to become co-director, then senior director. His research with Project Zero includes The Good Project, which promotes "excellence, engagement, and ethics in education, preparing students to become good workers and good citizens who contribute to the overall well-being of society," and Higher Education in the 20th Century, a large-scale national study of college today.

"I am very honored — and also humbled — to receive this recognition from my colleagues in education. In turn, I want to thank my colleagues in research over the decades — and especially the dozens of individuals at Harvard Project Zero with whom I have collaborated and learned from since I began there as a researcher 53 years ago," said Gardner.

"While I am best known for developing the theory of multiple intelligences, that was basically a work of intellectual synthesis. It's our teams' empirical work — experimental and qualitative — over many years on the development and expression of artistic cognition, the creation of innovative forms of assessment (including the assessment of intelligences in young children), the nature of understanding and creation in and across the disciplines, the experiences and understandings of contemporary secondary school and colleage students, and, especially, the understanding and the pursuit of "good work" that is being recognized by this award. My fondest hope is that, going forward, individuals the world over will draw on their profile of intelligences to carry out work that is excellent, engaging, and ethical — the intertwined virtues of good work."

AERA will honor the recipients for their outstanding scholarship and service at a Virtual Awards Celebration, October 3 at 3 p.m. EDT.

Learn more about the impact of Professor Howard Gardner.