The Meaning of Juneteenth

Variation of the Juneteenth flag 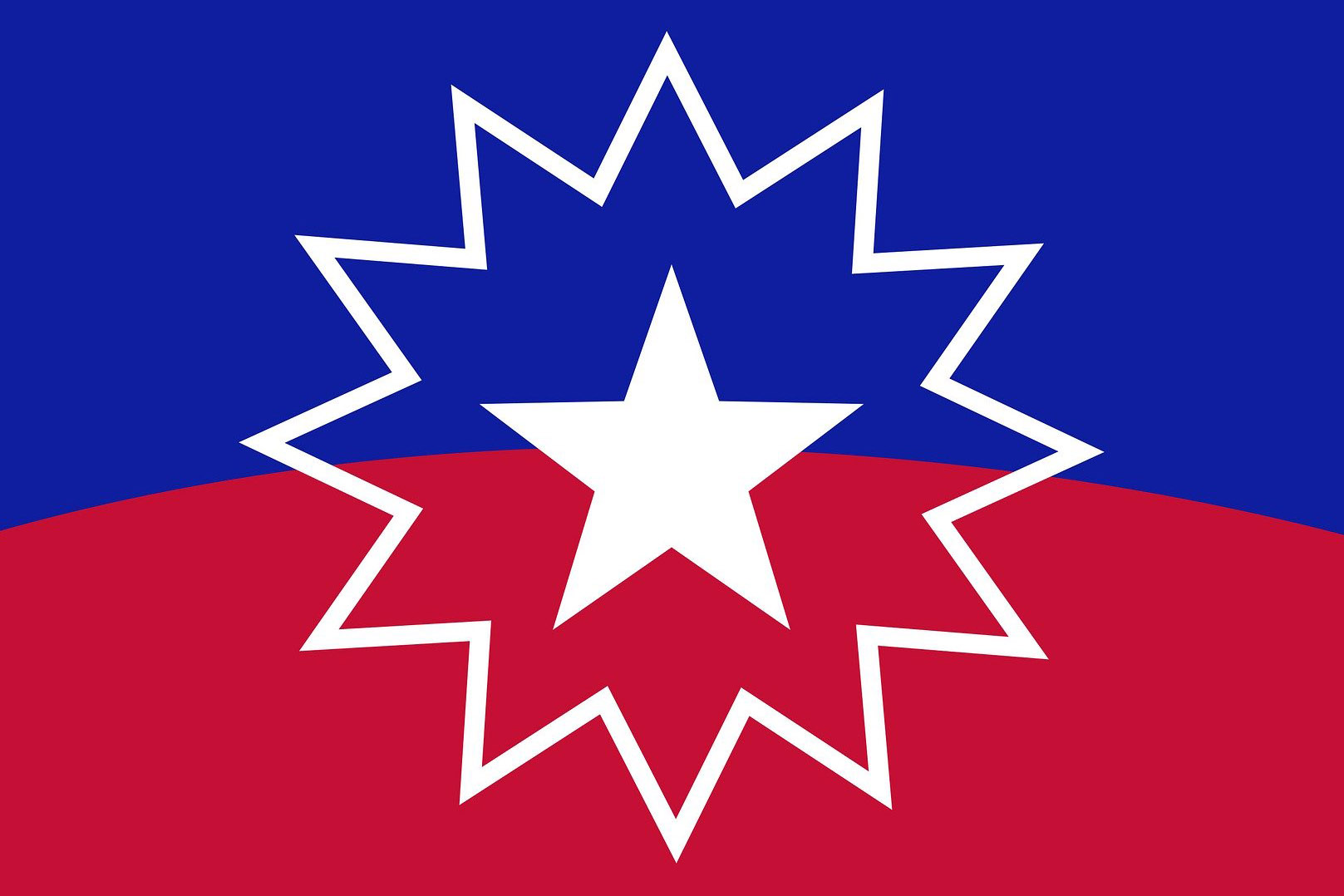 Variation of the Juneteenth flag

A confluence of national politics and grief and outrage following the murders of Black Americans by police has brought the holiday of Juneteenth — celebrated annually on June 19 — to new prominence across the country. We asked Jarvis Givens, a historian and assistant professor at the Harvard Graduate School of Education, to describe the history and significance of the day — and to speculate on whether its celebratory promise can be fulfilled. 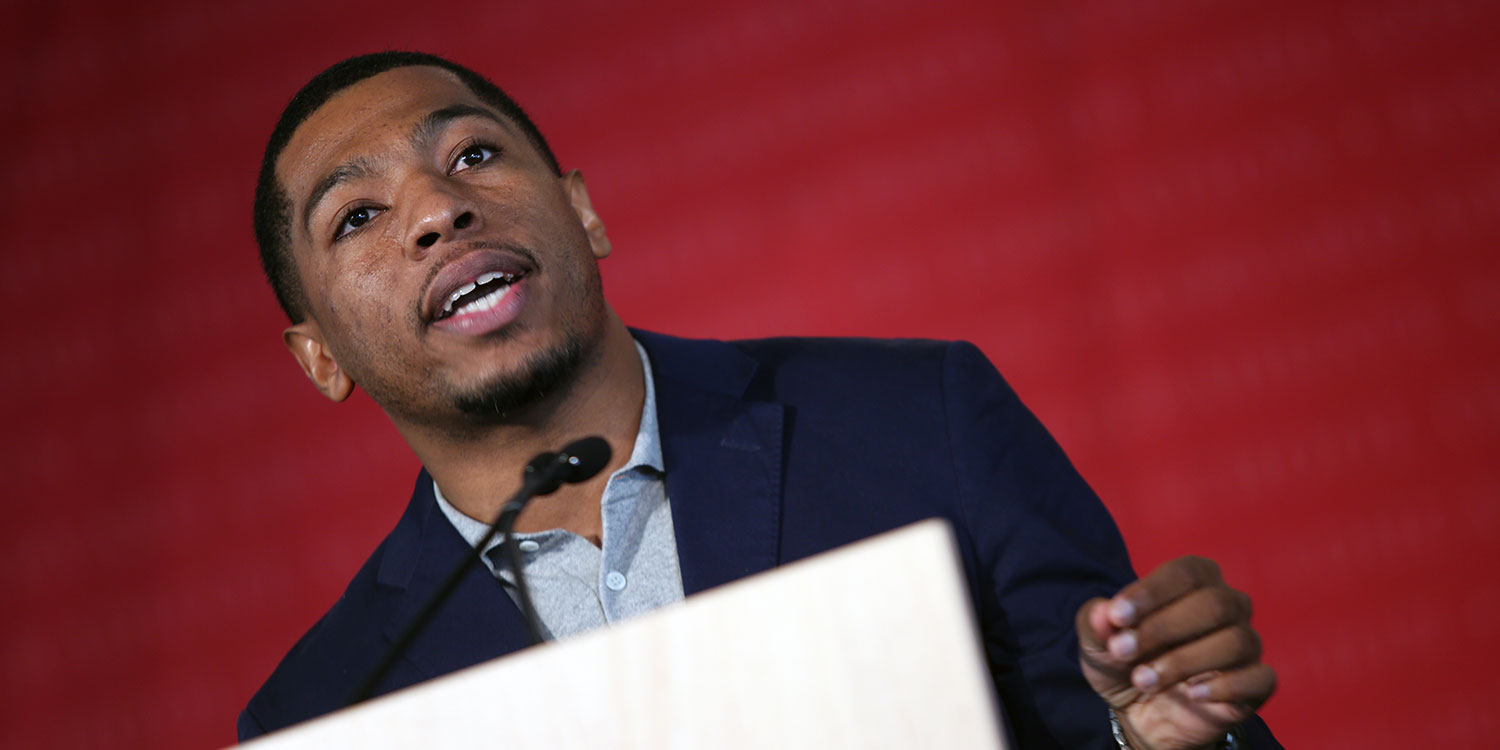 Tell us about the history and meaning of Juneteenth.
Juneteenth is tied to the story of enslaved Black people in Galveston, Texas, learning that they had been emancipated, close to two and a half years after the Emancipation Proclamation had formally been put into place. So, it commemorates the end of racial chattel slavery across the United States — but it's also tied to that particular event, where you have people who were still living in bondage, even as the Emancipation Proclamation had technically emancipated them some two and a half years prior. I think the symbolism of the delay continues to do important work. In fact, there were some enslaved black people who continued to be forced to work for their masters — illegally — in some cases, even six years later.

That time lapse is very striking, and it adds a poignant layer to this idea of celebration.
One of the things it’s important to realize is that Juneteenth is not the first commemorative event of its kind for Black American people. It is actually preceded by a number of different “Freedom Day” celebrations that Black people observed, in their own political and cultural life.

"These Freedom Day celebrations are always commemorative of the suffering Black people experienced as it pertains to slavery.... But they're always aspirational, right? Because while they're celebrating "freedom," there is a deep awareness that freedom for Black people continues to be incomplete."

One of the first was the celebration of Haiti becoming the first Black republic in the Americas on January 1, 1804, after the Haitian Revolution. But one of the earliest freedom celebrations connected to slavery in United States began after the ending of the transatlantic slave trade on January 1, 1808. This was a turning point in Black American history for a number of reasons. It didn't mean the end of slavery in America, and some Americans continued to participate in illegal international trading of enslaved Black people after 1808. But this is to say — the first Freedom celebrations did a very similar kind of work that Juneteenth would do after the Civil War: They commemorated the suffering and deliverance of Black people. It wasn’t only about them being enslaved, but also a protracted struggle to make freedom a real thing.

There were other celebrations. The abolition of slavery in New York on July 4, 1827, became a formal Freedom Day celebration that Black people engaged in, though they celebrated it on the 5th, that it might have its own day, and also serve as a critique of July 4th. The end of slavery in the British West Indies in 1834 became one of the most widely celebrated Freedom celebrations in the 19th century; again, preceding Juneteenth.

What you start to see is a Black political culture and a national identity among Black people forming in a nation where they are an estranged people. Because even as some of them are free, living in the North, the realities of slavery tormented free Black people as well, even if they weren't physically in bondage. These Freedom Day celebrations are always commemorative of the suffering Black people experienced as it pertains to slavery. They mark important milestones in a much broader vision and aim of abolition. But they're always aspirational, right? Because while they're celebrating "freedom," there is a deep awareness that freedom for Black people continues to be incomplete. They’re commemorating the end of slavery, even as slavery is alive and well in the world in which they're living.

"Black people's ongoing pursuit of equality and justice has to do with challenging the idea that full citizenship in the American context can only be understood as another name for whiteness."

I would say the celebrations continue to be important because of this aspirational quality — even to this day. Juneteenth continues to be important, not just because it marks the end of slavery, but because it becomes a ritualized, political holiday that tells and retells the story of Black people's ongoing struggle in a nation that's so invested in forgetting. And it frames black peoples ongoing struggles in relation to slavery — we come to see the generational deprivation that black people have experienced as part and parcel of what one scholar, Saidiya Hartman, has called “the afterlife of slavery.”

How is this particular Juneteenth — amid this particular moment in history — significant?
While this holiday is about commemorating the end of slavery and about past suffering, it has also shaped Black life in the contemporary moment — whether that be Jim Crow, aggressive neglect of Black segregated schools, the rise of mass incarceration, or the ongoing traumatic experiences that Black people have with violent policing. Black people's ongoing pursuit of equality and justice has to do with challenging the idea that full citizenship in the American context can only be understood as another name for whiteness. The holiday of Juneteenth, like all black civic practices, has been a critique of the fact that whiteness continued to be a metonym for citizenship.

And yet, you continue to have violent backlash to black progress after slavery, efforts to undermine the progress that Black people were trying to make — and, in some cases, that they did make. We can think of the gains made during Reconstruction here. We get public education in the South because black people created it when they were able to hold elected office. The Klan emerges and rises to prominence during Reconstruction for a reason. And the United States turned its back on the former slaves — removing federal troops from the South with the Compromise of 1877 — effectively ending Reconstruction, and allowing Jim Crow to ride in.

The narrative of Tulsa, Oklahoma, which is a narrative that has been placed at the center of the national conversation right now, is another example of the kind of backlash that Black people experience when they try to exert themselves as equal citizens — when they try to do the things that they are supposed to be able to do as free, full-fledged American citizens — watch birds, have a barbecue, vote, go for a run, have access to quality education, apply for a loan to purchase a home, have a doctor believe you when you tell them you’re in pain.

"Juneteenth continues to be important, not just because it marks the end of slavery, but because it becomes a ritualized, political holiday that tells and retells the story of Black people's ongoing struggle in a nation that's so invested in forgetting."

As a historian who has a broad view of these things, do you think this greater centrality of the Juneteenth narrative this year will be a turning point — a real milestone on that journey to equity?
I don't necessarily know that it becomes a turning point. This kind of national engagement with Juneteenth would have to be a part of a much broader set of policy conversations and intentional efforts to address the generational deprivation Black people have experienced as a result of slavery and generations of exclusion from equal opportunities for social mobility.

So I think that people at a national level looking to Juneteenth and celebrating and commemorating it is a good thing, because it can open up conversation and create platforms and opportunities for people to have more pointed discussions around these histories. But absent any real structural changes that have to do with trying to change the political and economic conditions of Black people in the world, in the United States, it only means so much. right? It's merely another symbolic victory, which is important, but doesn't do much to address the accumulated suffering and debts owed to black people as a result of slavery and generations of racial violence in this country. I’d like for it to be a turning point. But I’m black — and I have the kind of hope that W.E.B. Du Bois spoke of: “a hope not hopeless but unhopeful.” How educators can help newcomers in the classroom