Strengthening school leaders while building toward system-level change.
By Jill Anderson
May 29, 2020 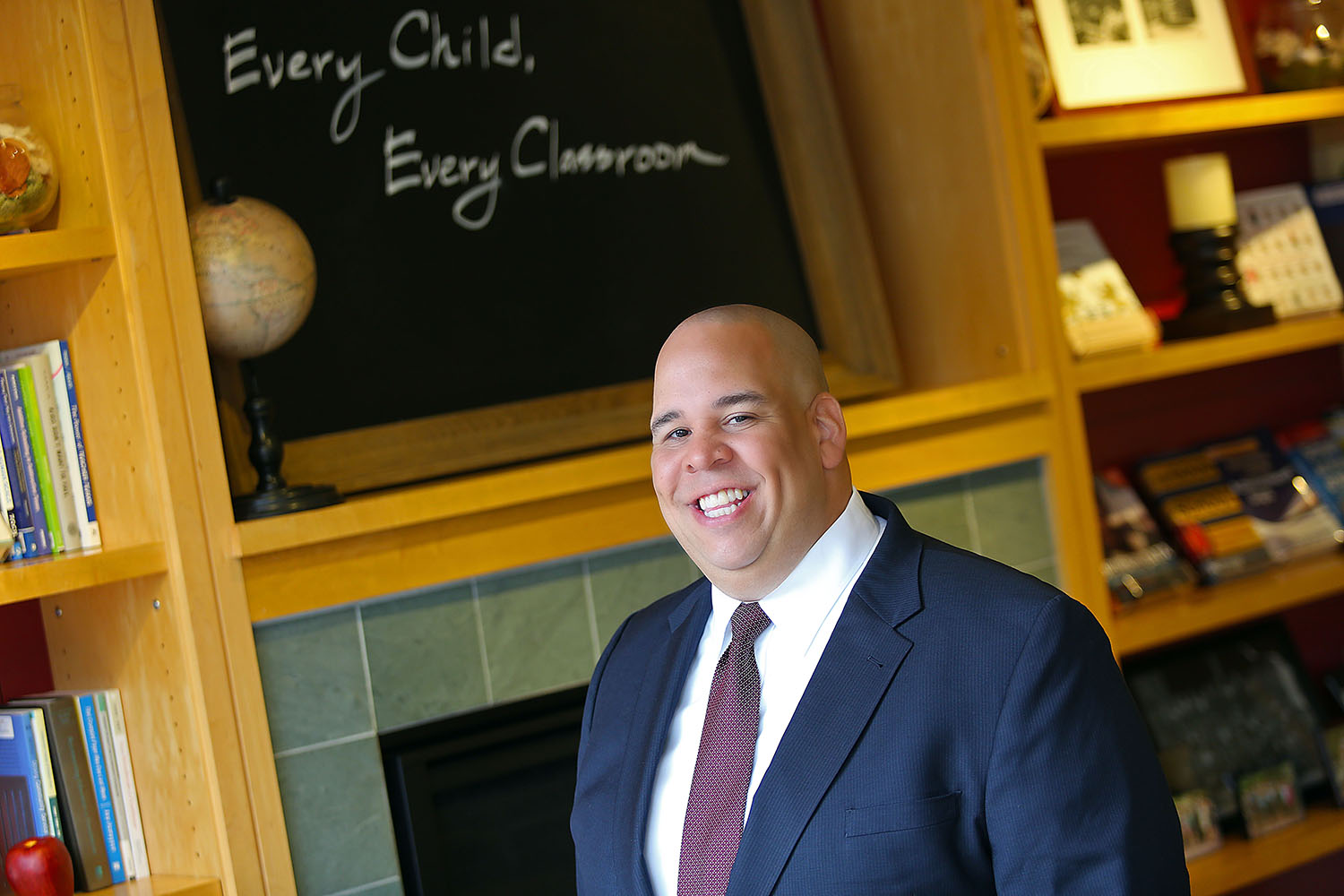 James Mercer, Ed.L.D.’20, says being a middle school principal in Atlanta was the greatest job he ever had. Still, the recent graduate and Commencement marshal came to Harvard looking for ways to increase his impact.

“It’s one thing to be able to go into a turnaround situation as a principal and really bring new life and hope to a school and a community and teach people they have the tools to transform themselves,” he says. “But I wanted to figure out how to do that on a system level. I’m not going to be satisfied until I figure out how to translate that systemwide for thousands and thousands of children and their communities.”

Mercer discovered the Ed.L.D. Program through the work of his heroes: Professor Deborah Jewell-Sherman and former professor Andres Alonso, former district leaders in Richmond, Virginia, and Baltimore, respectively. Through the Ed.L.D. Program, he strived to find what he called “that magic.” “I wanted to learn to provide change like this can happen and quickly on a grand scale,” he says.

As part of Mercer’s residency at the Clark County School District in Nevada, he focused efforts on developing principals. He designed the Aspiring Principals Academy, a professional learning experience that prepared 100 assistant principals with the knowledge, skills, and abilities to advance their work, and address a growing challenge of vacancies in the district.

From my personal experience and from the experiences of the superintendent, the deputy superintendent — all the members of senior level leadership — we've all been principals, but there is no direct translation from assistant principal to principal unless you're lucky enough to have a really good mentor or take part in training or a professional development program, which didn't exist.

What did the Aspiring Principals Academy look like?
It was a 12-week intensive program. We accepted 100 aspiring principals into our academy — that’s roughly 10% of the assistant principal population in Clark County — out of 230 applications. It was totally taught and facilitated by the best and brightest principals in the district. The basic question each mentor principal had to answer was: What do you wish you would’ve known before you said, "OK. I’m ready to be a principal." It was their opportunity to give back to the field. The participants appreciated it because it was their chance to not only learn from people they were working with on the job that they wanted to do, but also to network. Out of the 100 participants, two have been named a principal, one named an acting principal, and five to six are in the advanced stages of interviews for a principalship.

Is this a problem throughout the country? Why?
It's a national problem. At least 10 years ago now, the Wallace Foundation spent a lot of money, like $85 million somewhere in that range, to build these principal pipeline programs in major districts in the country. They gave the districts this money to build and develop their own leadership development programs. And then of course, they studied it along the way to be able to translate whether or not it's effective or how districts did this or how they should do it or recommendations for the field. The thing is the money dried up so did the districts appetite to do this work.

Are principal development programs costly?
It’s not free. Although in Clark County, I did it with no money. Zero. But it's an undertaking that requires a lot of time and a lot of effort. I think, especially now as districts are tightening their belts, it's not a priority. It should be, because how else are you going to have any type of quality control over your leadership and be able to know that your leaders were trained in a certain way to fit the needs of your district. I don't think that there's a one-size-fits-all approach. I think districts have to do it though. They have to get started with where they are: Who do you want your other principals to take after, in terms of competencies? Then, put them in front of that person. Start those conversations. Have those professional learning communities in place so when principal vacancies open, you have a stable of people to pull from rather than taking a shot in the dark.

The experts are already in your districts and you have to be ready to tap them. Many are chomping at the bit to do this kind of work. When asked to be a part of this learning experience, many were all honored. It was just a matter of identifying them and simply asking. They didn’t ask for pay or comp but did it out of goodness of their heart. I think you can get started on shoestring budget but it has to be a priority to you.

You said you came to Ed.L.D. seeking “that magic.” Did you get that magic?
Yes and no. I have many more questions now than I had coming in. But I also think that the self-transformation that happens when you enter the Ed.L.D. is real. I possess some tools and skills that I didn't even know I had. Ed.L.D. brought that out in me and illuminated to myself that, "Yeah, you can do this work. It is possible." It’s not something that you enter into lightly and it's not something that's going to happen overnight. But you have to prepare yourself for the long battle.

Read Q&As with the other 2020 doctoral marshals: