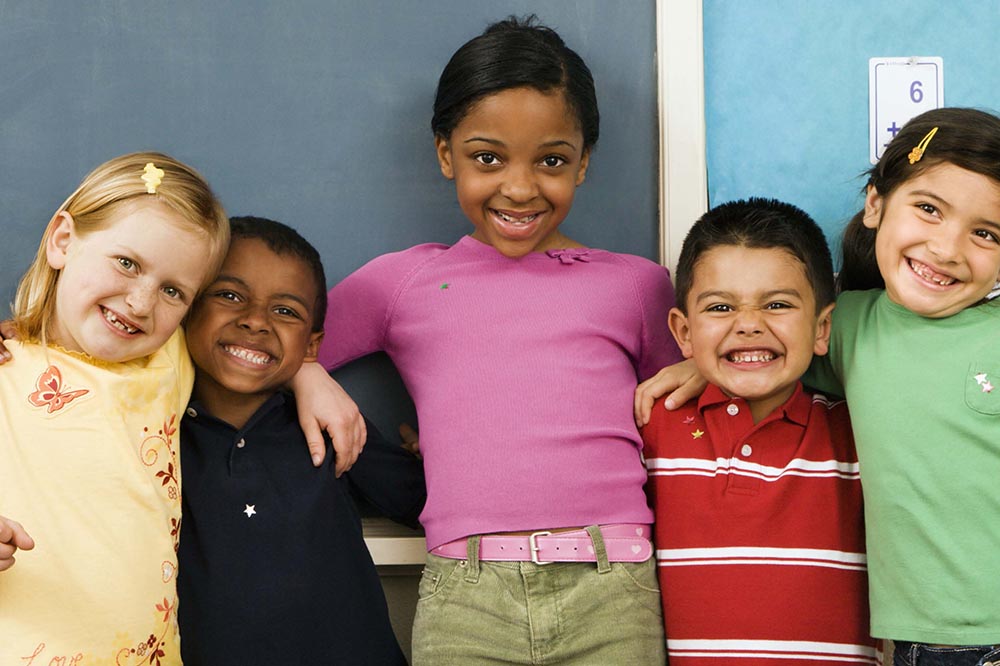 According to new research published today, a large majority of parents across race, class, geographic region, and political affiliation favor substantially racially and economically integrated schools, and that support appears to have increased since President Trump was elected. But research also indicates that when parents have more control over where to send their children to school, their choices make schools more segregated.

Published by the Making Caring Common project at the Harvard Graduate School of Education, Do Parents Really Want School Integration? examines why parents end up sending their children to more segregated schools and what parents, communities, and school districts can do about it.

“There is strong support for integrated schools among a wide cross-section of parents, and that support appears to be on the rise,” said Richard Weissbourd, senior lecturer at the Harvard Graduate School of Education, faculty director of Making Caring Common, and co-author of the report. “But when parents have choices, it looks like schools are becoming more segregated. It’s vital to understand why.” Making Caring Common researchers conducted a large-scale national survey of U.S. adults and held numerous individual interviews and focus groups with a wide array of Americans to explore whether and how much parents value school integration and the factors that shape their thinking about sending their child to an integrated school. This research suggests that:

While most parents expressed support for integration, the research also suggests that a complex mixture of concerns about school quality and a variety of unacknowledged racial and class biases may deter many parents from choosing integrated schools for their children. Research indicates that many white, advantaged parents, for example, appear to make their decisions based on the number of parents like them at a school. Many parents make decisions based on school quality measures, such as test scores, that favor more advantaged school populations and commonly don’t reflect actual educational quality. “Many parents don’t do the legwork to determine which schools in their district are actually high-quality and might work for their family,” said Eric Torres, Ph.D. student at Harvard University and co-author of the report. “To get beyond their biases and misperceptions, parents need to actually visit schools, talk to people with education expertise, and get out of their bubbles. Talking to people from other classes and cultures can be particularly valuable.”

An abundance of research suggests that integrated schools benefit all children and are key to students developing competencies essential to work, life, and constructive citizenship in a diverse society and increasingly global economy. Thoughtful school integration is also a critical long-term strategy for mending long-standing racial and class divisions. Integrated schools are also a matter of basic equity — low-income students and students of color are far more likely to be segregated in under-funded, overcrowded schools with less qualified teachers and without access to important resources.

“As parents, neighbors, and community members, we have a fundamental moral responsibility, not just to desegregate — but to thoughtfully integrate — our schools,” said Weissbourd. “It’s good for all children and it’s a matter of basic equity and our commitments to one another in a democratic society.”