What Does it Mean to Be American?

A new project encourages students to explore their identities and share the stories of what makes them unique — and uniquely American.
By Jill Anderson
November 18, 2019

Jessica Lander, Ed.M.'15, participates in a panel discussion marking the opening of the We Are America exhibit at Gutman Library. 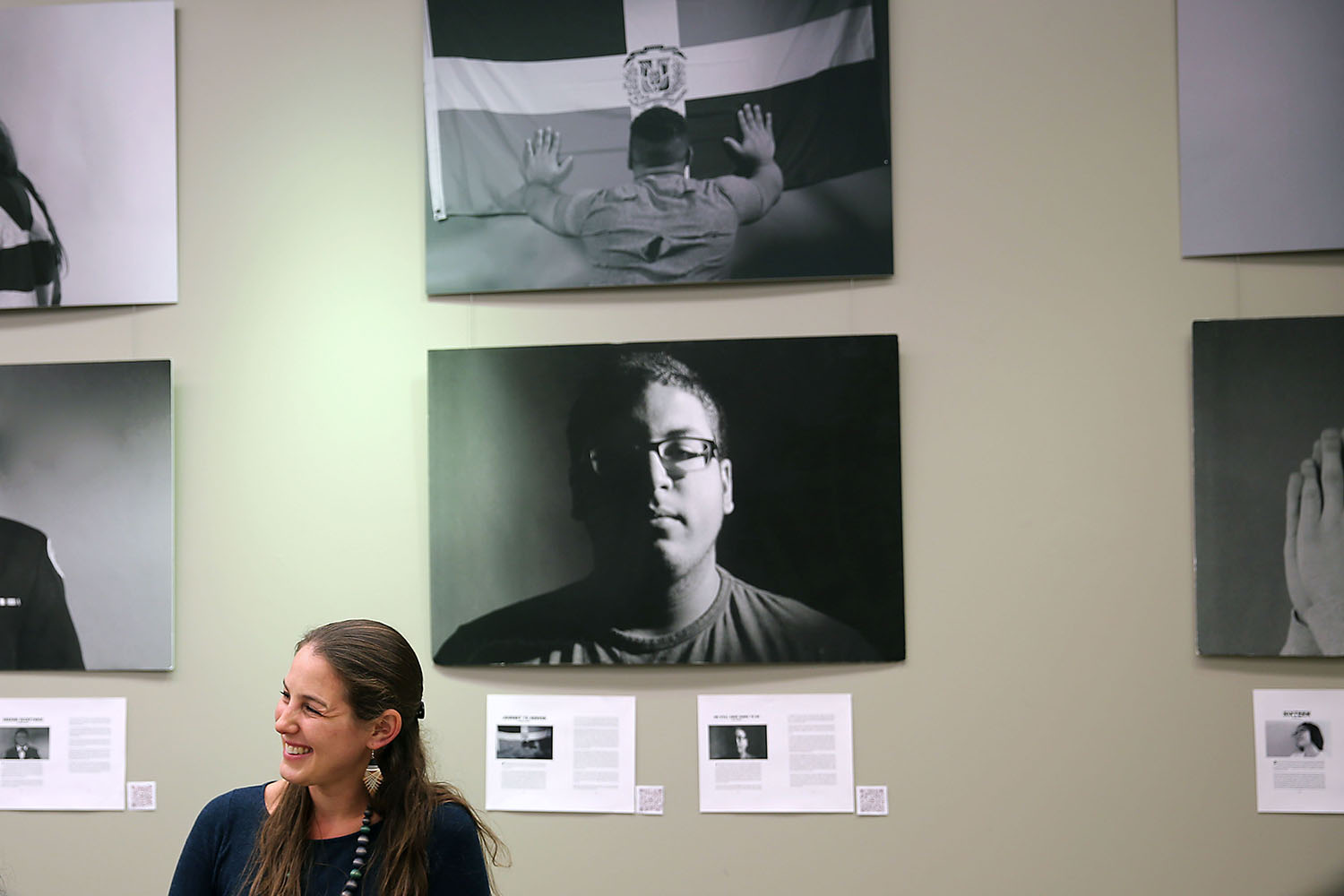 Jessica Lander, Ed.M.'15, participates in a panel discussion marking the opening of the We Are America exhibit at Gutman Library.

It started with a simple and yet difficult question for Lowell High School students in teacher Jessica Lander’s Seminar in American Diversity: What does it mean to be American?

Over the course of a year, the students delved into their identity for the class project that was soon dubbed We Are America. Now, that project has grown into a national phenomenon inspiring thousands of students around the country to share stories about their unique identities.

“This project opens the door to students wanting to share and be vulnerable…,” said Lander, Ed.M.’15, during a recent workshop at Gutman Library at the Harvard Graduate School of Education. “Is that a dangerous space to bring students to? I think as an educator what I try to do in class is open doors and create space; if students want to share a particular story, they can navigate a way to share that story. I’m not going to push anyone to share a happy story, a sad story, a big story or a small story. It’s the story you want to share.” 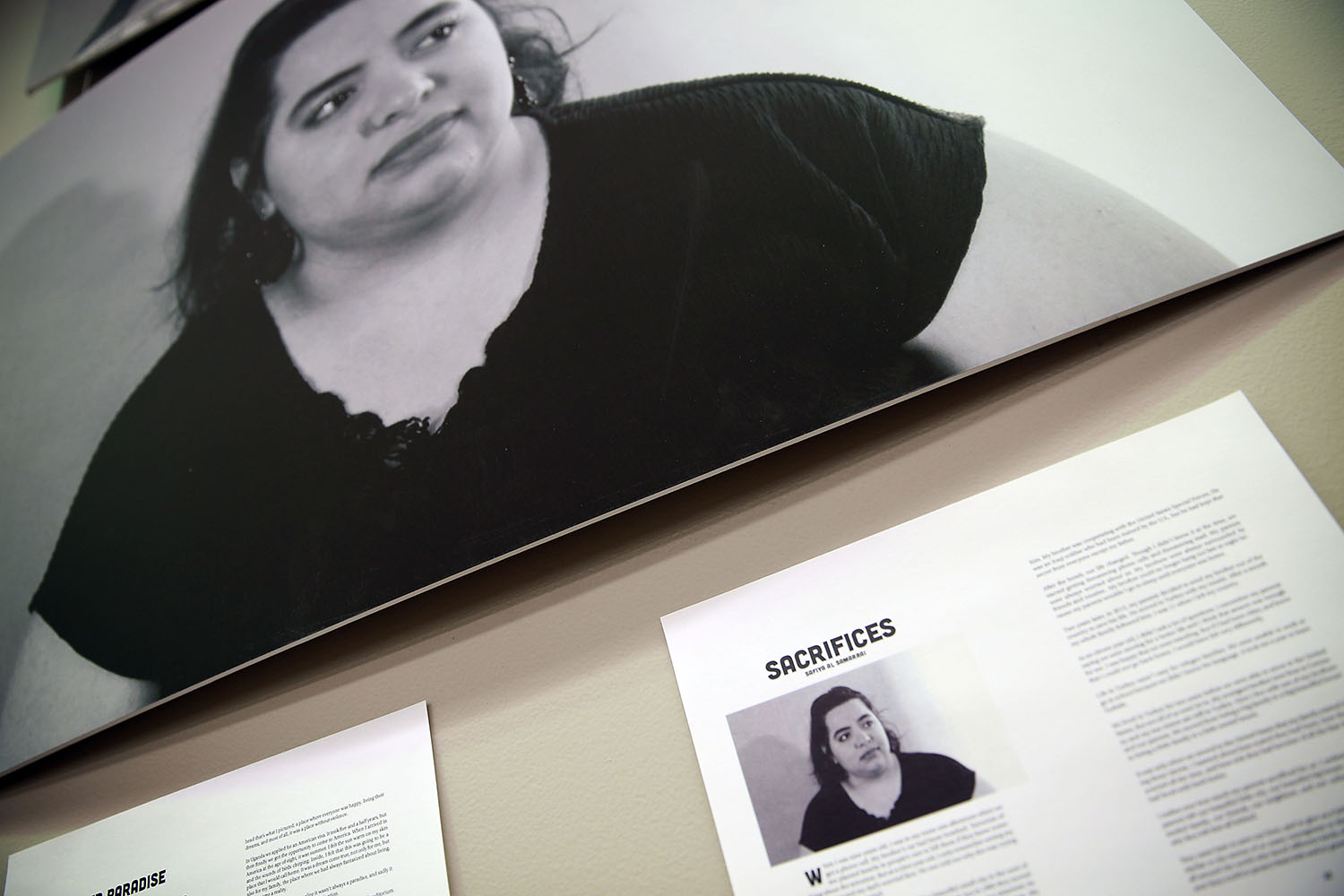 Safiya Al Samarrai's story is one of the many on display at Gutman Library's We Are America exhibit.

From the onset, Lander’s students were aware that their stories would be shared publicly, and potentially beyond their school. During the yearlong project, the students wrote many drafts of their deeply personal essays, often about immigrating to America or about certain aspects of their American experience — from mental health challenges to learning to accept the color of their skin. Those stories culminated in the book We Are America, which features portraits alongside the students’ stories.

A collection of the portraits and stories are now being exhibited at Gutman Library, where Lander and several of the students spoke about how the project came together and how other educators can explore similar topics with their own students.

“Many students were very courageous in sharing stories that are vulnerable,” Lander said. “In that space as an educator it’s [about] being there to support.”

Almost a year after the project began, it was the students – many now graduated and moved on to college – who expressed interest in scaling it beyond their school.

“On the last day of school, we had the idea: Let’s make the project a national project,” said Safiya Al Samarrai, noting that at first they weren’t sure how to make that happen but jumped at the opportunity to take the project to the next level. “It’s very exciting and powerful.”

Now, in collaboration with Facing History and Ourselves, Reimagining Migration, and New York’s Tenement Museum, the project has expanded to 23 states, involving 36 teachers and 1,300 students. At the end of next year, those new stories will be collected into different volumes based on the regions. 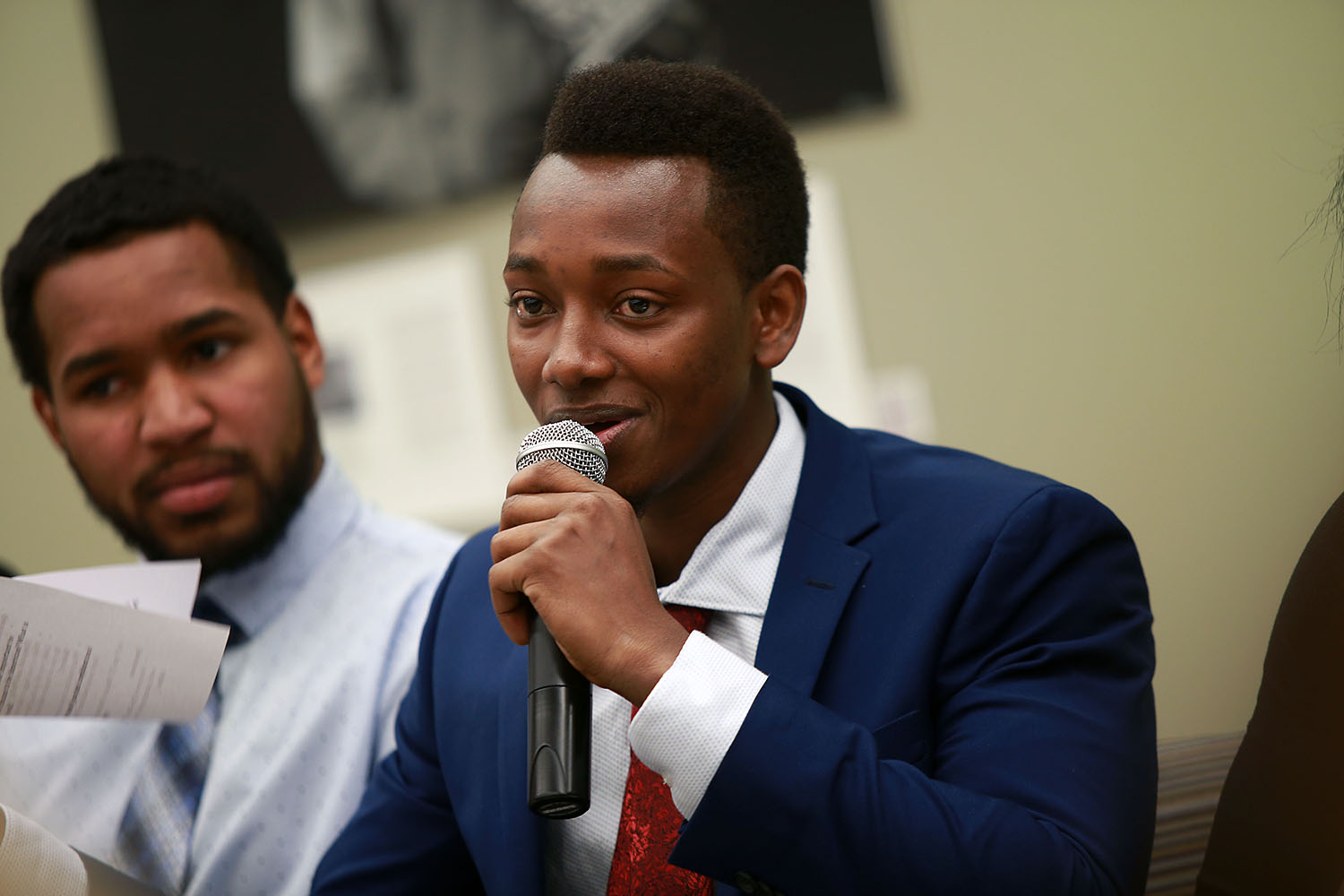 Robert Aliganyira, whose story is among those on display at Gutman Library's We Are America exhibit, participates in the panel discussion.

“We are breathing in a really toxic air right now …. As educators, how do we push this out, how do we filter the air, empower young people so they actually have a chance to change the conversation?” said Adam Strom, director of the education initiative at Reimagining Migration. “I think where Reimaging Migration and Jessica Lander … intersect is we believe very much in the power of young people and the power of children to enter these conversations and change these conversations. In the middle of a toxic environment when everyone is talking about you, how powerful for people to reach out and say, ‘This is actually who we are.’”

For Philly Marte, one of the students from Lander’s class who continues to work on the project as a college freshman, the stories are important. “I believe this project and these stories will create a sense of unity within this country for the people writing these stories and reading these stories,” he said. “Your story matters. Your voice matters and there’s someone else that’s gone through what you have and understands. I believe it will create more peace and more understanding across everyone who comes in contact with this project and this book. I’m not just saying that because I’m one of the people leading it but I honestly believe these stories could change a few lives.” Educating in an Era of Mass Migration

The Reimagining Migration project strives to make conversations around migration a part of curriculum and classroom culture so that all students can feel supported.