The Scars that Prison Leaves

Recording artist Casanova joined Edyson Julio, Ed.M.’18, at HGSE for a conversation about incarceration, its impact on urban education, and pathways to reform.
By Emily Boudreau
October 10, 2019

Casanova (left) in conversation with Edyson Julio in Askwith Hall on October 9. 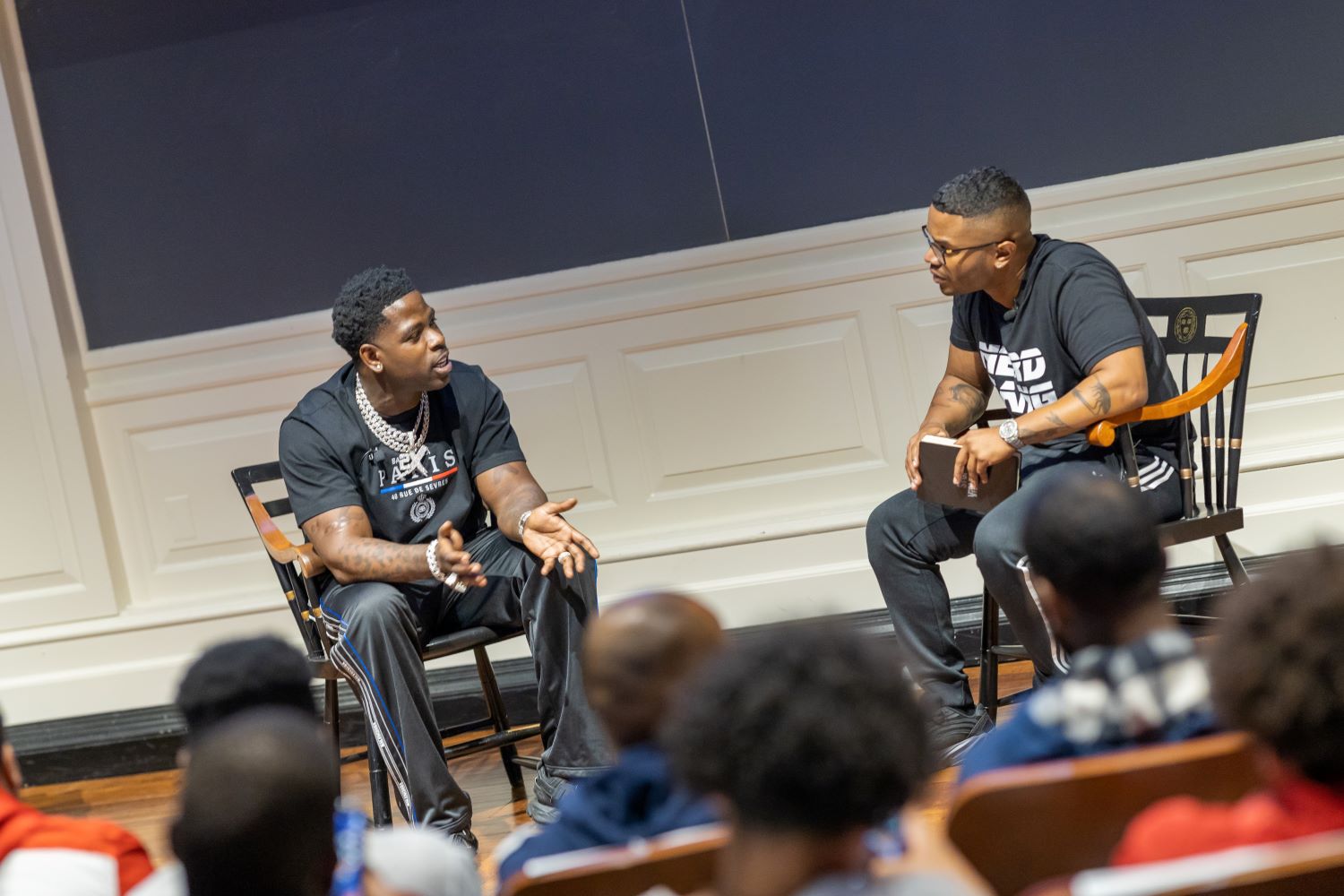 Casanova (left) in conversation with Edyson Julio in Askwith Hall on October 9.

In Askwith Hall on October 9, Edyson Julio, Ed.M.’18, was joined by rapper Casanova for a conversation on monsters — specifically the specter of incarceration that looms over urban education in historically marginalized communities. Both Julio and Casanova are advocates for reform — Julio through his work with incarcerated youth and on the relationship between urban culture and civic duty, and Casanova through his music that draws from his own experiences with the justice system.

Early in the conversation, which was sponsored by HGSE’s Office of Diversity, Inclusion, and Belonging, Julio asked the question that set the tone: “Nietzsche said, ‘Anyone fighting monsters should see to it that in the process, they do not become a monster themselves.’ If we say, for example, that the monster is the prison system, do you think it’s possible to beat that monster, or to survive in that monster, without having to become one?”

In response, Casanova spoke about the harsh reality of his time in prisons and how he used that as inspiration for his sophomore album, Behind These Scars. “You have to have something to lose in order to even care about life,” he said. “There’s some fine print to gangsters… . Jail made me cold and bitter. That was the monster.”

Julio and Casanova also discussed potential avenues for reform, including working with parents, improving access to psychological resources, and exploring sources of economic inequality. Audience members had a chance to ask questions in an open Q&A session.

The Office of Diversity, Inclusion, and Belonging, as well as HipHopX at HGSE, will continue to explore the ways in which hip hop intersects with education and hopes to continue the conversation with other artists over the course of the year. Harvard EdCast: From Prison to Ph.D.

Stanley Andrisse, director of From Prison Cell to Ph.D., discusses the school-to-prison pipeline and how higher education can transform the lives of formerly incarcerated people. Edyson Julio writes about the demands urban culture puts on young people to perform to survive.