West, an expert on education policy, will hold the rotating chair for the next two years.
By Jill Anderson
October 7, 2019 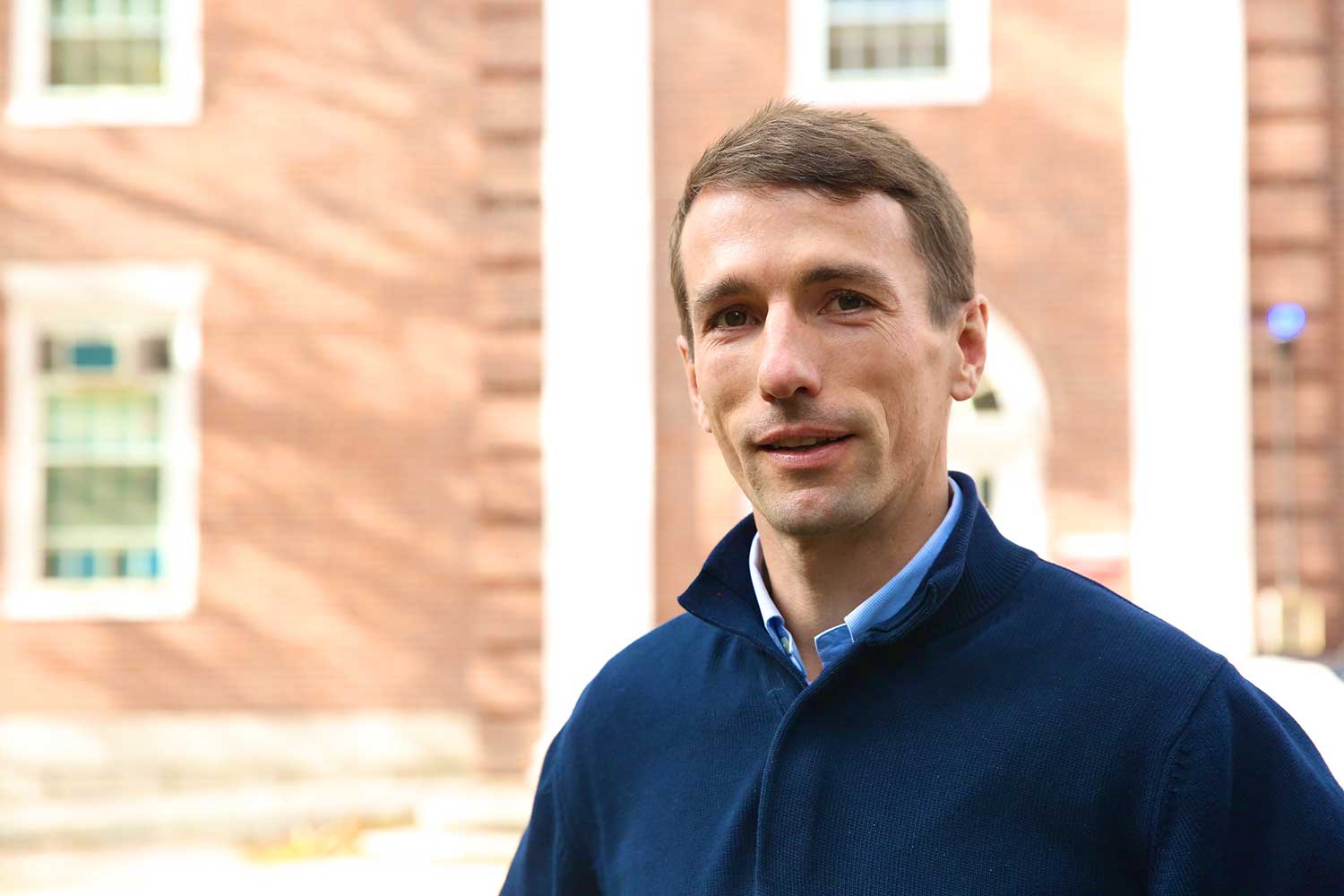 Harvard Graduate School of Education Professor Martin West has been named the William Henry Bloomberg Professor at Harvard. The professorship was endowed by former New York City Mayor Michael Bloomberg, a graduate of Harvard Business School, in memory of his late father, and supports a rotating series of scholars and practitioners who teach and conduct research in the fields of philanthropic policy and practice, public service and volunteerism, and the effective leadership and management of nonprofit and public institutions.

“Improving public education has been a central theme of Mike Bloomberg’s philanthropy and public leadership as New York City mayor, so it is exciting to see this chair return to the Harvard Graduate School of Education,” West said, “and it is of course an honor to be identified as one of the many Harvard faculty members whose work could contribute to that goal.”

West — an expert on education policy, particularly how policies affect student learning and noncognitive development in K–12 schools — will hold the chair for two years, at which point it will continue its rotation through various Harvard schools.

“This recognition reflects the tremendous work Marty has done as a researcher, educator, and bridge-builder across the sector of education,” said Dean Bridget Long. “Marty is not only an accomplished scholar and leader in education policy, but a valued teacher and mentor to our students. His work has impacted, and will continue to impact, the way that we understand the efficacy of education policies and reforms in the United States.

West joined the HGSE faculty as an assistant professor in 2009 where he has pursued a range of research including the effects of charter school attendance on cognitive and noncognitive skills, the use of data in schools, and the influence of pay on teacher quality. Most recently, he examined American’s views on education policy to better understand how the public has been influenced the polarization in national politics.

West has held positions as senior education policy adviser to the ranking member of the U.S. Senate Committee on Health, Education, Labor, and Pensions in 2014–2015, the non-resident senior fellow in economic studies at the Brookings Institution, deputy director of the Harvard Kennedy School's Program on Education Policy and Governance, faculty research fellow at the National Bureau of Economic Research, and editor-in-chief of Education Next, a journal of opinion and research on education policy.

In the coming year, West plans to continue his research on how schools influence students' social-emotional development beyond what's captured by test scores. West earned a Ph.D. in government and social policy from Harvard University, a master's in philosophy from Oxford University, and bachelor's in history from Williams College.