A Tribute to Howard Gardner

The prominent psychologist and originator of the theory of multiple intelligences will retire at the end of this academic year.
By News editor
May 21, 2019 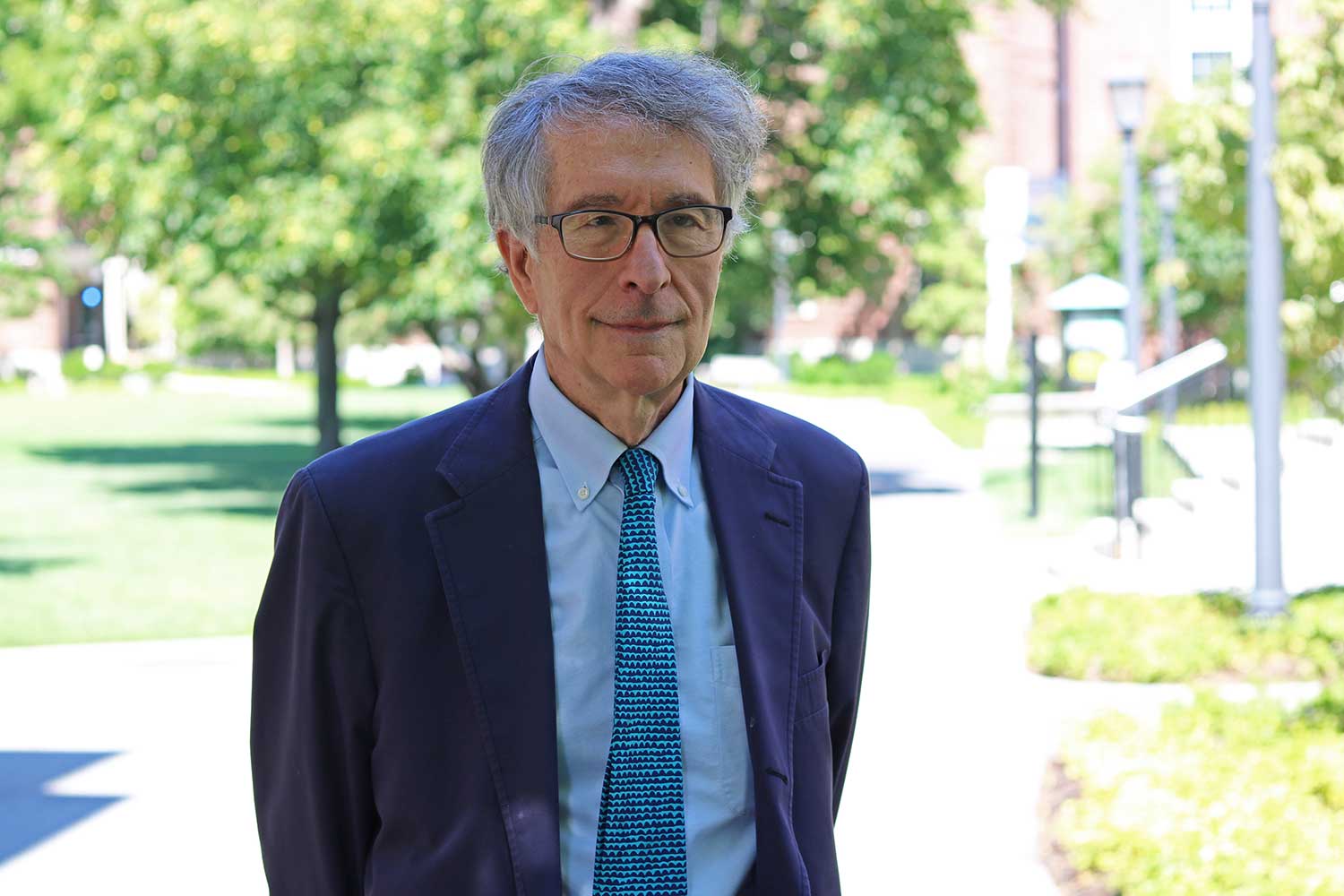 An eminent scholar, psychologist, and educator, Professor Howard Gardner is best known for his theory of multiple intelligences, which suggests that human intelligence should be differentiated into modalities, rather than be accepted as a general ability. Part of the original team of researchers at Project Zero when it was established by Nelson Goodman in 1967, Gardner went on to become co-director, then senior director, a position he continues to hold today. His research with Project Zero includes The Good Project, which promotes "excellence, engagement, and ethics in education, preparing students to become good workers and good citizens who contribute to the overall well-being of society," and Higher Education in the 20th Century, a large-scale national study of college today.

Gardner will be retiring from teaching at the end of this academic year. To mark the occasion, his Project Zero colleagues, Mindy Kornhaber, Ed.M.'88, Ed.M.'90, Ed.D.'97, and Mara Krechevsky, pay tribute:

In 1987, I entered HGSE intending to override my prior studies in music and creative writing with a quick credential for the field that employed me: higher ed administration. But something went terribly right. Thanks to a new shuffle of fall courses, I could take Creativity, taught by somebody named Howard Gardner.

From the podium of 100 Longfellow Hall (now Askwith), Howard launched a fleet of mind-opening questions: In what ways might creativity be an attribute of individuals or result from an interplay of individuals within larger social systems? How might we compare the creative orchestration of a Mozart symphony with that of an enjoyable dinner party? What is a creative product? A creative process? How do creativity and intelligence intersect? That first class sparked what Howard calls a crystallizing moment: My trajectory was reset. Instead of returning to higher ed administration, I soon launched my scholarly career under Howard’s aegis.

Because Howard stands far to the fox side of the fox-hedgehog divide, his research portfolio is packed with illuminating responses (e.g., 30 solo-authored books, 496 scholarly articles) to questions about human cognition and its development, ideally toward pro-social ends: How do symbolic capacities develop across domains of human problem solving? What happens to symbolic capacities after brain injury? What is intelligence? What is disciplinary understanding, and how can it be fostered? What forms of assessment best advance understanding? What characteristics mark the minds of leaders? How is technology influencing young people’s thinking about themselves and others? How is liberal arts education functioning in higher education, and how might it function better? How can the essential qualities of good work — excellence, engagement, and ethics — be instilled?

Howard’s answers to such questions have enlightened so many minds that he was chosen for the inaugural cohort of MacArthur Fellows, has received 30 honorary degrees, and has been honored by two eponymous schools. He’s also been named one of the most influential thinkers in U.S. education, one of the world’s leading public intellectuals, and a “global guru” of business management.

Howard’s many accomplishments are partly attributable to his self-described synthesizing mind, one that forges insights by bridging disciplines: psychology, the arts, education, neuroscience, philosophy, history, and business. In addition, he operates at “Howard’s speed” (page turning is reading), with a peerless work ethic (every day is a writing day) and planning prowess (aided by a folded list he continually consults and his assistants who regularly retool his schedule). He has also hired and trained junior researchers, positioning them to contribute to big questions. Along the way, Howard has proven his case to 49 funders — from the Andy Warhol Foundation to the Veterans Administration — who’ve provided 98 awards, totaling 367 years of support, or nearly seven-times the length of his 52-year career.

Yet, Howard has exceeded expectations by fulfilling at least eight professional roles. He is a gifted researcher and writer; a teacher dedicated to generating students’ understanding; an unparalleled mentor, who guides younger researchers, students, and staff with specific feedback and advice (“These reviewers’ comments aren’t unusually horrible. Focus on what’s useful in them.”); a leader who models the highest standards for productivity, quality, and ethics; an organization builder, who, with David Perkins, grew Project Zero from a team of three in 1967 to scores of teams whose work has worldwide influence on education writ large; a strong collaborator, whose engagement sustains productive research relationships over many years; and a local, national, and global citizen, who has given time and ideas to numerous educational institutions, scholarly societies, and arts organizations.

Howard, in all his many roles, was celebrated in a collective labor of love by 116 contributors to a Festchrift for his 70th birthday, which his wife, Ellen Winner, and I co-edited. The contributors spanned four continents and four generations, including two of Howard’s Harvard teachers and several of his youngest collaborators. Their essays reflected on Howard’s life and scholarship, how these have inspired their own endeavors and, in turn, influenced their colleagues, students, and families.  And so, Howard’s legacy of extraordinarily good work will continue around the world and far into the future.

A Limerick in Honor of Howard Gardner’s Retirement

For Howard at HGSE
A soon-to-be retiree.
Do we think he’ll slow down?
This scholar of renown
When a lifelong learner he be?

I doubt he will come to “full stop”
Unless we remove his desktop.
This MacArthur Fellow
Not well-known for mellow
A “global guru” at the top.

Eight smarts, five minds, and three E’s
Plus 30 honorary degrees.
Thirty books he has penned
But that’s hardly the end
Now he blogs to share his theories.

A truth, beauty, and goodness fan
He connects dots wherever he can.
Guides grad students and staff,
Shows he cares, makes them laugh
He’s a word-playing, quip-saying man.

To Harvard and GSE too
Howard often gives more than his due.
With Dave Perkins he led
Project Zero ahead
To link theory and practice anew.

Higher ed is now his concern
From diverse voices he’s eager to learn.
Do goals and values align?
Shall we redesign?
What insights are still to discern?

To schools his wisdom he’ll lend
To museums an eternal friend.
To science and art
He gives mind and heart
The perfect Renaissance blend.

1983  Proposed his theory of multiple intelligences in the seminal work, Frames of Mind: The Theory of Multiple Intelligences

1986  Joins the faculty of Harvard Graduate School of Education

1998  Named the John H. and Elisabeth A. Hobbs Professor of Cognition and Education at HGSE

2000  Awarded a fellowship from the John S. Guggenheim Memorial Foundation

2005  Selected by Foreign Policy and Prospect magazines as one of 100 most influential public intellectuals in the world. (Named for a second time in 2008.)

2011  Receives the Prince of Asturias Award for Social Sciences

2019  Presents initial findings from study, Higher Education in the 21st Century, during a three-part lecture series at the Ed School