Putting a Stake in the Ground: Nathan Whitfield, TEP'19

The Intellectual Contribution Award recipient for the Teacher Education Program reflects on his time at HGSE and looks toward the future.
By Marin Jorgensen
May 14, 2019 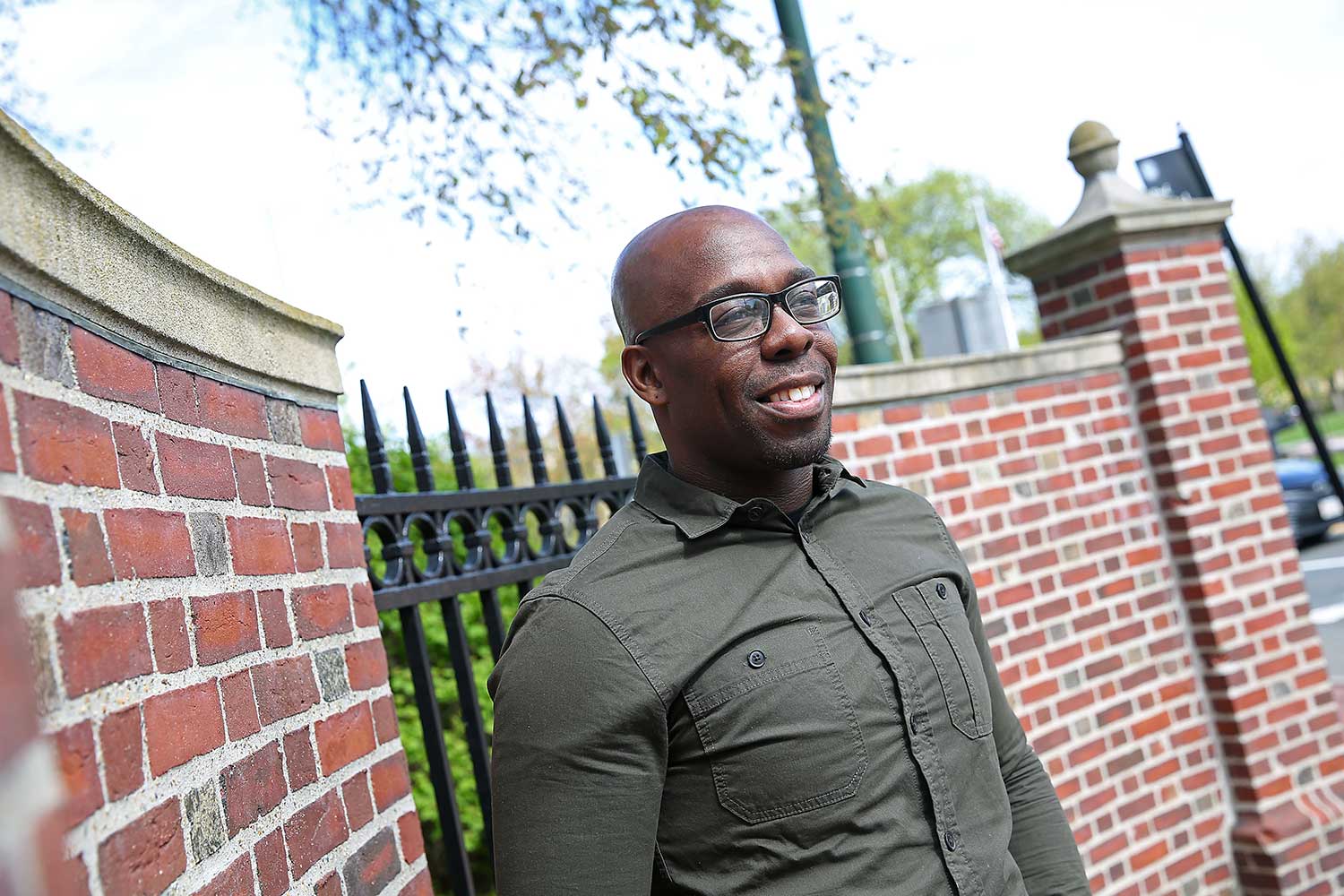 Not all schools and districts are created equal. This is something that Nathan Whitfield knew well from his eight years as a teacher in Helena, Arkansas. He came to the Ed School wanting to add a voice to the discourse about rural schools and communities — places he feels have been too often forgotten or neglected.

“In the recent education discourse, so much time and space is given … to urban education and schools, and so I saw this opportunity as a way for me to speak, in some ways, for the families and children I have tried to serve in my classroom in rural Arkansas,” Whitfield says.

Keeping these communities at the center of the conversation is a challenge, but one that Whitfield continues to meet head on. “The reality, at least as it has appeared in conversations here at HGSE, is skewed so much away from these ‘poor’ and ‘remote’ places that it has made me more resolved and emboldened,” he says.

Whitfield’s commitment to his students and the community in which he taught was immediately evident to all in the Teacher Education Program (TEP), as was the sacrifice that he made to leave for a year to come to HGSE.

“Nathan’s concern for his students and their communities ran so deep that he found it very difficult to leave his classroom to attend TEP. Once here at HGSE, though, his TEP colleagues quickly came to value deeply his decision to do so,” says Lecturer Vicki Jacobs, faculty director of TEP, noting how the peers who nominated Whitfield for the Intellectual Contribution Award praised him for bringing “his full self to every conversation” and “never [backing] down from a challenge,” while also acknowledging his knowledge, wisdom, intellect, and authenticity. “The students and schools in which he chooses to serve in the future will be fortunate to have his company and constant championship of educating all children well.”

Here, Whitfield reflects on his year at HGSE and looks at his future in education:

What was your greatest fear before attending HGSE? My greatest fear prior to attending HGSE was fearing I would lose my passion for teaching and become yet another educator who decided to leave the classroom for policy, administration, or to open yet another “new” school somewhere. Being here has provided a recognition of the immense privilege I possess in the world and an awareness of what putting that privilege to use actually looks like.

What is something that you learned at HGSE that you will take with you throughout your career in education? A private conversation with Dr. Cornel West in which he asked me, “What are you willing to die for?” It seemed heavy at the time, but the spirit of what he said is undeniable. Privilege enables us to speak of injustices and half-heartedly commit ourselves to a cause without having to really sacrifice anything … or sacrificing the semblance of something meaningful. But you will know the worth of something or someone in your life when you can step back and examine how much you are willing to sacrifice for it. For me, as an African-American male educator, it is a challenge to examine the manner in which I speak of the injustices and inequities in education. How much am I willing to sacrifice for it?

Is there any professor or class that significantly shaped your experience at the Ed School? Undoubtedly, Houman Harouni and his class on Power and Pedagogy. There are no words for that course and how it has challenged my thinking both in and out of the classroom. Particularly, the course forced me to wrestle and struggle with ideas and aspects of being that transcend time and any specific discipline.

How did you stay inspired throughout the year? James Baldwin is my “raison d’etre.” I travel with the canon that is his works, and while I cannot ever aspire to be the next Baldwin, his words have provided grounding repeatedly. I have told everyone I meet at HGSE, you will never go wrong seeking the timeless advice of Mr. Baldwin. He has not failed me.

What advice do you have for next year’s students going through your program? “Put a stake in the ground…”

I found myself annoyed sitting in classes with students and some professors who would engage in discourse primarily in theory and with lofty concepts. During one particular small group for a class, I finally told a fellow student who kept prefacing and referring to what the “text” said about something to “put a stake in the ground.” I don’t care if your opinions change, and they probably will over your time in education and at HGSE; however, in any given moment, you do know and believe something. Name that. Engage with it. Let people challenge it. But “put a stake in the ground” and hold fast to it. Do not become so immobilized in doubt, “what ifs,” and theory that you cannot name what you believe and why.

The number one, biggest surprise of the last year was … I am the only African-American male in my cohort. I sit with the weight of this reality and the recognition that such is but a microcosm of the U.S. education system every day.