Educating in an Era of Mass Migration

The Reimagining Migration project strives to make conversations around migration a part of curriculum and classroom culture so that all students can feel supported.
By Emily Boudreau
May 1, 2019 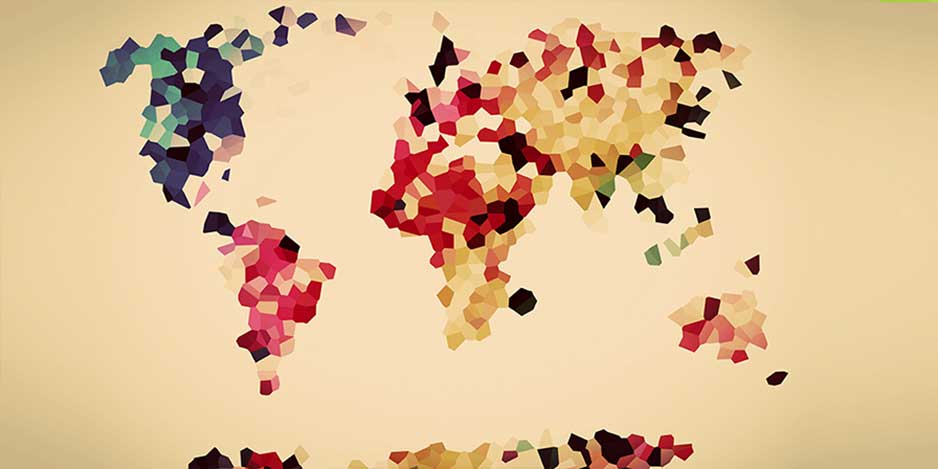 Humans have been on the move since we first walked the Earth. According to researchers at the Reimagining Migration initiative — a collaboration between educators at UCLA and the Harvard Graduate School of Education’s Project Zero — the stories of that movement, and the backlash to it, are universal.

In the United States, the narrative of immigration often tends toward a black-and-white story of “us versus them.” Yet, as Reimagining Migration Director Adam Strom points out, there are multiple dimensions to every story, and the classroom is the ideal place to bring these stories into conversation and confront biases. With Reimagining Migration, Strom and Research Director Veronica Boix-Mansilla, also a principal investigator at Project Zero, are developing a comprehensive educational framework that includes a curriculum map to help teachers structure these dialogues.

“How do we start to understand these moments?” asked Strom at the recent HGSE seminar, World on the Move: Responding as Educators to an Era of Mass Migration. He gestured to the screen behind him that displayed a familiar picture: a woman wearing a t-shirt emblazoned with the princesses from Disney’s Frozen running from a cloud of tear gas, holding her two children by the arm at the U.S./Mexico border. “We get all these images flashed at us, but what’s underneath these moments? So often migration is thought of as a current event, but it’s actually much more than that. It’s injustice, fear, national sovereignty, a familiar narrative that goes into that moment. Ideas about who these folks are, ideas about what’s on the other side of that wall. There are histories in conversation here.”

Yet all too often, schools pass up the opportunity to use those histories to spark learning moments. To demonstrate how these moments could work, Strom asked attendees to turn and share their origin stories with their neighbors. Participants found that they had grown up in the same state, spoke the same language, had family roots in the same countries. These discoveries of shared narratives transformed a room full of strangers into a room of people with common experiences. This is precisely what Reimagining Migration’s curriculum hopes to do in the classroom — connect students and create a culture of acceptance through rigorous study and critical thinking.

Considering the project’s focus of finding commonalities and seeking out connections, it is understandable that its founders — UCLA’s Carola and Marcelo Suárez-Orozco, whose work on mass migration, globalization, and education informs Reimagining Migration — sought out institutions and individuals that could contribute to the goal of translating pedagogy into practice. Boix Mansilla’s work on global competence made Project Zero a natural partner. Further, Project Zero’s Out of Eden Learn had already been involved in collecting narratives of migration. Strom, as the former director of scholarship and innovation at Facing History and Ourselves, has worked on developing materials and content for educators to confront hatred and bigotry.

“We always had a desire to work together because we have similar mind-frames and care about similar things,” Boix Mansilla says. “We have a commitment to reconnect serious scholarship with practice and to bring the most significant issues of our time into the classroom for careful consideration by teachers and youth.” She notes that given the climate of political division, hostility, and threats of immigration enforcement, helping young people and teachers understand human migration as a shared condition and learn from the ways in which people in the past have dealt (more and less successfully) with human flows is essential.

With Reimagining Migration, Boix Mansilla is building on her work on global competencies to help educators understand the kind of capacities that students will need to navigate a world on the move — such as a disposition toward perspective taking, inquiry about migration, communication across differences, and action against inequities. “What is needed is not just more bits of information about migration, or the development of isolated skills, but fresh thinking about the kinds of people our schools may seek to nurture for the world of today — a way of thinking where we view learning at once as a cognitive, social, emotional, ethical, and civic act,” Boix Mansilla says. Her intention is not only to translate the deep research conducted in the field, but also to ensure it has an impact on practice and to study how that impact unfolds.

Boix Mansilla and Strom are currently working on piloting Reimaging Migration’s curricula and a corresponding app across the country, in schools and informal education sites like museums. Workshops for educators and administrators are held and run through Project Zero and UCLA. Workshop attendees have the opportunity to become fellows and advocates for the program as they learn about instructional methods, curriculum, and resources to use in formal and informal learning settings.

As a Reimagining Migration Fellow, biology teacher Emily Veres had the opportunity to plan a curricular unit to be carried out in her classroom and potentially in classrooms across the United States. The resources laid out by Boix Mansilla, Reimagining Migration, and Project Zero informed Veres’ work. “I feel empowered to make time in such a heavy curriculum where my students can engage in dialogues, explore complexity, and make connections to their own lives. When I can take a step back and let the students do the exploring and thinking, a rich conversation can develop that goes well beyond the required curriculum…. It’s the bigger picture that my students end up enjoying and remembering for years to come,” Veres says.

One result was a six-day exploration of human migration maps involving topics like lactase persistence, DNA mutations, and climate change refugees. The students then created their own maps, documenting lactase persistence in their own classroom as well as modern and historical migration events. However, it was the connections they made with each other and current events that Veres feels truly made a difference. “They were incredibly engaged and excited to learn about each other in a personal way. Several of them commented on how they had been in school with their friend for years and yet never knew this about their family. They were able to see the complexity of the situation… [and recognize] we must see beyond pity and understand that migration is the human story,” Veres says.

Veres collected and read through the responses of her students. “Everyone in your family is impacted by migration, so you shouldn’t see it as a burden. It’s hypocritical and harms the development of our communities by detracting from the positive things that could happen,” one student wrote. Another observed, “We were never meant to stay in one place, as we were nomadic. People created spaces and borders. Borders separate and can prevent integration — we saw this with colonization.” Veres’ students learned about the human genome but were also able to connect with a much deeper narrative about shared, human experiences.

Not only is Reimagining Migration helping teachers reimagine science classes, a subject in which migration is rarely addressed, it’s also had an impact on the way museums think about their own collections. Lynn Russell, head of education at the National Gallery in Washington, D.C., is another educator inspired by the work of Boix Mansilla, Strom, and the Suárez-Orozcos  after attending a Reimaging Migration workshop at UCLA. Russell notes that museums tend to lift some of the formal barriers of schools and are places where children open up and feel free to express what they notice. Immigration and migration had been hinted at in much of the museum’s curriculum, but Reimagining Migration provided a solid framework.

“This is not a choice as far as we’re concerned,” says Russell. “[Immigration] is a fact and we need to do a much better job of integrating children into an educational system, a learning system, and experiential early life that creates strong individuals and competent citizens so we’re happy to be part of this work.”

“The job of a teacher has really changed in the last 10 or so years,” Boix Mansilla says. “It’s listening to teachers’ needs and trying to frame the anchoring ideas that will then help teachers do their job better. Because these kids are going to be future leaders, architects, doctors, nurses. This is our society. These are the faces, this is the future and we have an obligation — a legal, a humanitarian obligation — to embrace them.”